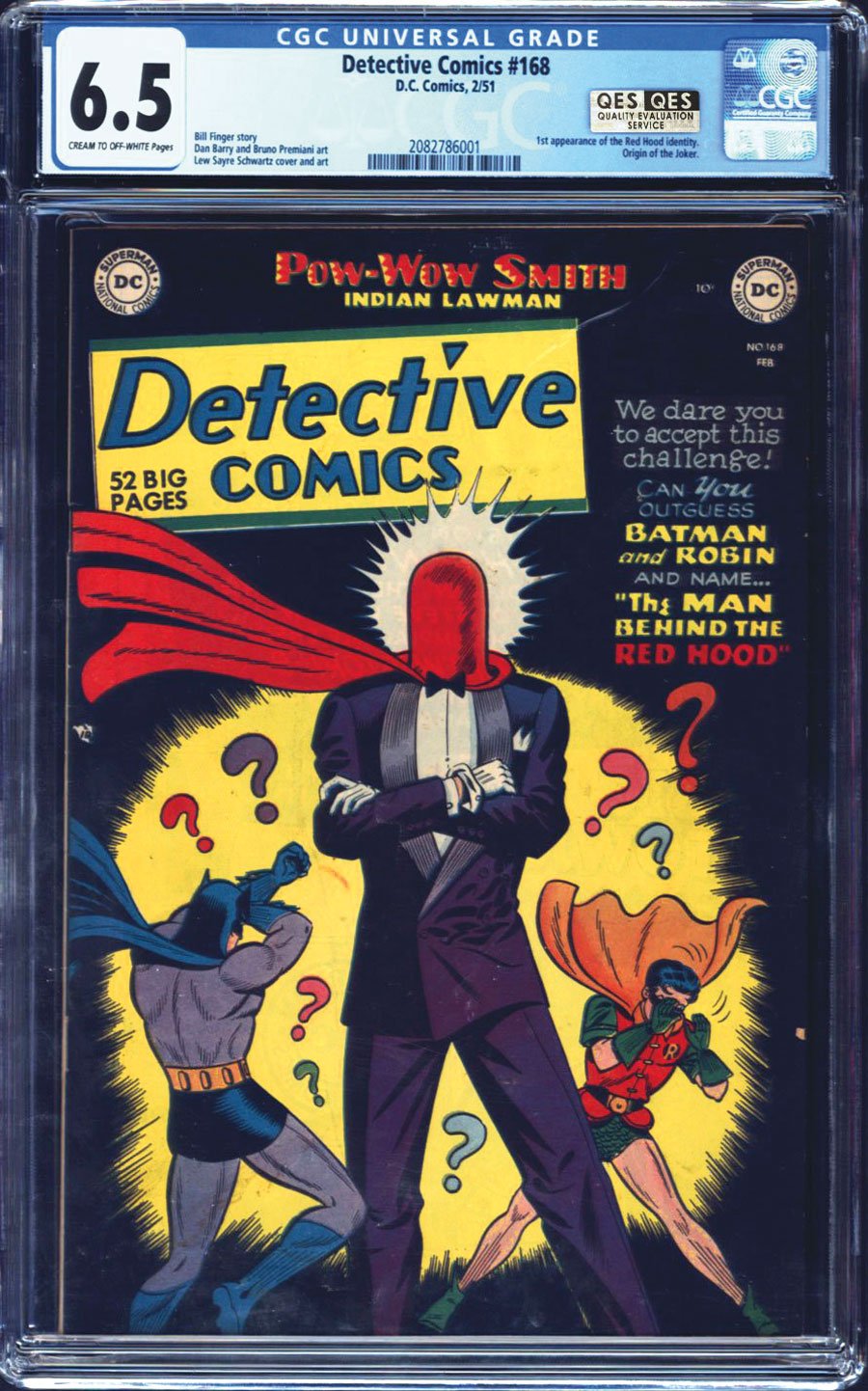 Watch
crm/ow pgs
Lew Schwartz cvr/art; classic cvr, origin of the Joker; 1st app Red HoodThe Joker has become nearly as ingrained in the modern pop vernacular as Batman. Through dozens of iterations of the character, from comic to tragic, psychotic to absurd, his origin was not revealed until over a decade after his debut. This historic issue, among the rarest of Batman keys, is a perennial favorite with legions of Joker collectors. The comic accomplishes the difficult task of making the devilish killer clown somehow more mysterious and haunting than before. The origin story presented within these pages is typical of the convoluted plot-lines of the Golden Age, but the harrowing undercurrent of the acid bath that created the Joker's terrifying smile set a legend in motion, eventually leading to the modern version of the Harlequin of Hate, and, in doing so, making this book, retroactively, into so much more than was intended at the time of its creation.
Click here to view the interior page of Joker's origin story