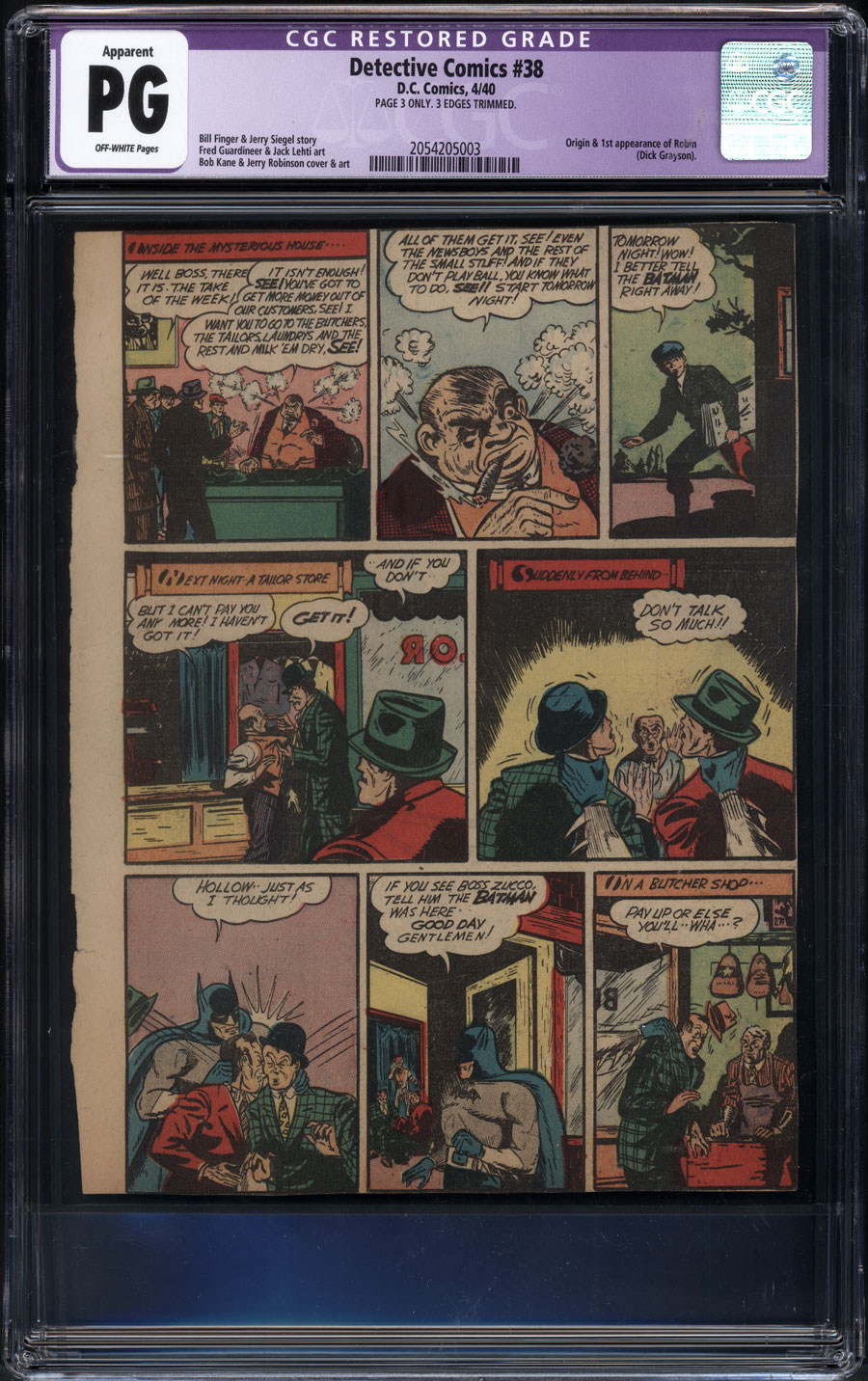 --
Accepting Offers
--
Offers
FYI there's no need to include decimal points(.).
Offer Confirmation
You are about to submit an offer of . If accepted, you are legally obligated to purchase the book. Are you sure you want to continue?
FYI there's no need to include decimal points(.).
Buy Confirmation
You are about to buy this item for , and will be legally obligated under the terms of our User Agreement to pay for it in a timely fashion. Continue?
PUBLISHER: DC
COMMENTS: off white pgs; pg 3 only, Batman puts the hurt on Boss Zucco's racket; trimmed
Bob Kane/Jerry Robinson cvr/art; origin & 1st app. Robin (Dick Grayson)
Read Description ▼
Sell One Of These Inquire About This

Watch
off white pgs; pg 3 only, Batman puts the hurt on Boss Zucco's racket; trimmed
Bob Kane/Jerry Robinson cvr/art; origin & 1st app. Robin (Dick Grayson)One of the most important issues of the Golden Age, Detective Comics #38 marks the promising debut of the best-known sidekick in the history of comics: Robin, the Boy Wonder! Dick Grayson, ward of millionaire Bruce Wayne, lends a hand to the Dark Knight when just one hero won't do. Created in 1940 by the team of Bob Kane, Bill Finger, and Jerry Robinson, Dick Grayson's tragic backstory concerning his similarly slain parents made him the perfect companion for the ominously orphaned Bruce Wayne. Robin attracted younger readers and doubled the sales of Bat-comics thereby solidifying the Batman mythos that would continue to grow in popularity through today. There have been many different iterations of the teenagers to don Robin's trademark yellow cape, red suit, green boots and gloves but there will only ever be one original Boy Wonder. Bob Kane's signature style depicts an exuberant Grayson bursting onto the cover and into legend.