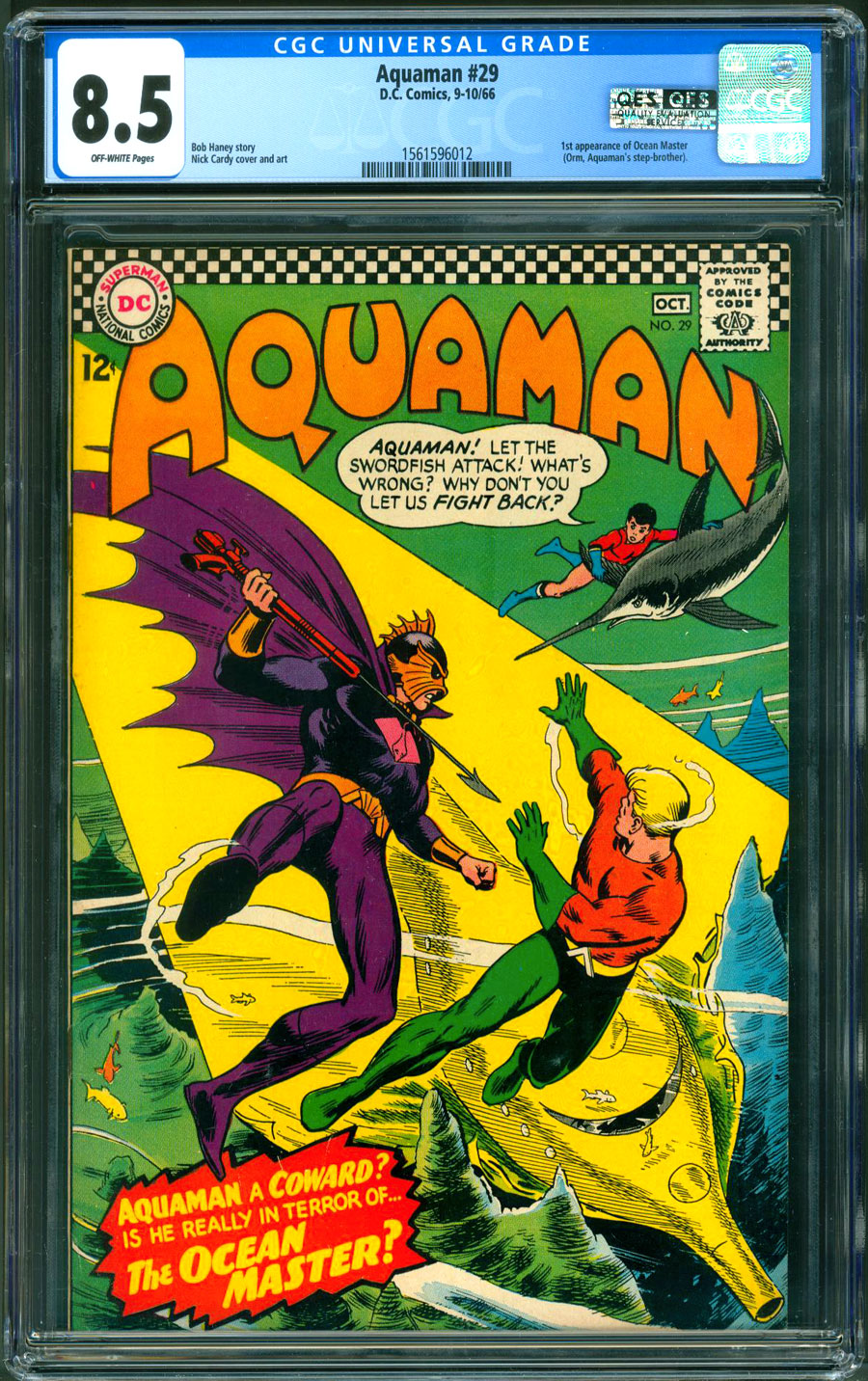 --
Accepting Offers
--
Offers
Offer Confirmation
You are about to submit an offer of . If accepted, you are legally obligated to purchase the book. Are you sure you want to continue?
Buy Confirmation
You are about to buy this item for , and will be legally obligated under the terms of our User Agreement to pay for it in a timely fashion. Continue?
PUBLISHER: DC
COMMENTS: off-white pages; QES Certified - criteria met: preferred staple placement + perfect staple area + perfect spine + deep color strike (light blue, purple & red)
Cardy cvr/art; 1st app. Ocean Master (9-10/66)
Read Description ▼
Sell One Of These Inquire About This