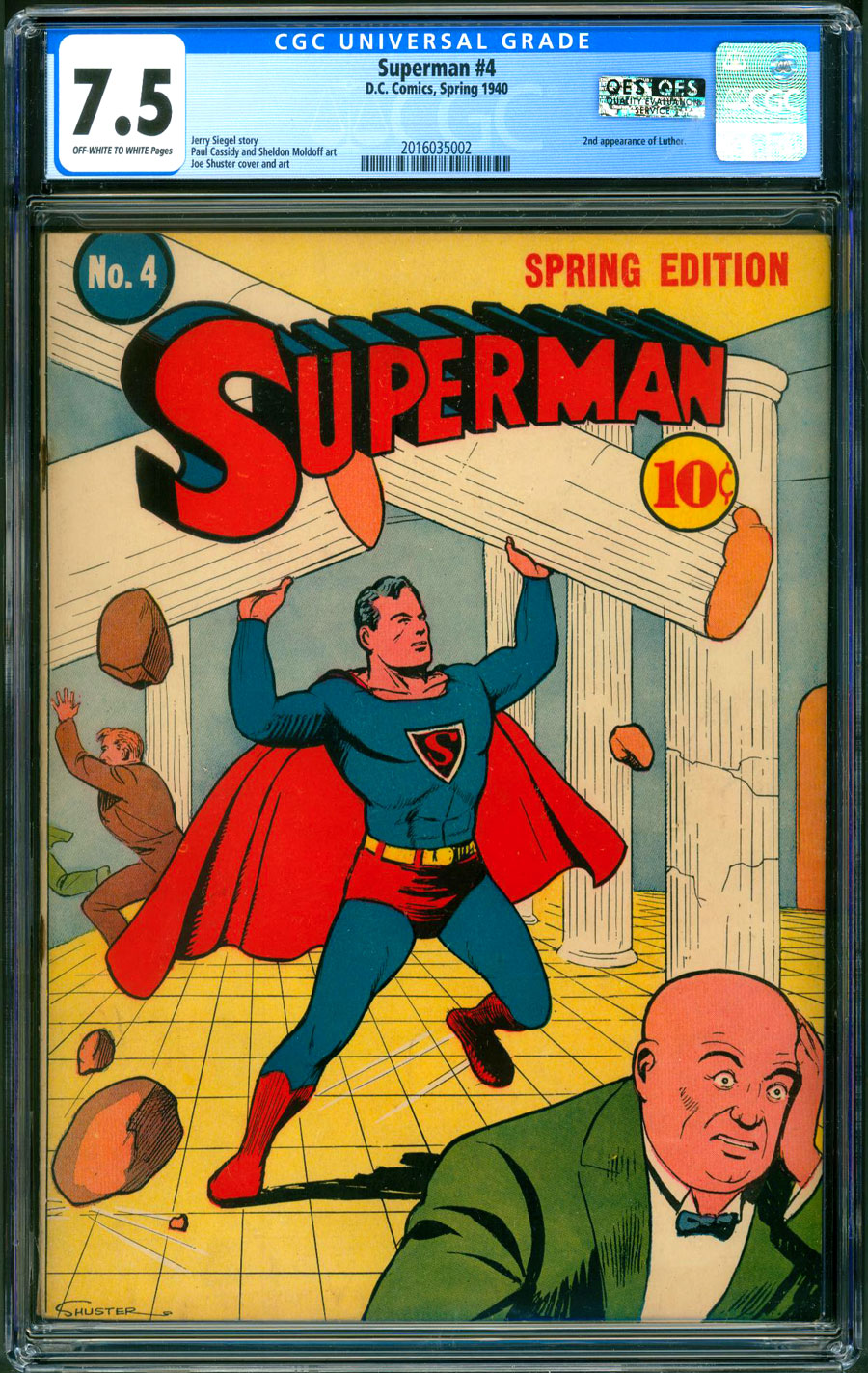 $6,500.00
Highest Offer
3
Offers
Offer Confirmation
You are about to submit an offer of . If accepted, you are legally obligated to purchase the book. Are you sure you want to continue?
Buy Confirmation
You are about to buy this item for , and will be legally obligated under the terms of our User Agreement to pay for it in a timely fashion. Continue?
PUBLISHER: DC
COMMENTS: ow/white pages; QES Certified - criteria met: preferred staple placement + exceptional spine + deep color strike (light blue, yellow & red)
Joe Shuster cvr/art; 1st Luthor (Spring 1940); This book appeared on newsstands BEFORE Action 23
Read Description ▼
Sell One Of These Inquire About This

Watch
ow/white pages; QES Certified - criteria met: preferred staple placement + exceptional spine + deep color strike (light blue, yellow & red)
Joe Shuster cvr/art; 1st Luthor (Spring 1940); This book appeared on newsstands BEFORE Action 23As Holmes had Moriarty and Flash Gordon had Ming the Merciless, so did Superman have Lex Luthor, the tortured, evil genius hellbent on world domination and the subjugation of the Kryptonian hero. In only his second appearance, Luthor is established as a money-mad, power-crazed menace, employing a convoluted scheme involving oil wells and real estate to conquer the business world and the American landscape, and capturing the attention of a certain reporter-cum-superhero in the process. Early Man of Steel tales were almost mundane in scale, with Supes taking on such depression-era scapegoats as robber barons, gangsters, greedy tycoons, and corrupt pols, making Luthor's operatic badness stand out from the pack. Though even in this instance, Siegel and Shuster still trafficked in the street-level nefariousness that came to define their early plotting. Also of note is the bald baddie on the cover. He can't possibly be Luthor, who still sports his original shock of red hair in the interior tale, but could this follically challenged cover cameo have spurred Siegel's later alteration of the ginger-tressed villain within? Hmm?