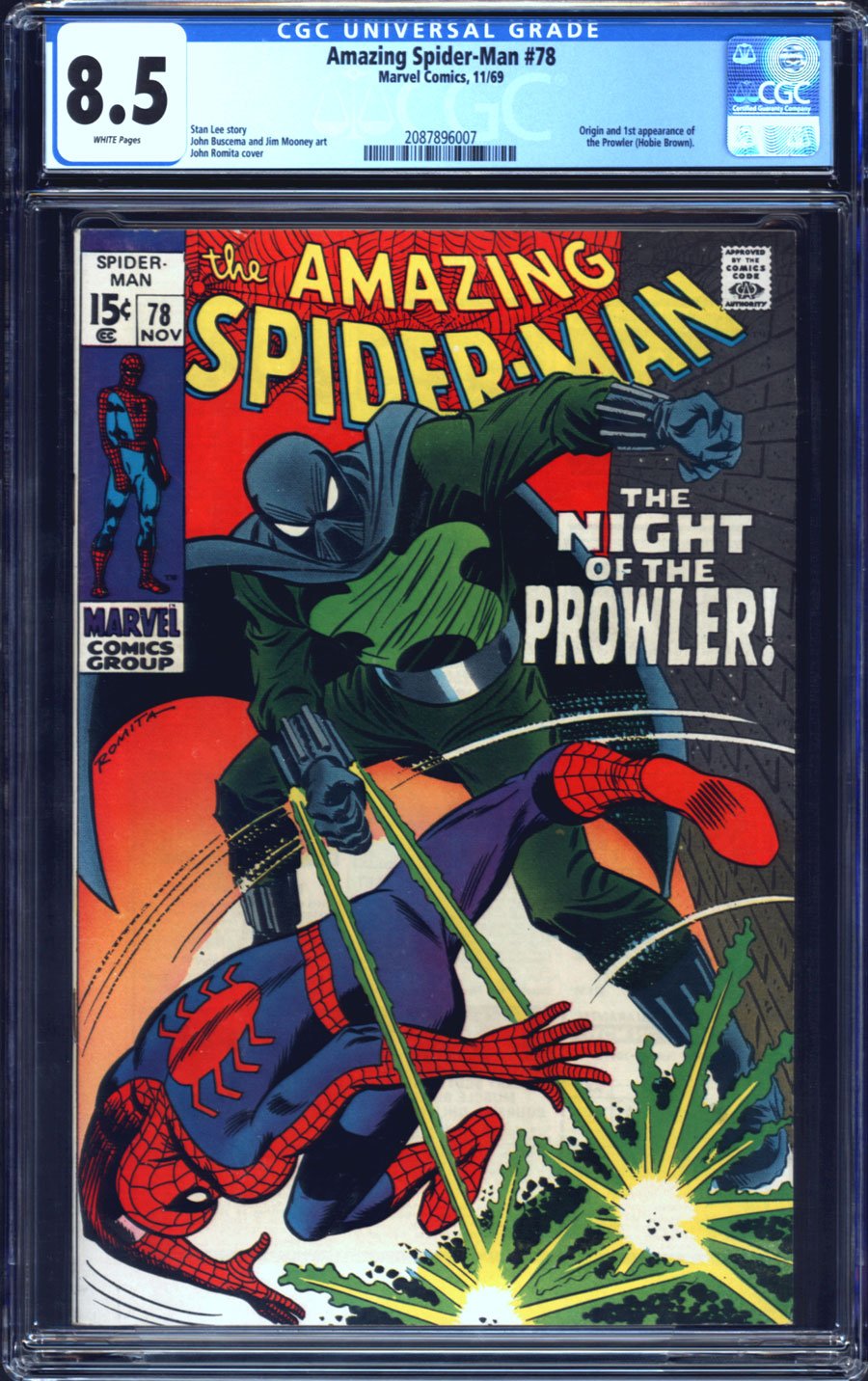 $171
Sold For
23
Bids
This auction has ended.
PUBLISHER: Marvel
COMMENTS: white pgs
Origin & 1st appearance of the Prowler
Read Description ▼
Sell One Of These Inquire About This