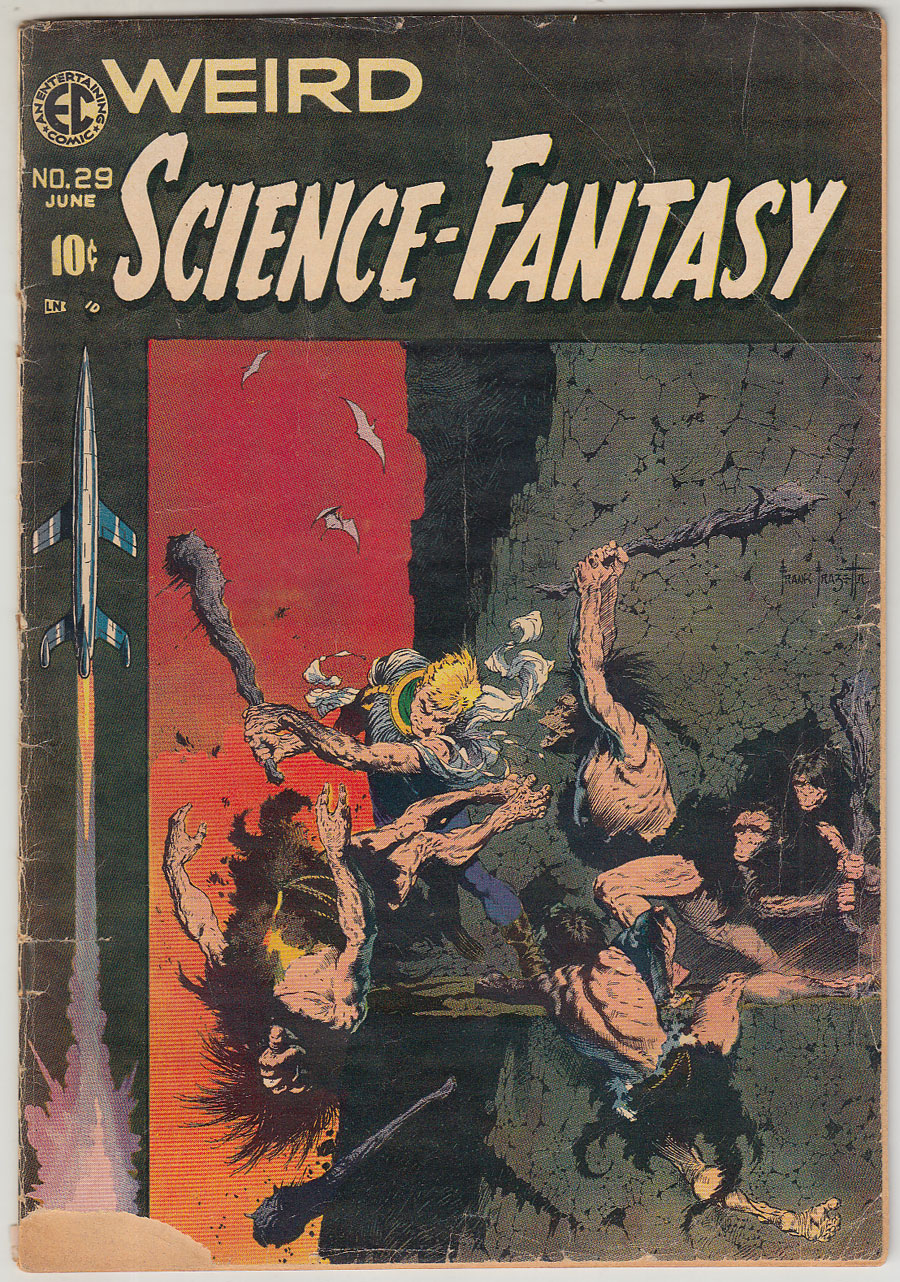 Watch
classic Frazetta cover; atomic explosion panels; last pre-code issueIf you were asked to name the single most influential and best-known cover artist in the history of comics, your mind would likely go straight to Frank Frazetta. His muscular, dynamic style and astounding ability to create and define fantasy worlds and settings have influenced three generations of comic and fantasy artists. The look of science fiction and fantasy art as we know it today derives straight from the works of this extraordinary artist, who conquered not only the world of painting, but pencil and pen as well. This is inarguably his best-known comic book cover, an arresting image initially drafted for his run of Famous Funnies Buck Rogers covers, but rejected by the family-friendly publisher as being too violent. Never one to shy away from pushing the envelope, EC's William Gaines snagged the cover for his Weird Science-Fantasy title, with Frazetta expertly reworking the image to remove any telltale signs that the central figure was once a rival company's hero. A virtually flawless example of how to use composition to create motion and action, some artists have built entire careers out of the lessons taught by this one immortal work, probably the ultimate sci-fi comic cover. Fittingly, this classic image acted as the swan song for the title, and in a way for EC's whole line, as within months, Gaines collapsed his entire company, under pressure from government meddling and industry panic, eventually publishing only Mad and a handful of magazine titles. Frazetta collectors and EC fan-addicts revere this cover, and rightly so. One of the few true masterpieces of comics history, this transcends genre and subject, and is an American icon.
Artists Information