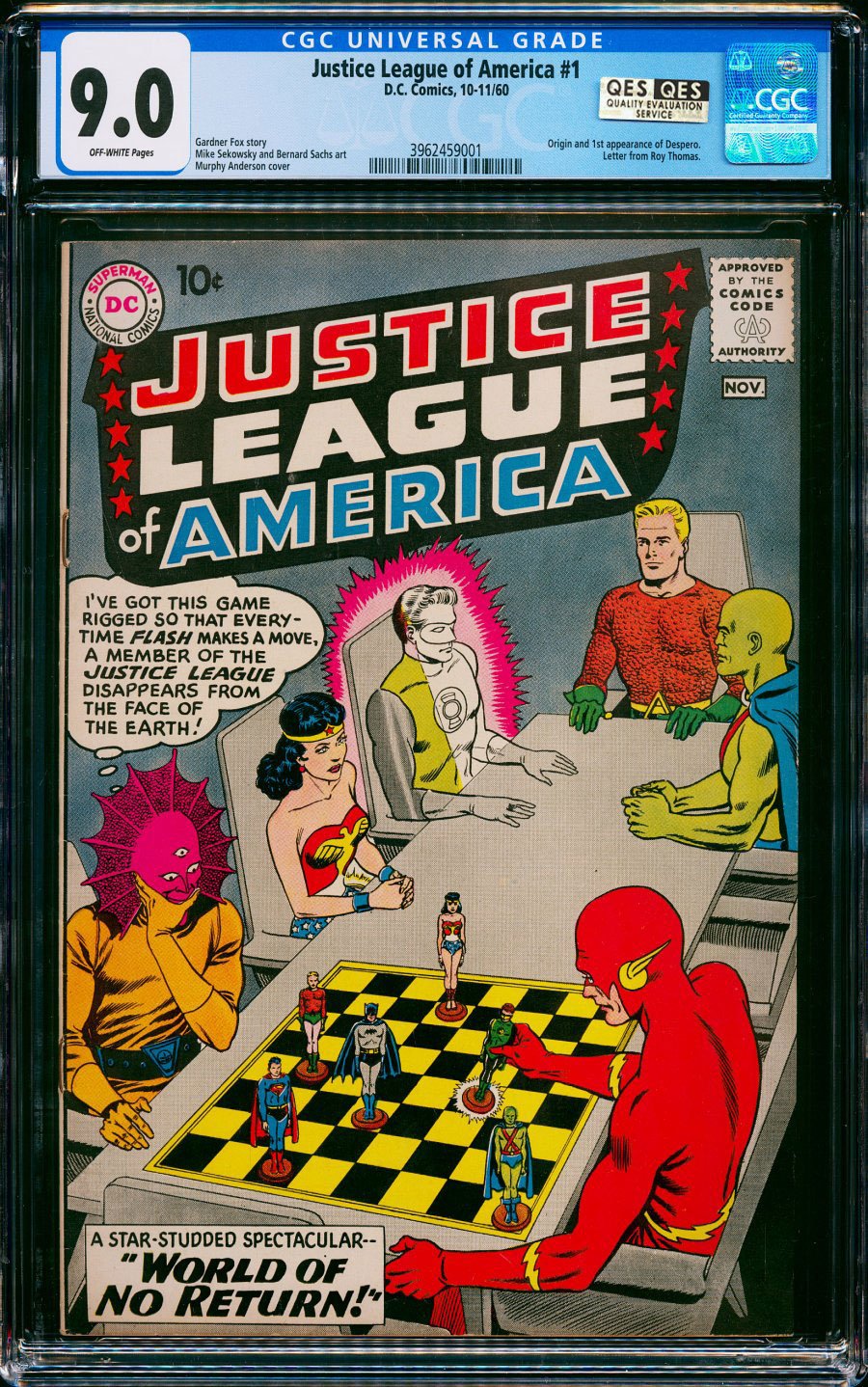 Watch
off white pgs; QES Certified: Criteria met: impressive prime focal area + glossy + deep color strike (blue, green & grey)
classic chess cover by Anderson; origin and 1st app. Despero (11/60)After a short but successful run in The Brave and the Bold, the Justice League of America debuted in its very own title in 1960. The superhero team united the forces of some of DC's prime talent, including Wonder Woman, Aquaman, Green Lantern, and the Flash. This issue features the JLA fighting a losing battle against the hypnotic Despero only to be rescued by a simple hipster, Snapper Carr, who is impervious the to the crafty villain's powers. The memorable Murphy Anderson chessboard cover was an instant classic that has been parodied and copied repeatedly in the years since publication. The fine detail of this cover design showcases the impeccable craft of Anderson's crackerjack talents.