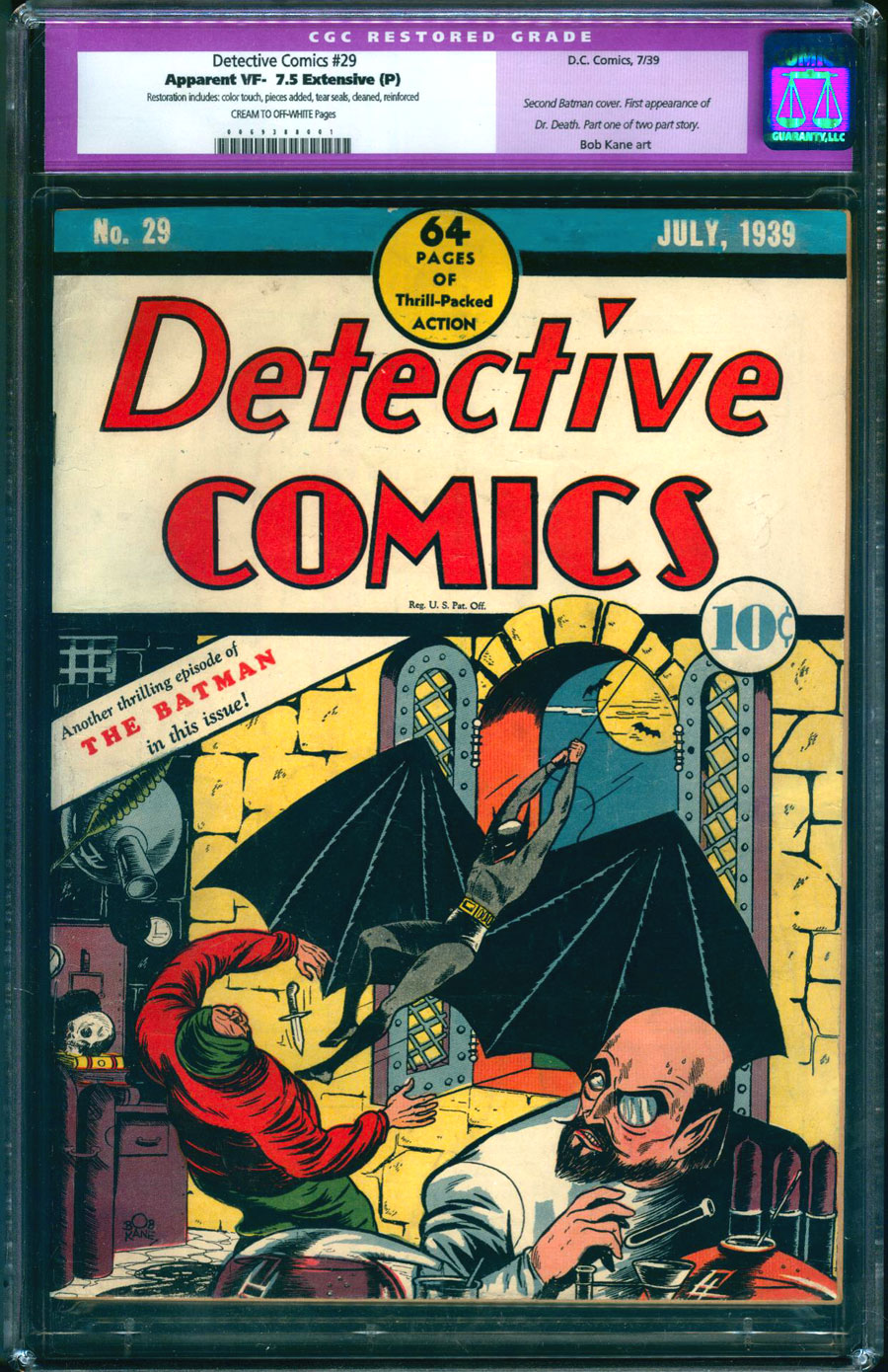 Watch
crm/ow pgs; Ext (P): ct; piece added; tr seals; cleaned; reinf
1st app. Dr. Death; 2nd Batman coverThe looming castle, the night gloom, the dark cape, the evil scientist -- the influence of Pre-Code horror cinema on Bob Kane's nocturnal creation is nowhere more evident than on this classic and painfully rare cover, one of the pre-Robin Detective issues over which Bat-collectors drool. You haven't really experienced the crude power of these early Bat-books until you've seen them in their original pulpy glory, and this second-ever cover appearance by the Batman packs a powerful punch. The story therein pits the Caped Crusader against Dr. Karl Hellfern, aka Doctor Death, who, like all great villains, intends to take over the world, but first, must rid himself of that meddling Batman, which leads to an action-packed tale of mayhem. It's well documented that once Batman received his own title the stories became a bit tamer than the ones depicted in early Detective Comics. This issue is no exception as Batman takes a bullet to the shoulder in this tale. How's that for gritty?With only six copies above it on the census, this VF- example of an extremely rare early Batman comic is sure to be a hotly contested item at auction. There are less than 70 copies slabbed by CGC, and the prices for this book are always impressive, to say the least. Being that this is only the second time the infamous vigilante appears on a comic cover, it is a fervently sought after collectible, regardless of restored, or original condition, this book is a big deal. The extensive professional restoration performed on this book has given it a new life, the colors are vivid, and the spine and edges look terrific. If you want to join in on the battle royale expected over this copy, be ready to duke it out with some real heavyweights.