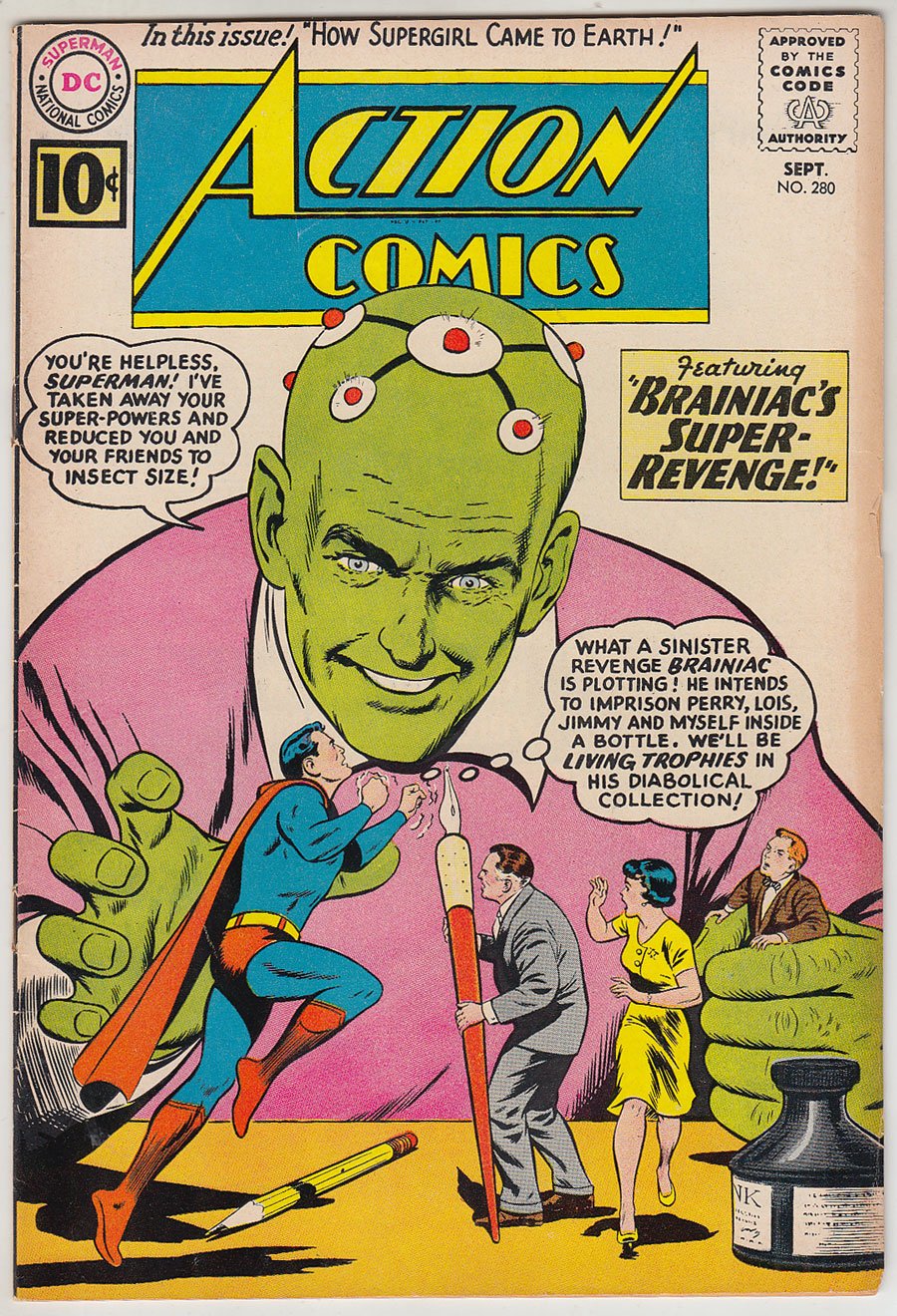 $20
Sold For
8
Bids
This auction has ended.
PUBLISHER: DC
COMMENTS: A 15% BUYER'S PREMIUM WILL BE ADDED TO THIS ITEM AT CONCLUSION OF THE AUCTION
stain btm bc, last 8 wraps, stain on spine
classic Brainiac cover
Read Description ▼
Sell One Of These Inquire About This

Watch
A 15% BUYER'S PREMIUM WILL BE ADDED TO THIS ITEM AT CONCLUSION OF THE AUCTION
stain btm bc, last 8 wraps, stain on spine
classic Brainiac cover
Artists Information