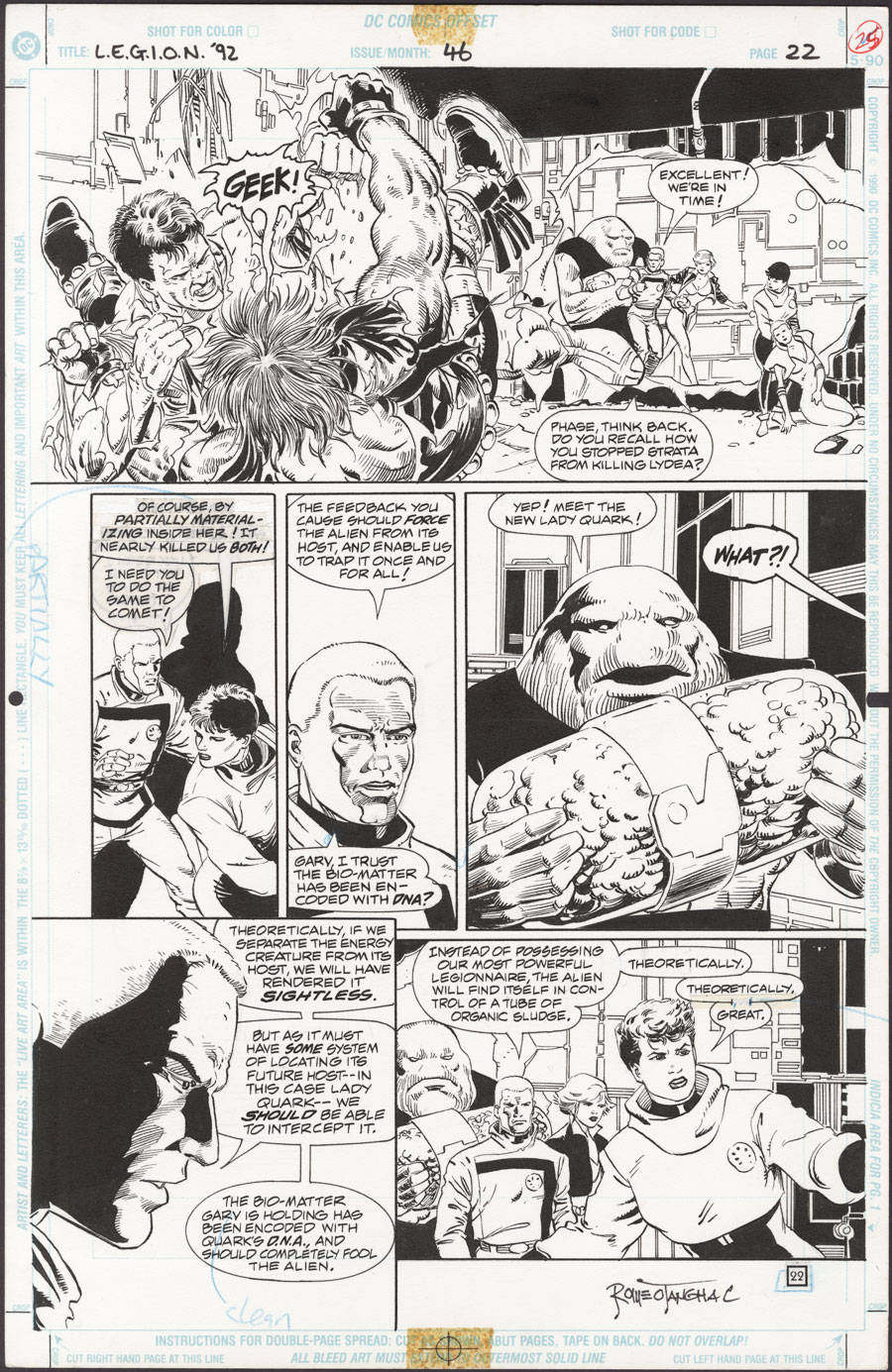 Auction Ends In
$6
Current Bid
3
Bids
NEXT MIN. BID: $7
Bid Confirmation
You are about to submit a bid of . If you win this auction, you are legally obligated to purchase the book. Are you sure you want to continue?
Don't Show Again (except when higher than min. bid)
(No Reserve)
PUBLISHER: DC
COMMENTS: Barry Kitson pencils/Romeo Tanghal inks; pg 22; 1992; image size 10.5" x 16"
Read Description ▼
Sell One Of These Inquire About This

Writer, Penciler & Inker, worked at DC on The Titans, Legion of Superheroes and others, moved to Marvel in 2007 has since worked on Incredible Hulk, Amazing Spider-Man, and Fantastic Four