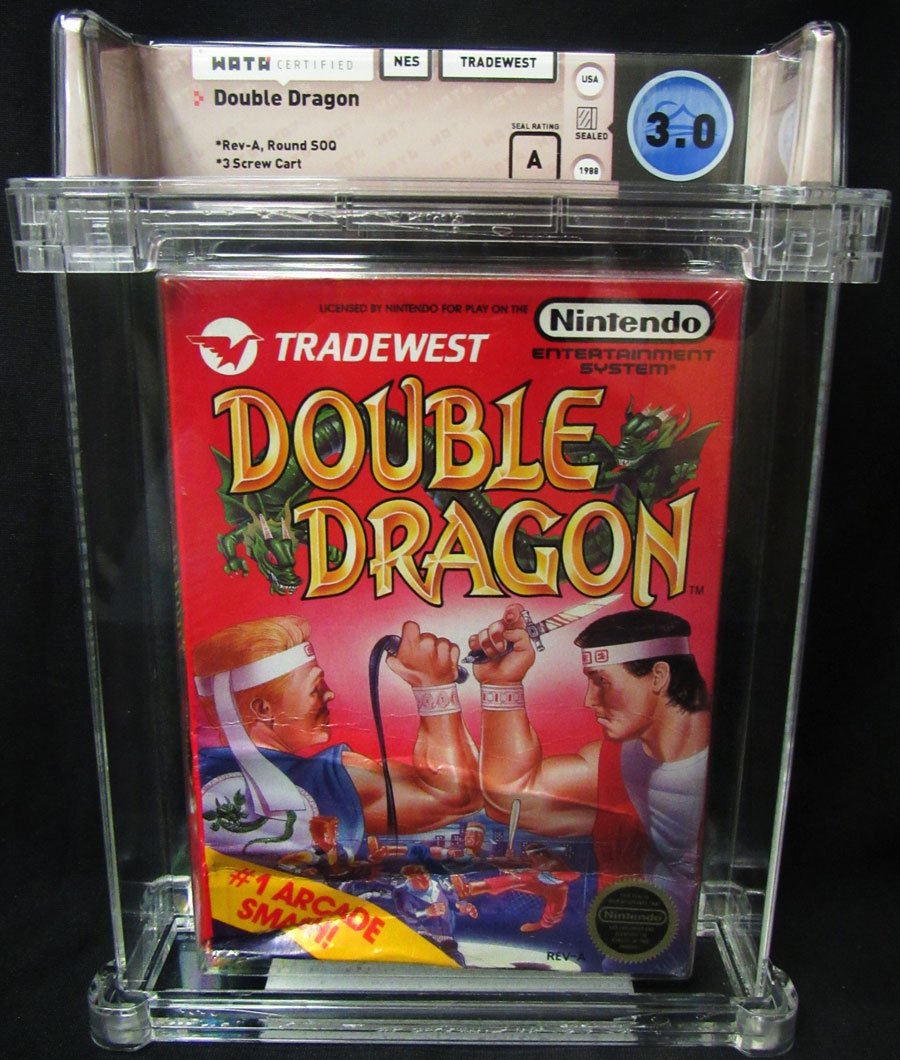 $7,500
Sold For
50
Bids
This auction has ended.
COMMENTS: Seal Rating A;Rev-A; Round SOQ; 3 Screw cart
Port of the 1987 Technos Japan arcade game; Designed by Koji Kai and Shinichi Saito.
Read Description ▼
Sell One Of These Inquire About This

Watch
Seal Rating A;Rev-A; Round SOQ; 3 Screw cart
Port of the 1987 Technos Japan arcade game; Designed by Koji Kai and Shinichi Saito.This popular beat ‘em up game was released in arcades in 1987 and was quickly adapted to the home gaming market due to it great popularity. The game follows brothers Billy and Jimmy Lee as they do battle with hordes of musclebound enemies on their mission to defeat Willy, the big boss. Inspiring several sequels, reboots, and even an animated series, the lasting popularity of the game has made it one of the top beat ‘em ups of all time, and a treasured memory for kids of the 80s and 90s.

This copy of Double Dragon for the NES system is WATA certified sealed 3.0, with a seal rating of A, Rev-A, Round SOQ with a 3-screw cart. The box exhibits some wear and tear but collectors in this relatively new market know the value of this hard-to-find game in its original seal. ComicConnect is excited to be entering into this new marketplace, and we are also hoping to entice some comic investors to dip a toe into the vastly expanding video game collectible field.