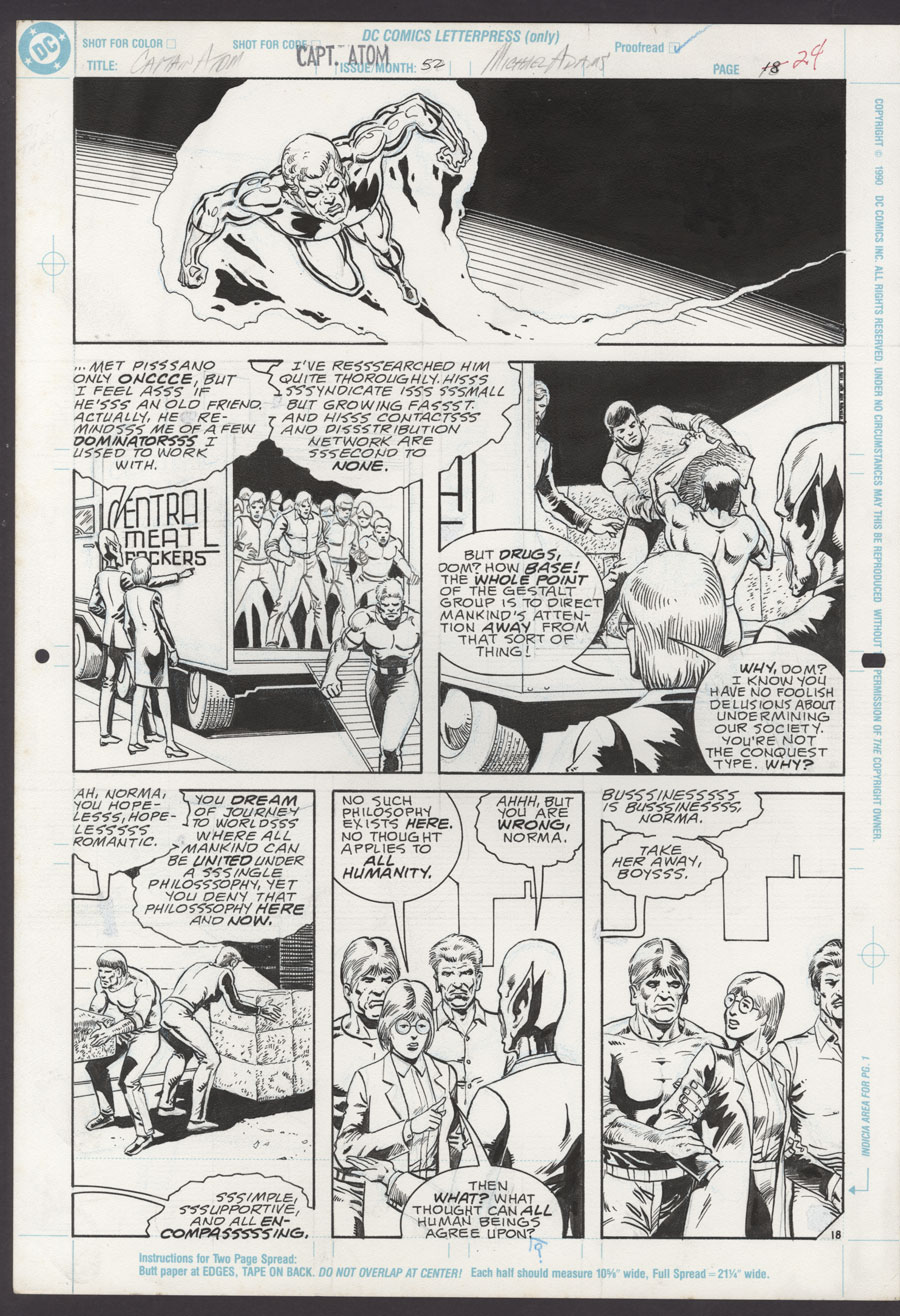 Mike Gustovich is an American comic book artist, he created the superhero team Justice Machine in 1981, which went on to be featured in comics from several publishers. He inked most of the 1990's Milestone Media series Icon (written by Dwayne McDuffie and penciled by M.D. Bright). Specializing primarily in inking, he produced art for dozens of series for various publishers, including Marvel Comics, DC Comics, First Comics, Comico, and Eclipse Comics.