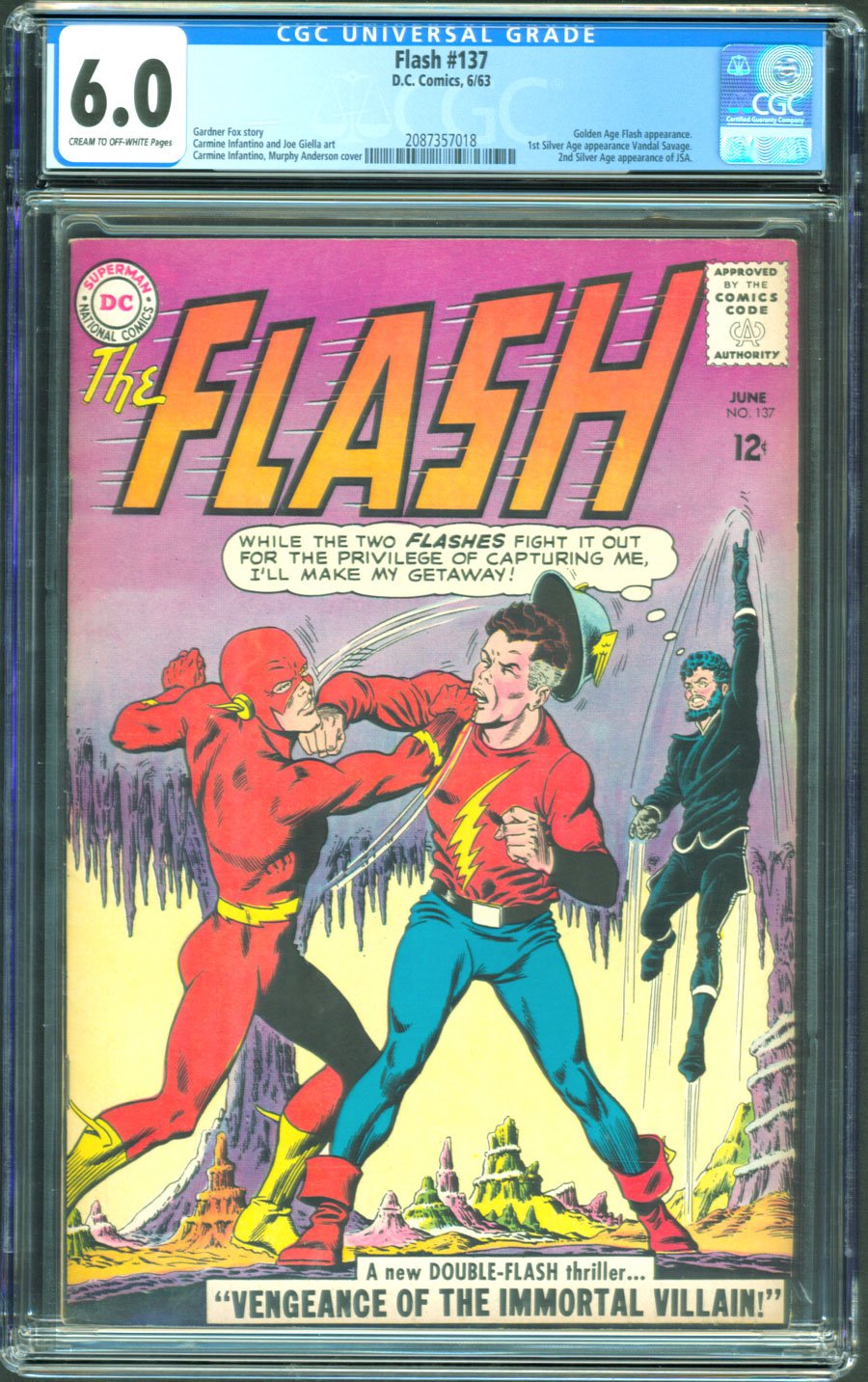 Auction Starts In
$1
Starting Bid
--
Bids
NEXT MIN. BID: $1
Bid Confirmation
You are about to submit a bid of . If you win this auction, you are legally obligated to purchase the book. Are you sure you want to continue?
Don't Show Again (except when higher than min. bid)
(No Reserve)
PUBLISHER: DC
COMMENTS: Cream/OW pgs
GA Flash app.; 1st SA app. Vandal Savage, Justice Society (key issue alert)
Read Description ▼
Sell One Of These Inquire About This

Watch
Cream/OW pgs
GA Flash app.; 1st SA app. Vandal Savage, Justice Society (key issue alert)Vandal Savage is a villain that, as legend has it, existed from the beginning of mankind, in a variety of forms, immortal yet mutable, the Vandal has traveled the eons in the guise of many historical figures of reknown. Beginning life in the Golden Age as a foe of the original Green Lantern, VS made his first appearance in the Silver Age in Flash #137, and went on to acheive greater and greater heights and status as the ages moved through to the modern day, Appearing in TV's Arrowverse, Vandal Savage is now more popular than ever, and remains one of the enduring ne'er-do-wells of DC stable, and in this issue Vandal Savage is thwarted in his plans to imprison the JSA on Earth-Two, which leads to the GA hero team's permanent reunion.
Artists Information