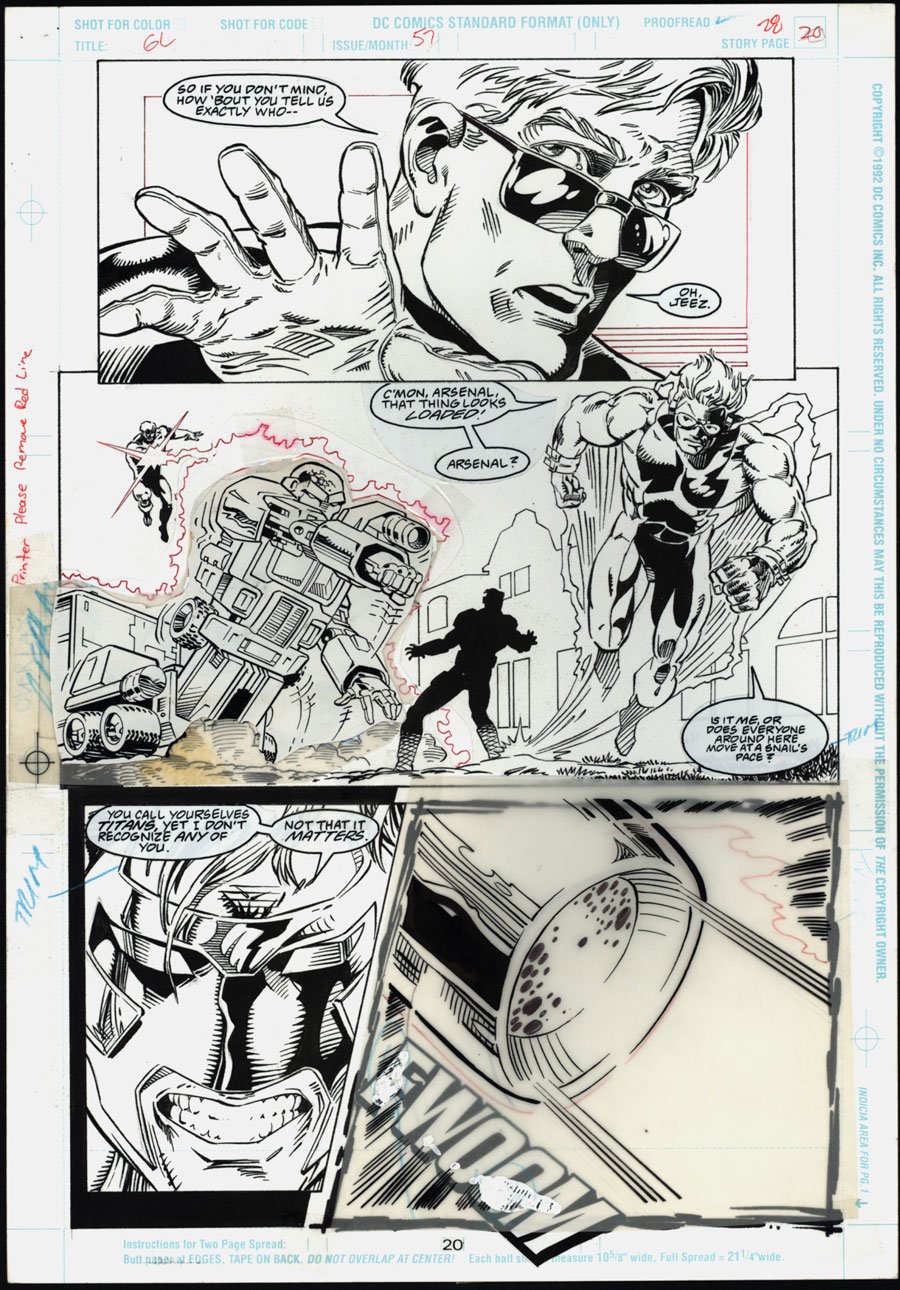 Auction Ends In
$41
Current Bid
4
Bids
NEXT MIN. BID: $43
FYI there's no need to include decimal points(.).
Bid Confirmation
You are about to submit a bid of . If you win this auction, you are legally obligated to purchase the book. Are you sure you want to continue?
Don't Show Again (except when higher than min. bid)
(No Reserve)
PUBLISHER: DC
COMMENTS: Darryl Banks pencils/Romeo Tanghal inks; pg 20; 1994; image size 10" x 15"
Read Description ▼
Sell One Of These Inquire About This

Watch
Darryl Banks pencils/Romeo Tanghal inks; pg 20; 1994; image size 10" x 15"Kyle Rayner with Impulse and Arsenal in action by Banks and Tanghal. Pen and ink. Art is in excellent condition. The robot guy in panel 2 is a stat, panel 4 is mostly an effects overlay that is original art.
Artists Information