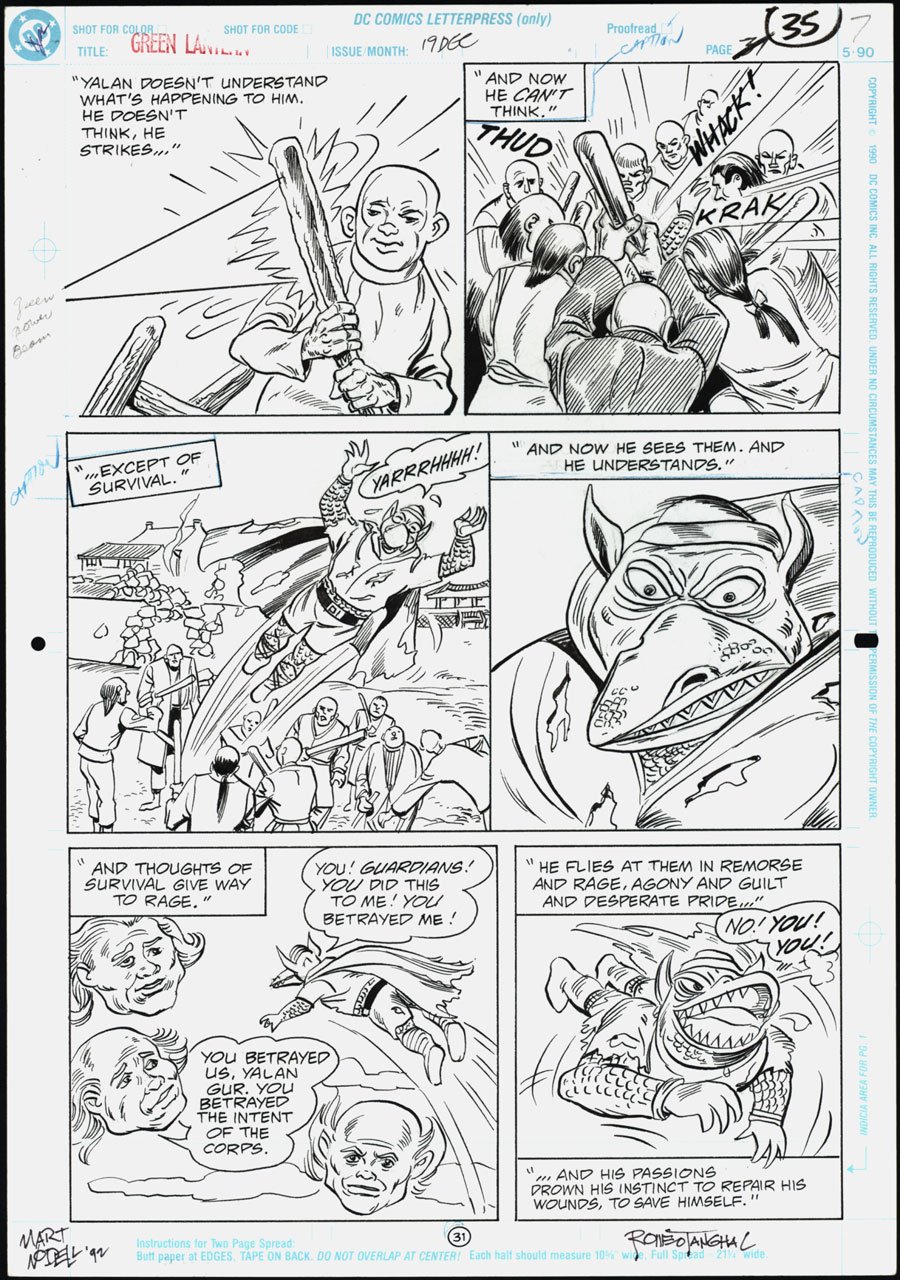 Martin 'Mart' Nodell is a key artist from the Golden Age of comics. Nodell's career began with Sheldon Mayer at All-American Publications which later merged to become part of National Comics, it was there where Nodell would come up with the idea for the Green Lantern, a character he and Bill Finger would work on for seven years. Nodell would go on to Timely Comics where he would work on Captain America, the Human Torch, and the Sub-Mariner, he would also draw the covers to the first issue of Marvel Tales, Timely's horror revamp of Marvel Mystery Comics and Captain America #74, re-titled Captain America's Weird Tales. Nodell would go into advertising in the 1950s where his firm would design the Pillsbury Doughboy.