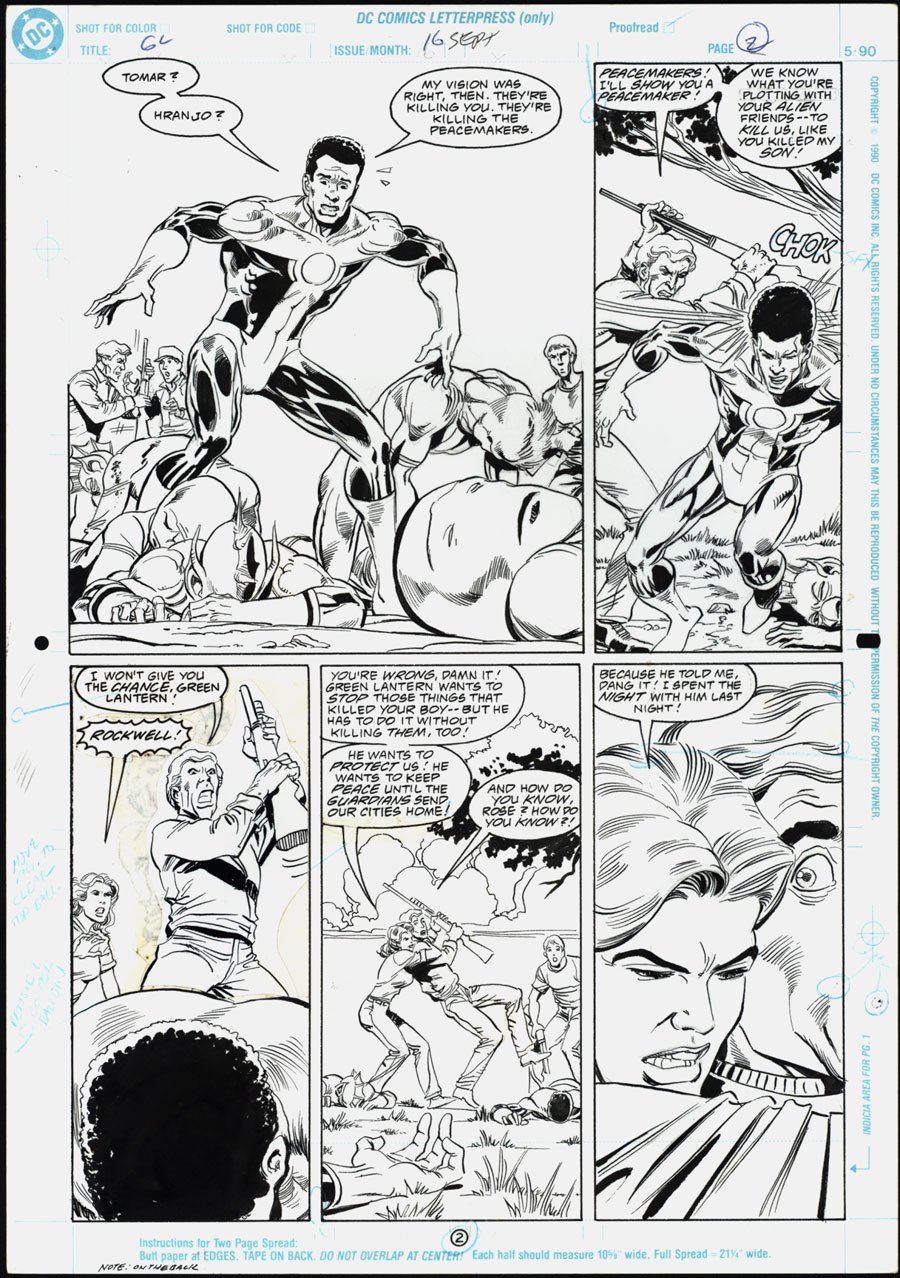 Watch
Mark Bright pencils/Romeo Tanghal inks; pg 2; 1991; image size 10" x 15"Great John Stewart page by Bright (as M.D. Bright) and Tanghal. Pen and ink. Art is in excellent condition. The figure with the gun in panel 3 is a stat, the originla drawing is underneth.
Artists Information