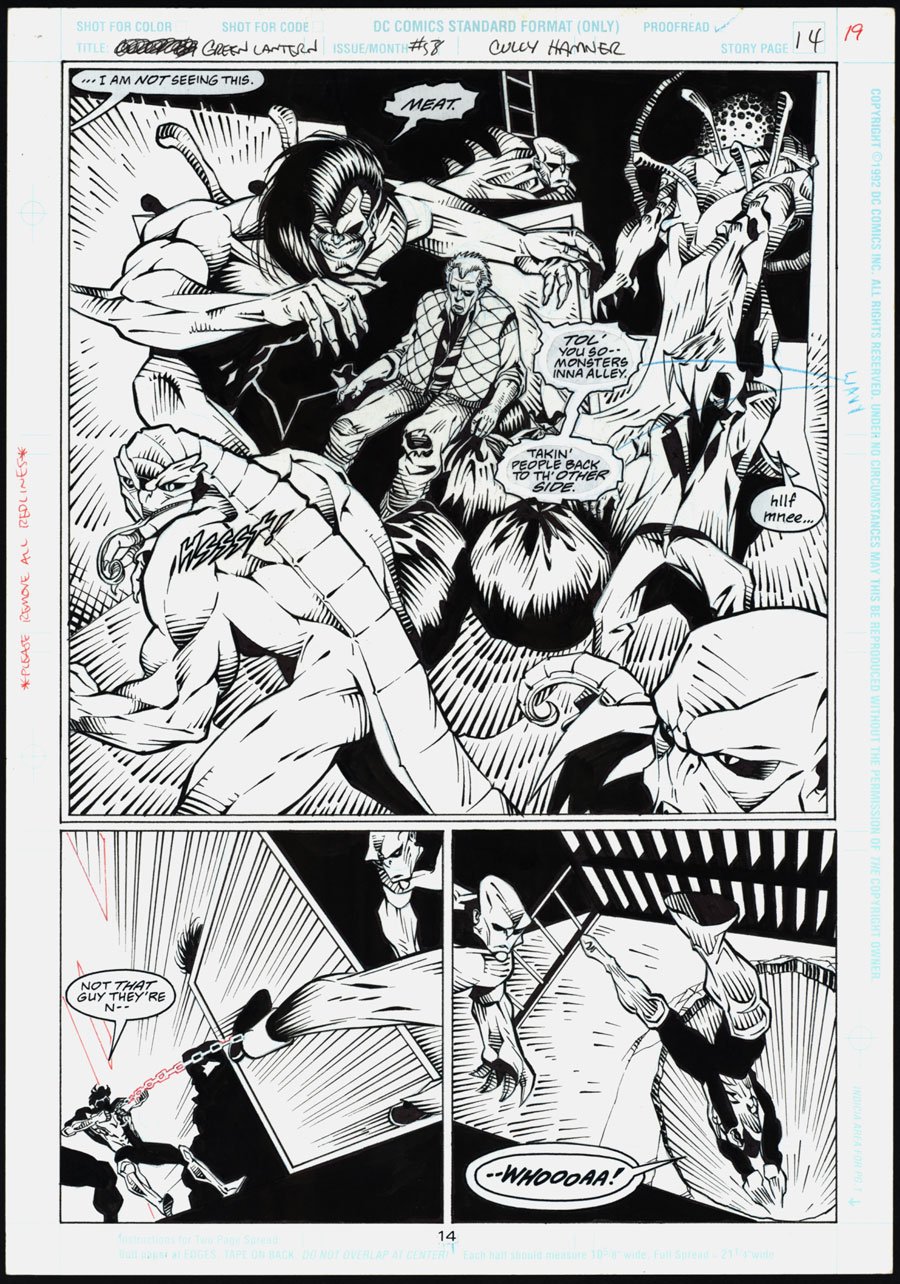 --
Accepting Offers
--
Offers
Offer Confirmation
You are about to submit an offer of . If accepted, you are legally obligated to purchase the book. Are you sure you want to continue?
Buy Confirmation
You are about to buy this item for , and will be legally obligated under the terms of our User Agreement to pay for it in a timely fashion. Continue?
PUBLISHER: DC
COMMENTS: Cully Hamner pencils/Romeo Tanghal inks; pg 14; 1995; image size 10" x 15"
Read Description ▼
Sell One Of These Inquire About This

Cully Hamner is known for his work on such books as Green Lantern: Mosaic, Blue Beetle, Black Lightning: Year One, and Detective Comics. He is also the co-creator and illustrator of the 2003 graphic novel Red, which was adapted into a 2010 feature film of the same name starring Bruce Willis, as well as a 2013 sequel.