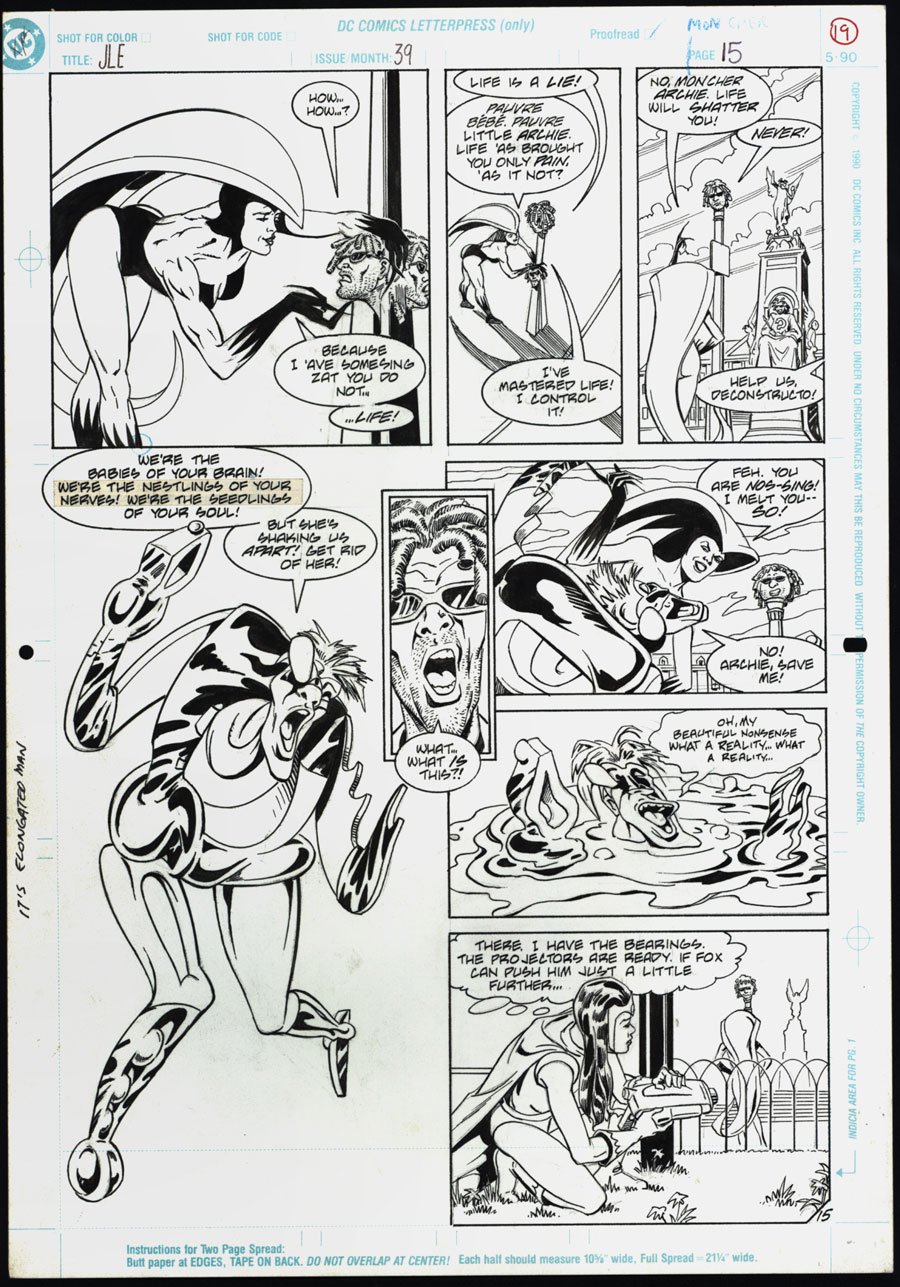 --
Accepting Offers
--
Offers
Offer Confirmation
You are about to submit an offer of . If accepted, you are legally obligated to purchase the book. Are you sure you want to continue?
Buy Confirmation
You are about to buy this item for , and will be legally obligated under the terms of our User Agreement to pay for it in a timely fashion. Continue?
PUBLISHER: DC
COMMENTS: Ron Randall pencils/Romeo Tanghal inks; pg 15; 1992; image size 10" x 15"
Read Description ▼
Sell One Of These Inquire About This

Ron Randall is an American comic book artist. A graduate of the Joe Kubert School he would go on to work on numerous titles in his career, notably The Warlord, Arak, Son of Thunder, Justice League Europe and several issues of Alan Moore's Swamp Thing for DC Comics. He would create the character Trekker at Dark Horse Comics.