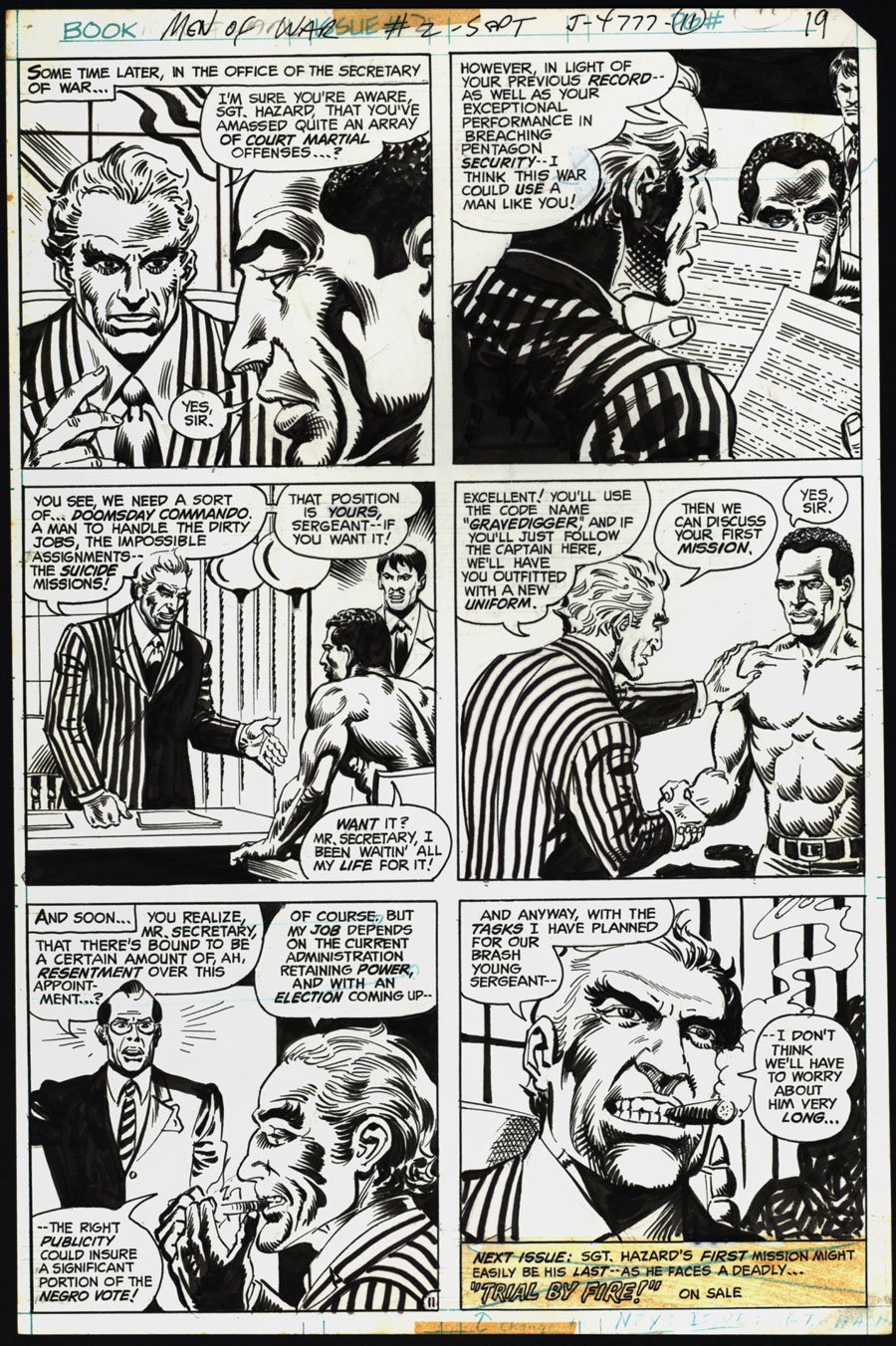 --
Accepting Offers
--
Offers
Offer Confirmation
You are about to submit an offer of . If accepted, you are legally obligated to purchase the book. Are you sure you want to continue?
Buy Confirmation
You are about to buy this item for , and will be legally obligated under the terms of our User Agreement to pay for it in a timely fashion. Continue?
PUBLISHER: DC
COMMENTS: Arvell Jones pencils/Romeo Tanghal inks; pg 11; 1977; image size 10" x 15"
Read Description ▼
Sell One Of These Inquire About This

Arvell Jones is an American comic book artist who came out of early comic fandom to create stories for Marvel and DC. Jones co-created the character Misty Knight in Black Panther and also worked on Marvel Premiere, Thor and Iron Man for Marvel and Superman Family, Super-Team Family and All-Star Squadron at DC. He also did work for the DC Milestone imprint in the 1990's.