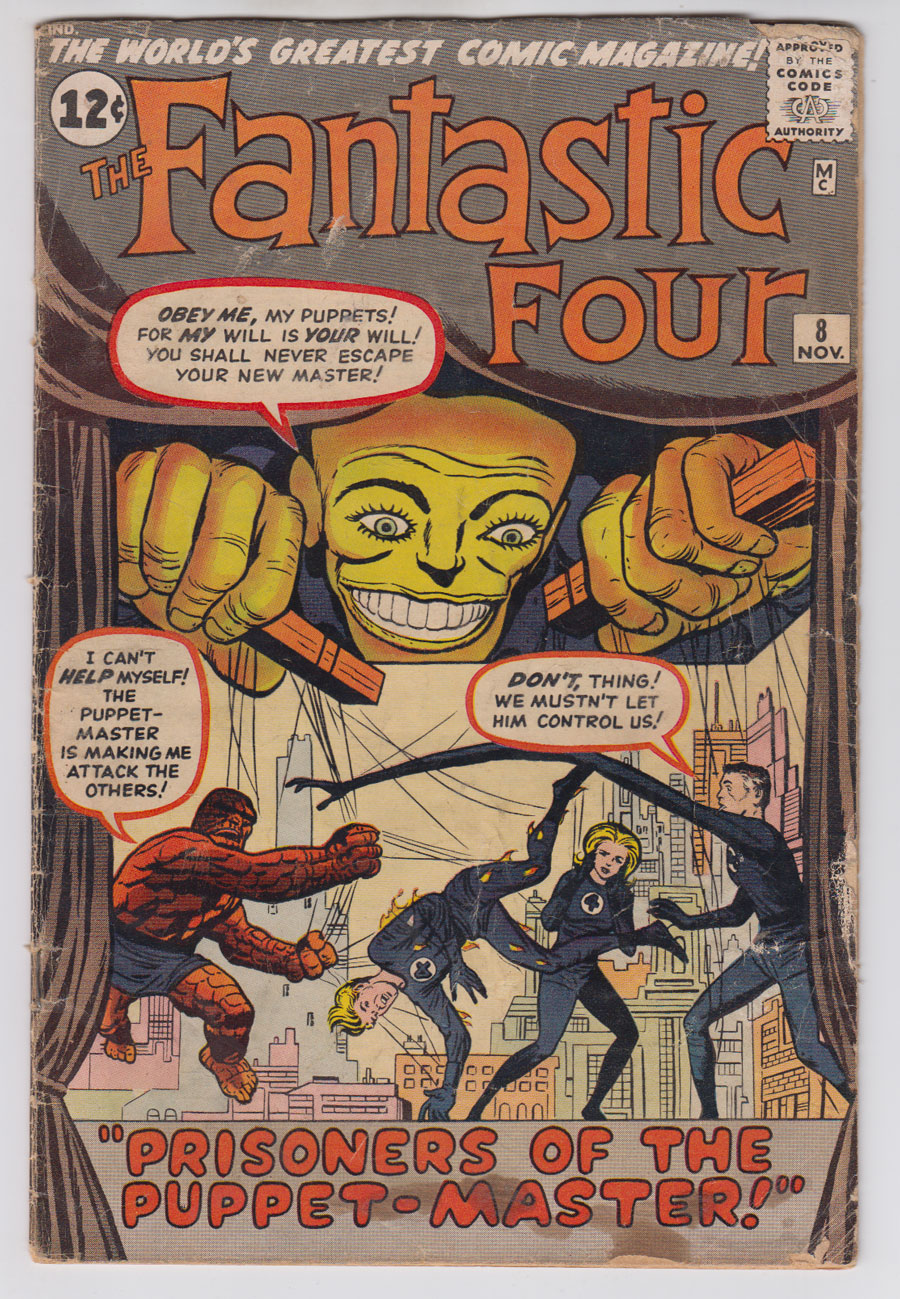 $240
Sold For
5
Offers
PUBLISHER: Marvel
COMMENTS: Jack Kirby cvr/art; 1st app. of the Puppetmaster and Alicia Masters
Read Description ▼
Sell One Of These Inquire About This

Watch
Jack Kirby cvr/art; 1st app. of the Puppetmaster and Alicia MastersThe compelling antagonist in this early FF issue is the Puppet Master, who manipulates clay figurines much like voodoo dolls, to control those people whose images are mimicked in the magic medium. The real draw of this issue is not the baddie featured on the cover, rather, it is his daughter, the blind, blonde bombshell, Alicia Masters who would go on to become the long-term paramour of Ben Grimm, aka the Thing. Alicia would provide the orange gargantuan with a loving mate that would help him overcome the trauma of his transformation into a living pile of rocks, and also add a new member to the Richards family unit, who would go on many adventures with the team.