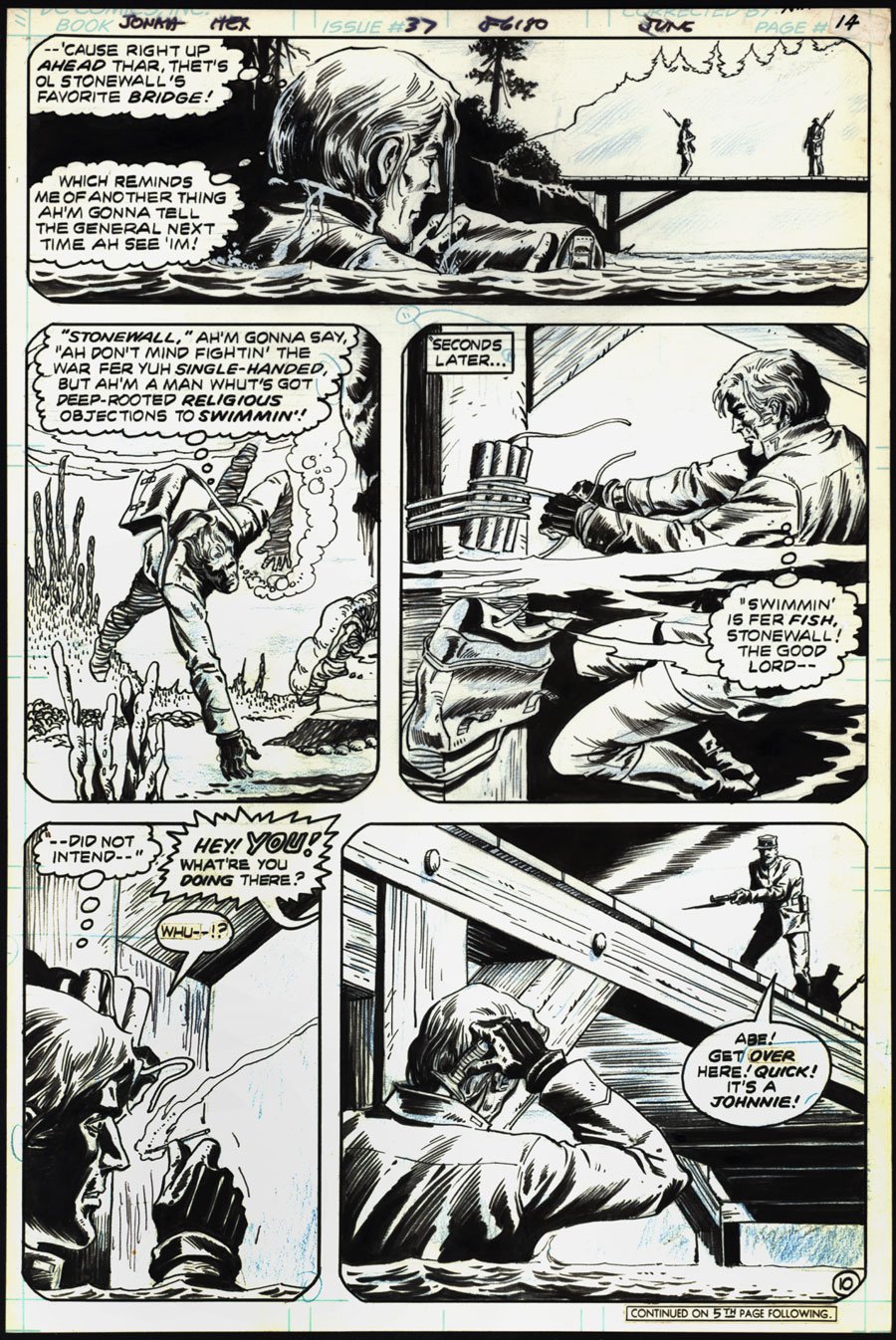 Watch
Dick Ayers pencils/Romeo Tanghal inks; pg 10; 1980; image size 10" x 15"Great page by Ayers and Tanghal, from the story 'Stonewall!' which features a flashback to Jonah's service during the Civil War, including his meeting and accidentally killing of General Stonewall Jackson. Pen and ink. Art is in excellent condition.
Artists Information