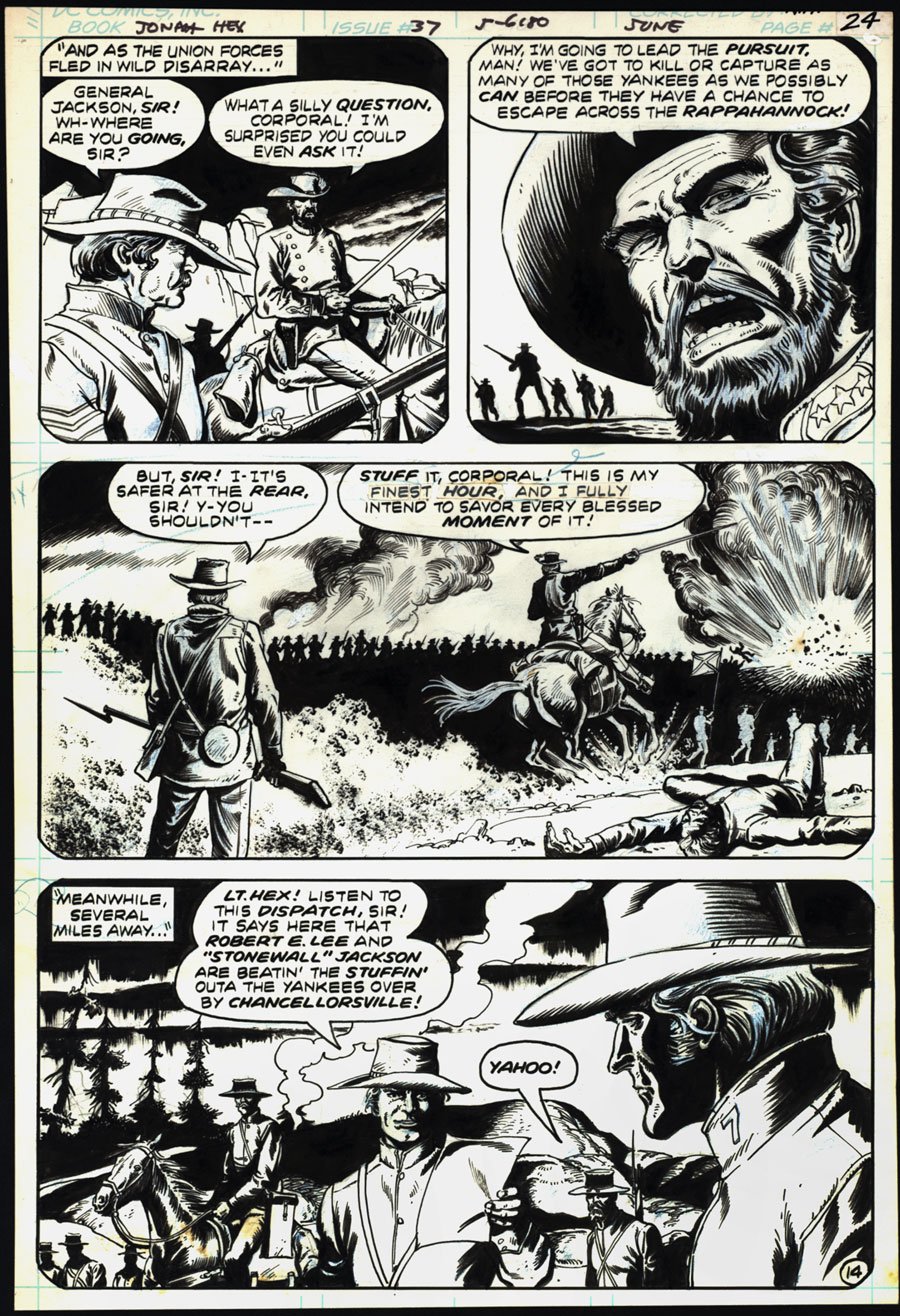 $100.00
Highest Offer
1
Offers
Offer Confirmation
You are about to submit an offer of . If accepted, you are legally obligated to purchase the book. Are you sure you want to continue?
Buy Confirmation
You are about to buy this item for , and will be legally obligated under the terms of our User Agreement to pay for it in a timely fashion. Continue?
PUBLISHER: DC
COMMENTS: Dick Ayers pencils/Romeo Tanghal inks; pg 14; 1980; image size 10" x 15"
Read Description ▼
Sell One Of These Inquire About This

Watch
Dick Ayers pencils/Romeo Tanghal inks; pg 14; 1980; image size 10" x 15"Stonewall Jackson leads the charge, by Ayers and Tanghal, from the story 'Stonewall!' which features a flashback to Jonah's service during the Civil War, including his meeting and accidentally killing of General Stonewall Jackson. Pen and ink. Art is in excellent condition.
Artists Information