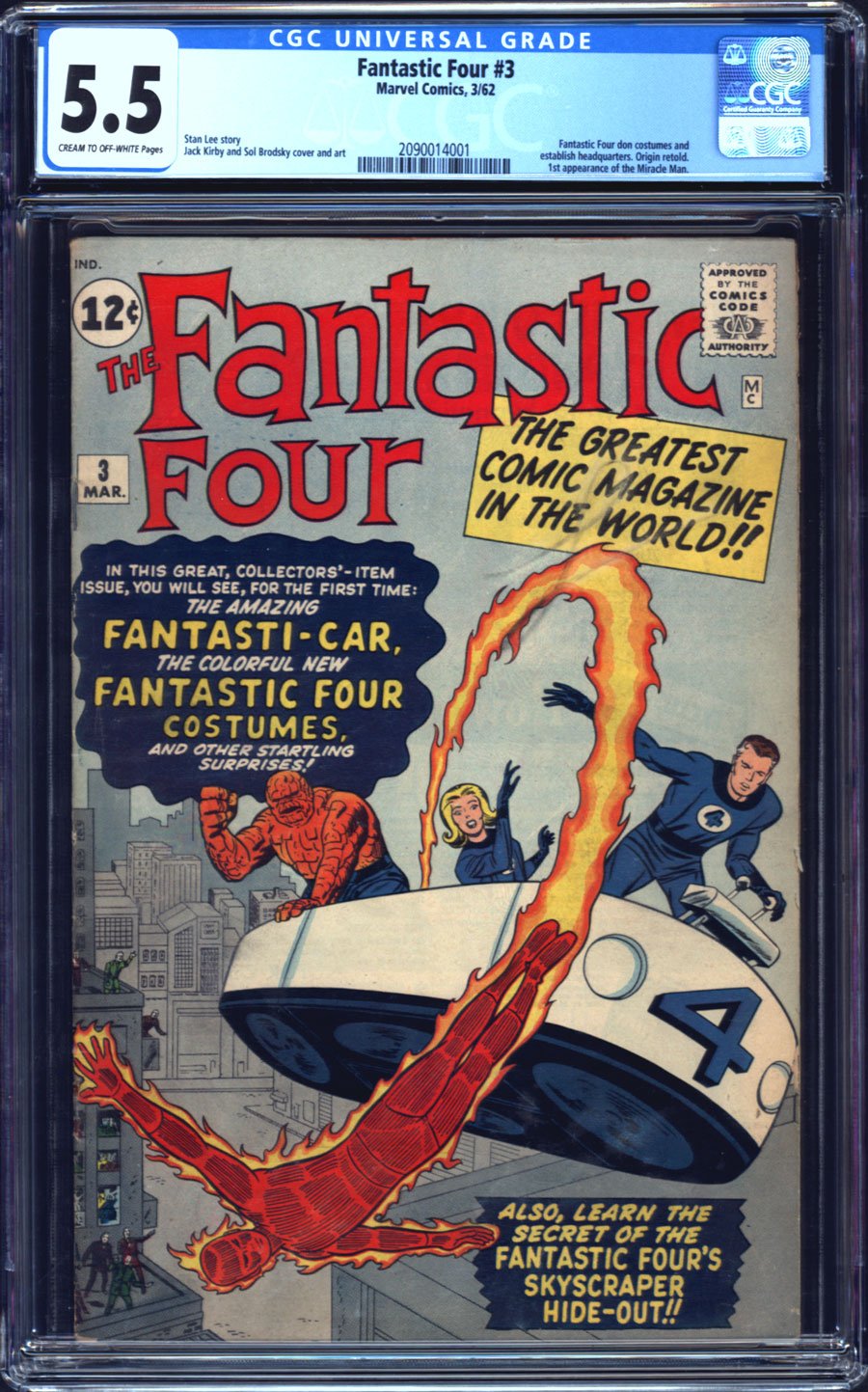 $1,000.00
Highest Offer
4
Offers
Offer Confirmation
You are about to submit an offer of . If accepted, you are legally obligated to purchase the book. Are you sure you want to continue?
Buy Confirmation
You are about to buy this item for , and will be legally obligated under the terms of our User Agreement to pay for it in a timely fashion. Continue?
PUBLISHER: Marvel
COMMENTS: crm/ow pages
Kirby cover/art; 1st costumes & established HQ (3/62)
Read Description ▼
Sell One Of These Inquire About This

Watch
crm/ow pages
Kirby cover/art; 1st costumes & established HQ (3/62)This is not the first issue of the Fantastic Four, but it is an issue filled to the brim with firsts. This issue marks the first appearance of the FF's costumes, which can turn invisible, stretch to incredible lengths, resist powerful flames, and allow Ben Grimm a relaxing day at the beach. This issue also debuts the location of the super-team's headquarters, the design of their Fantasti-car, and even features the first time Stan Lee refers to the series as "The Greatest Comic Magazine in the World". Notably, this issue is also the first to feature an FF fan mail section, the first step in Lee's creation of the Mighty Marvel Fan Base. The vintage Jack Kirby cover design uses the sharp, stark grays of the New York City skyline to highlight the bright reds of Johnny Blaze's flames and the pristine white of the brand new Fantasti-car.
Artist Information