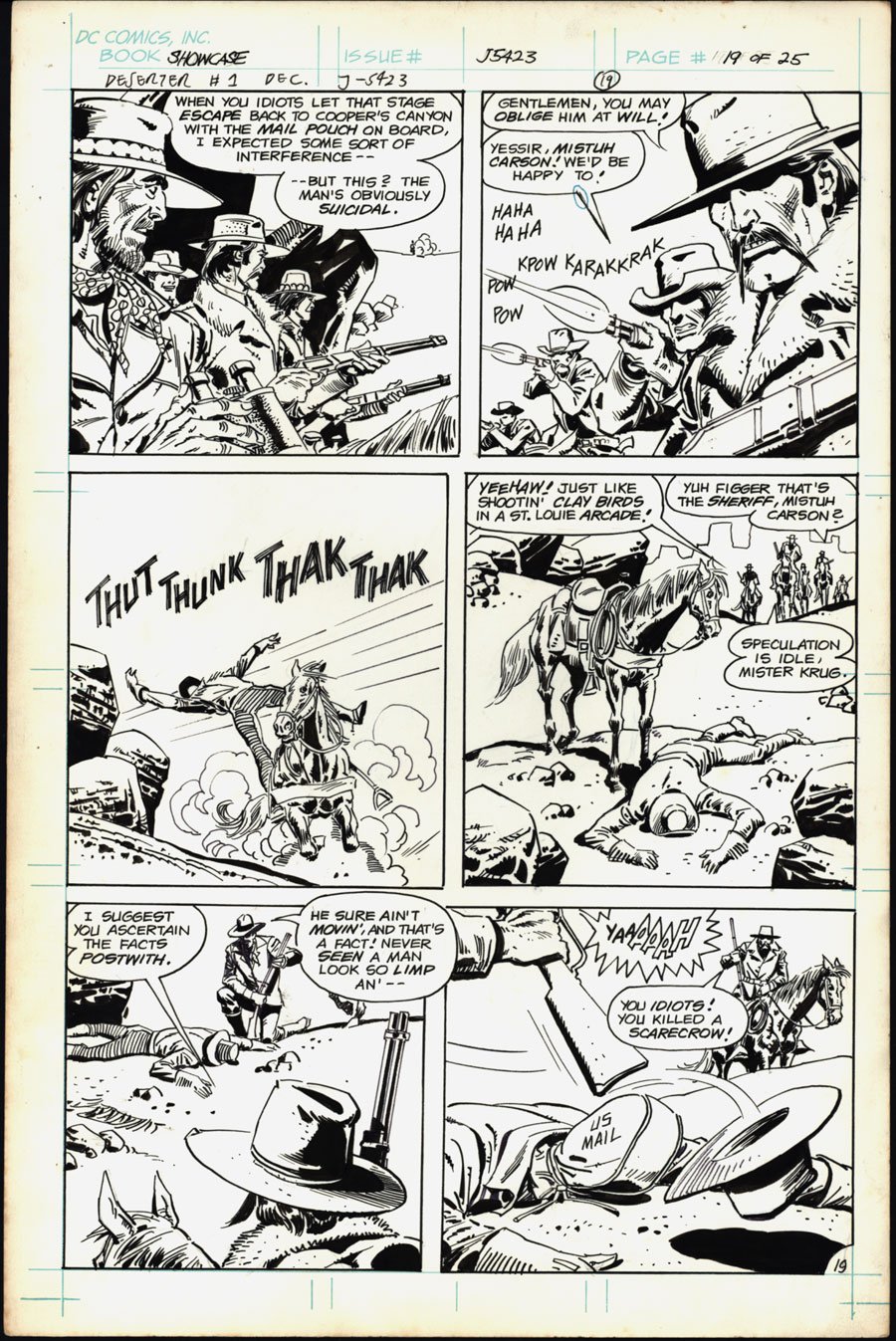 Auction Ends In
$16
Current Bid
3
Bids
NEXT MIN. BID: $18
FYI there's no need to include decimal points(.).
Bid Confirmation
You are about to submit a bid of . If you win this auction, you are legally obligated to purchase the book. Are you sure you want to continue?
Don't Show Again (except when higher than min. bid)
(No Reserve)
PUBLISHER: DC
COMMENTS: Dick Ayers pencils/Romeo Tanghal inks; The Deserter; pg 19; 1978; image size 10" x 15"
Read Description ▼
Sell One Of These Inquire About This

Watch
Dick Ayers pencils/Romeo Tanghal inks; The Deserter; pg 19; 1978; image size 10" x 15"Great action page by Ayers and Tanghal, intended for Showcase #107 but not used because of the titles cancellation, the story ended up in the infamous Cancelled Comics Cavalcade #1. Pen and ink. Art is in excellent condition.
Artists Information