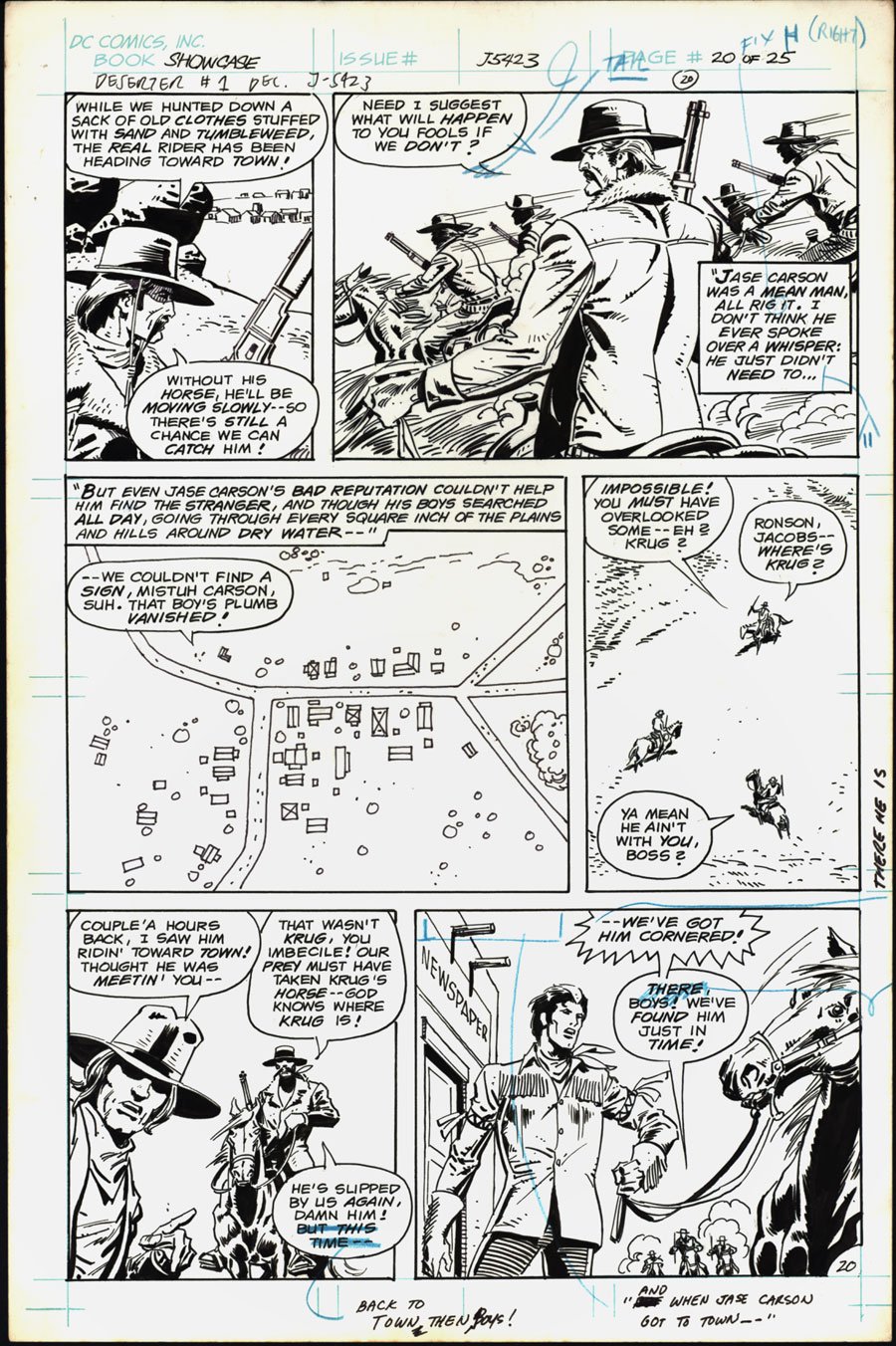 $51
Sold For
7
Bids
This auction has ended.
PUBLISHER: DC
COMMENTS: Dick Ayers pencils/Romeo Tanghal inks; The Deserter; pg 20; 1978; image size 10" x 15"
Read Description ▼
Sell One Of These Inquire About This

Watch
Dick Ayers pencils/Romeo Tanghal inks; The Deserter; pg 20; 1978; image size 10" x 15"Nice page by Ayers and Tanghal, intended for Showcase #107 but not used because of the titles cancellation, the story ended up in the infamous Cancelled Comics Cavalcade #1. Pen and ink. Art is in excellent condition.
Artists Information