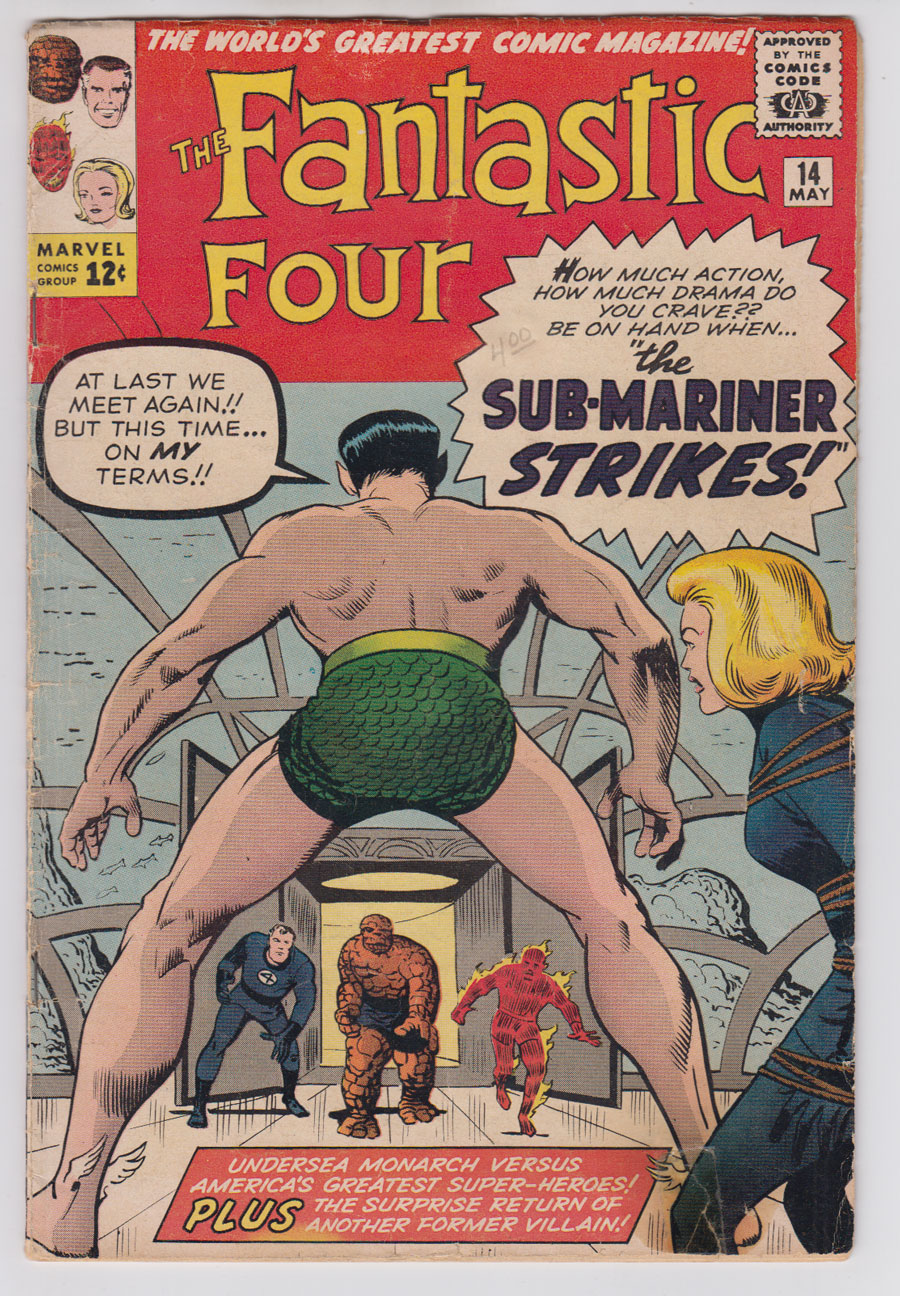 $125.00
Sold For
1
Offers
PUBLISHER: Marvel
COMMENTS: Sub-Mariner app.; bondage cover by Kirby & Ditko
Read Description ▼
Sell One Of These Inquire About This

Watch
Sub-Mariner app.; bondage cover by Kirby & DitkoWhen Prince Namor, the Sub-Mariner, made his Silver Age debut in Fantastic Four #4 after a nearly two-decade absence, comic book readers rejoiced. Namor was always more of an anti-hero due to his persistent frustration with man's ignorant exploits concerning the sea, and of course, his obsession with the Invisible Woman. In FF #14, Namor comes back to duke it out with the Fantastic Four after once again abducting Sue Richards. Not a good look for Namor in these modern times, but such things were de rigueur in the 1960s.
Artists Information