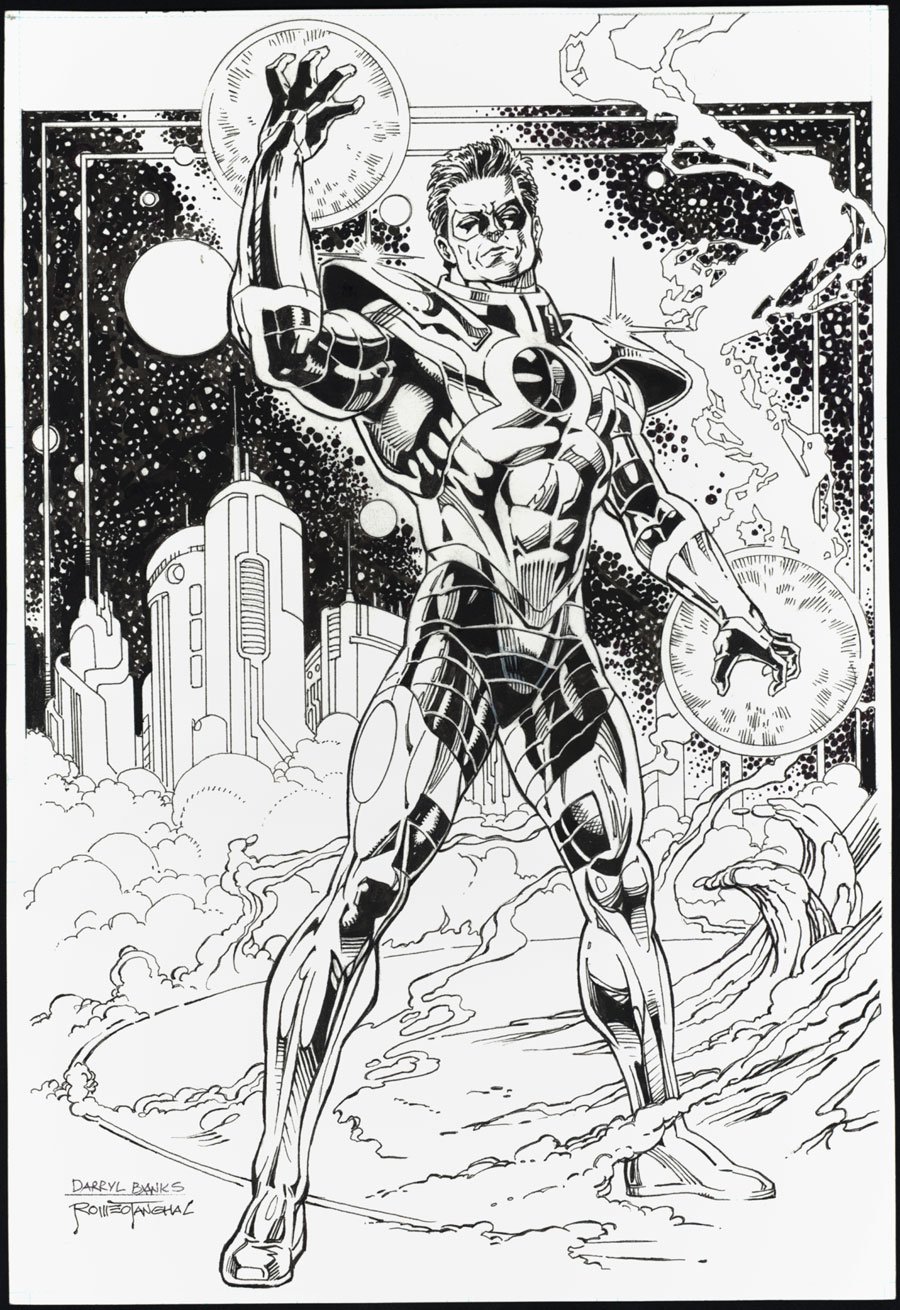 $310
Sold For
15
Bids
This auction has ended.
COMMENTS: Darryl Banks pencils/Romeo Tanghal inks; Hal Jordan as Parallax Recreation; image size 10" x 15"
Read Description ▼
Sell One Of These Inquire About This