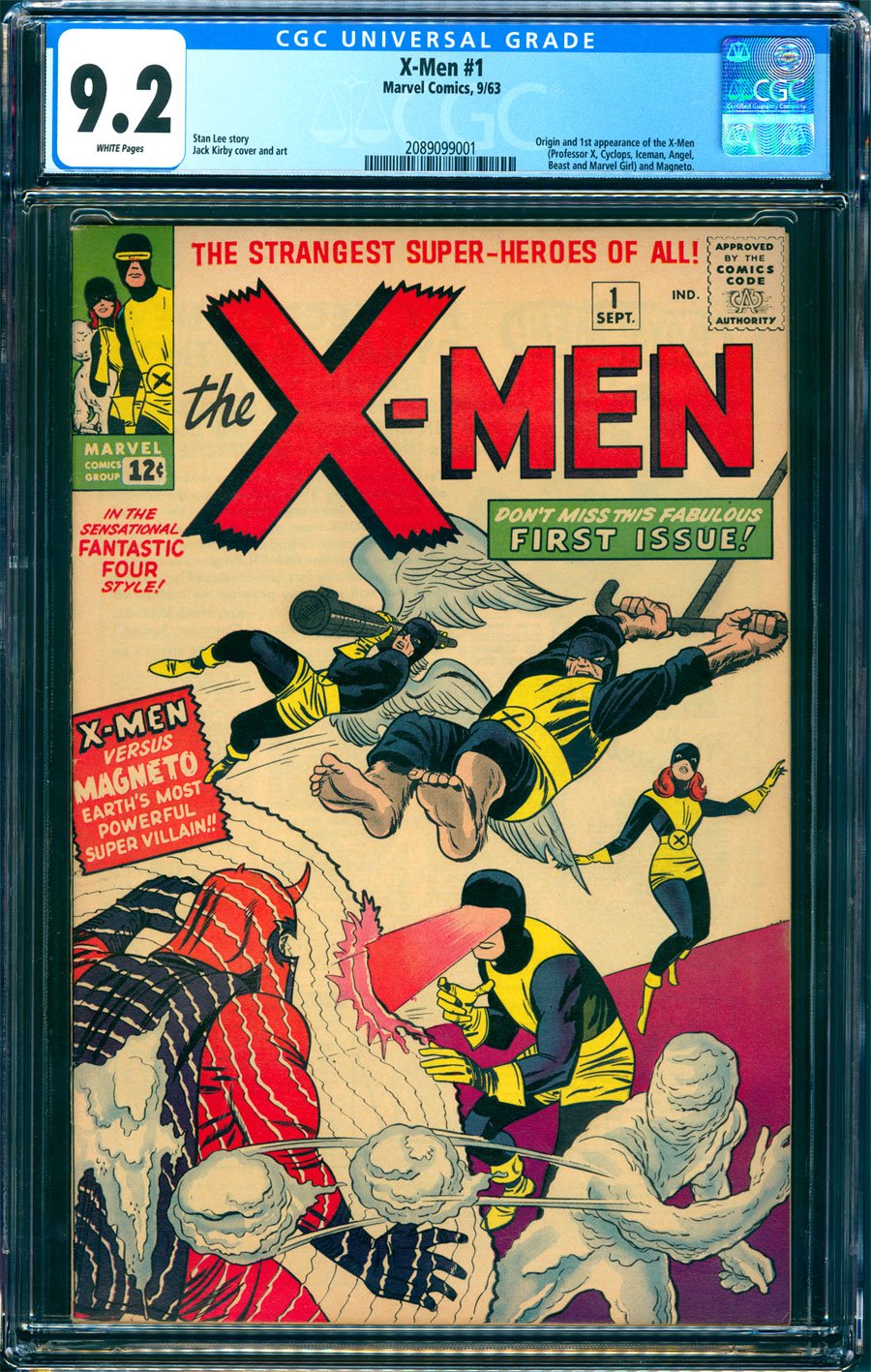 Watch
white pgs
Jack Kirby cvr/art; origin and 1st app. X-Men; 1st app. MagnetoStan Lee once explained that his original title for this series was "The Mutants" but publisher Martin Goodman didn't like the sound of it. Lee, in a stroke of genius, named the newly formed group after its founder, Professor X, and thus the X-Men was born. They were a motley band of outcasts, hated and feared by the human world. The title was almost canceled due to lagging sales but was reborn with a new cast of characters in the 70s which went on to make them a perennial favorite ever since. Everybody can relate to what it is like being an outsider, and that is what draws us to the X-Men. With a staggering number of comic spin-offs, blockbuster movies, and a variety of TV shows and cartoons, the popularity of this first issue has proven to be a strong investment in the marketplace.

Jack Kirby’s masterful cover illustration of Cyclops, Marvel Girl, Iceman, the Beast, and the Angel battling their nemesis, the evil mutant Magneto, has become one of the most iconic images of the X-Men and the entire Marvel Universe. Bright hues dominate this cover, which has almost no visible wear, sharp corners, and rock-solid binding. X-Men #1 is always a solid investment, especially in high grade like this spectacular copy, get ready for that MCU reboot in style with this awesome NM- key.