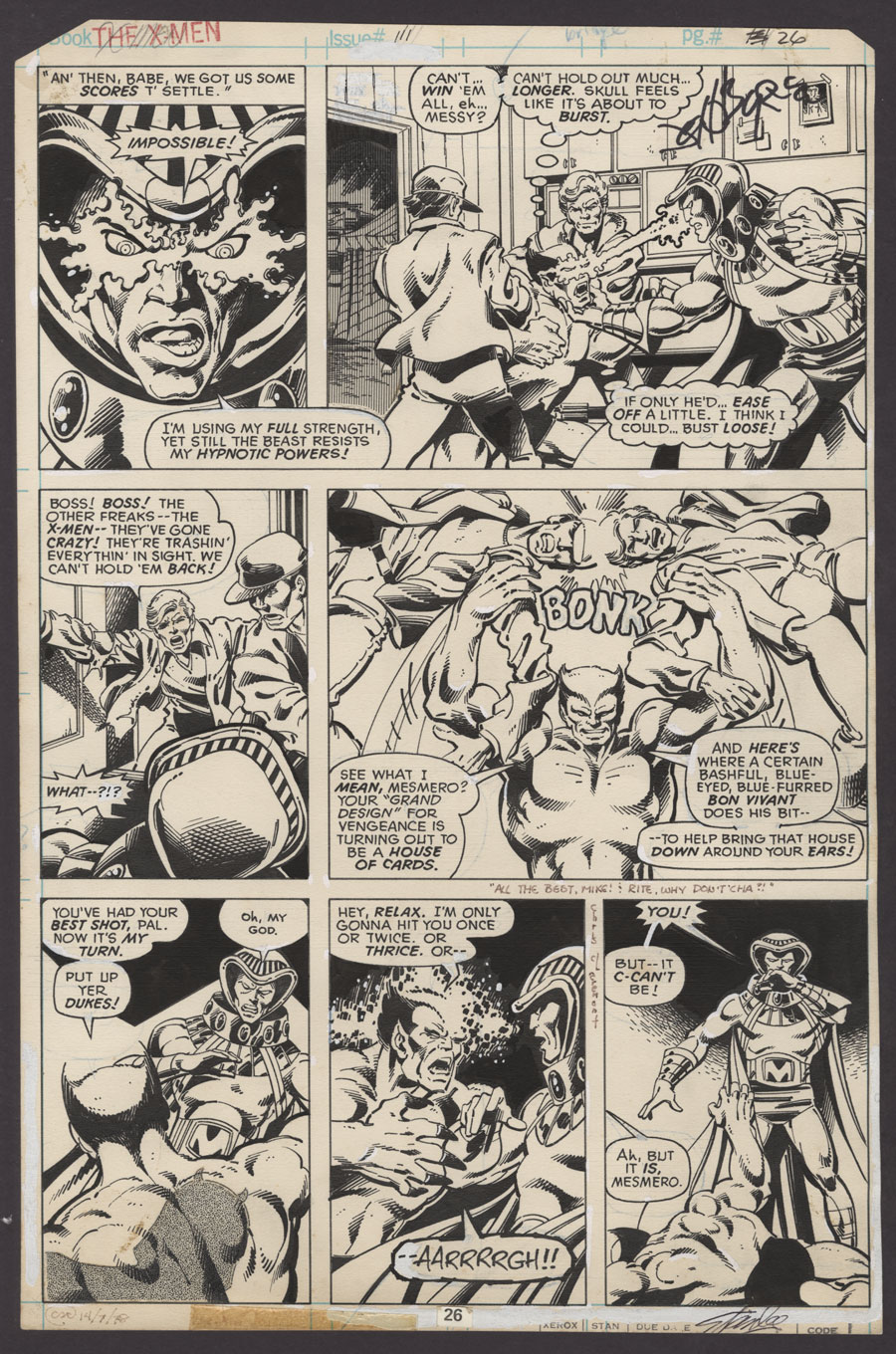 Watch
John Byrne pencils/Terry Austin inks/ Stan Lee signed!; pg 26; 1978; image size 10" x 15"Beautiful Beast vs, Mesmero acition page by Byrne (his 4th X-Men issue!) and Austin, with a cameo from Magneto's shadow in panel 5! Byrne X-Men pages couldn't be hotter, and this page is no exception. From the opening hypnotic eyes of Mesmero to The Beast Bonk-ing a couple of henchmen, just full of classic X-Men action. In addition, this page has been signed by John Byrne in the upper right of panel 2, writer Chris Claremont, with a dedication, in the gutter beneath panel 4, and last but not least, by Stan 'The Man' Lee along the bottom of the page! Pen and ink. Art is in excellent condition.
Artists Information