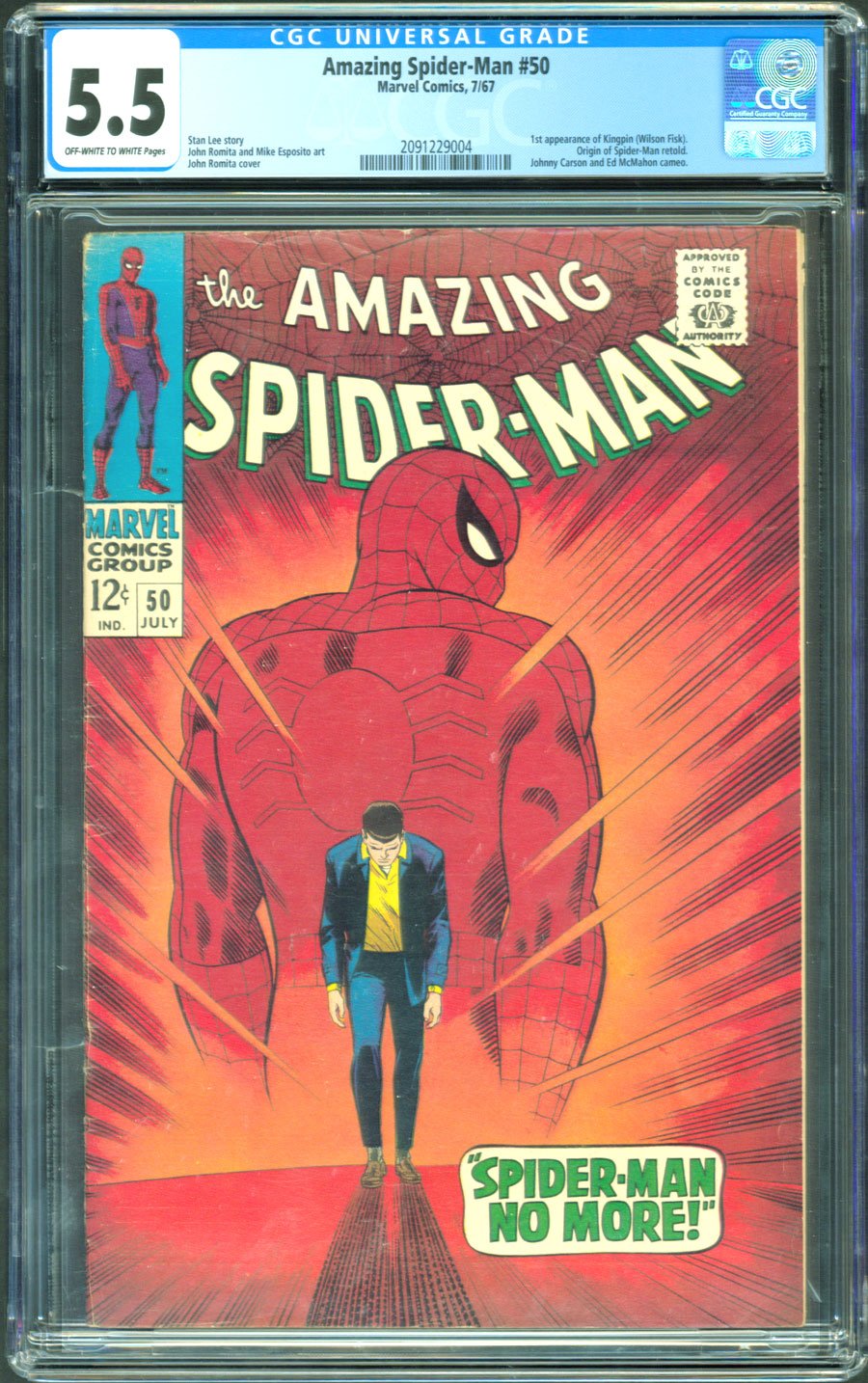 Watch
ow/w pgs
classic Romita cvr; 1st app. Kingpin; origin retoldPeter Parker was the first protagonist in the superhero genre to have a "real" life, a home life, troubles, angst, pathos, you name it, he was a typical American teenager. This issue hones in on his conflicts about donning a costume and fighting crime, and how it affected his everyday existence. Witness Parker's employer, J. Jonah Jameson's crusade to destroy the reputation of Spidey, his dipping grades in school, and a sudden turn of ill-health by his beloved Aunt May, these stresses all combine to pressure him to go into early retirement. The eventual result of this decision was to give rise to one of the single most memorable and iconic images of the Silver Age of Marvel, the forsaken Spider-suit, drooping out of a back-alley garbage pail as a dejected Parker walks away in the rain-soaked background. Not to fear though, dear readers, the rise of a new threat in town, the Kingpin, forces the web-slinger back into action against the massive gang lord, in this, his debut issue. Capped off with what is undeniably one of the all-time classic superhero covers, this is a highly sought-after, beloved comic book.
Artist Information