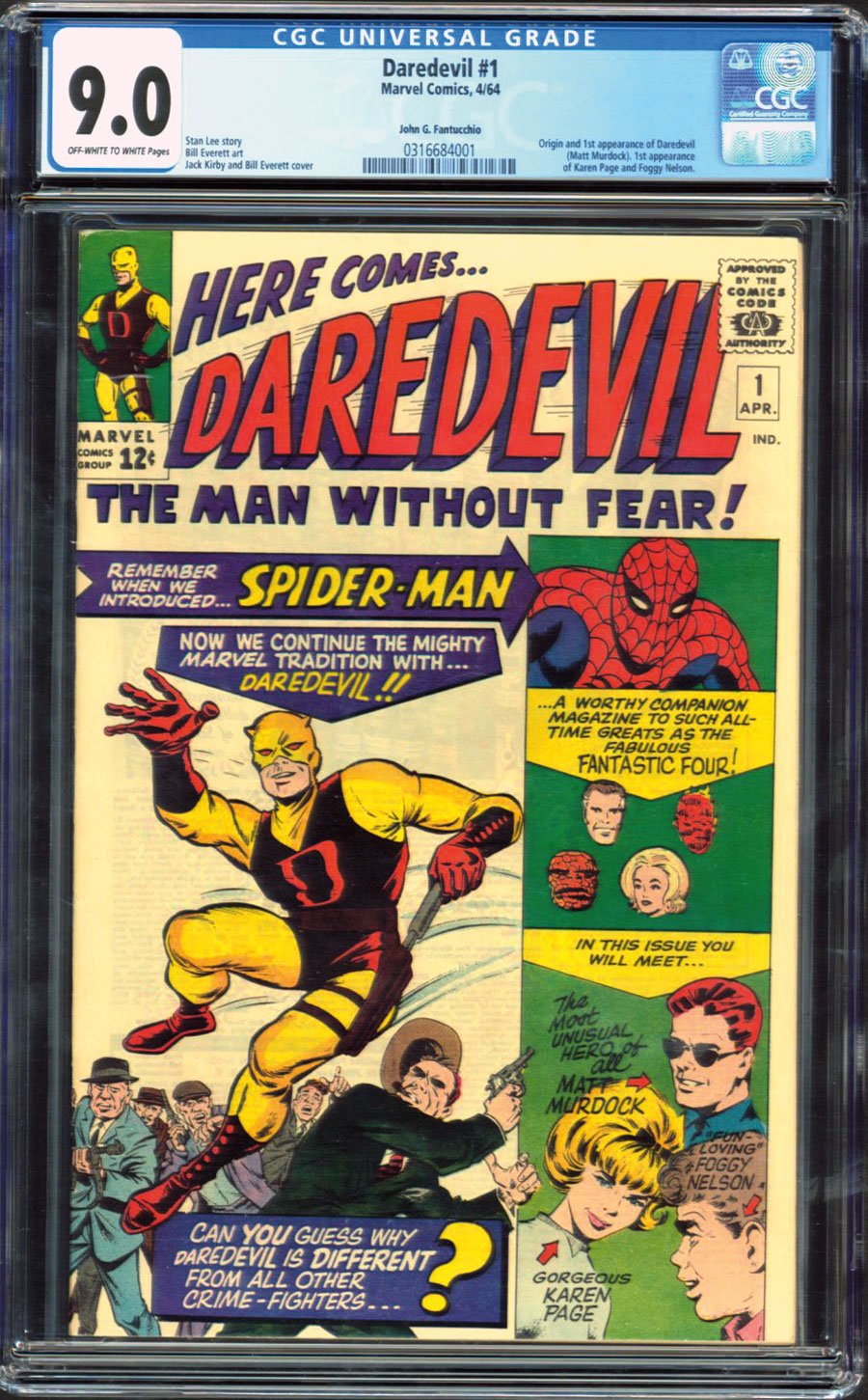 Watch
ow/white pgs
Jack Kirby/Bill Everett cvr; origin & 1st app. of Daredevil (Matt Murdock); 1st app of Karen Page, Foggy NelsonYou can tell from the Spider-Man plug on the cover that Marvel had, by the time of this book's release, become known as a hero machine by pumping out high-gloss, high-energy heroes and heroines, which sold like hotcakes. In this case, the House of Ideas picked up a Biro character name, which had been left to linger, dusted it off and added the enticing gimmick of making their Daredevil a blind lawyer, providing both modern intrigue and a great hook. It would take a while for the character to fully hit his stride, but the dynamic Kirby cover and ravishing Everett interiors attracted readers and established Daredevil as a unique and mature alternative to cosmic adventuring and teenage angst.