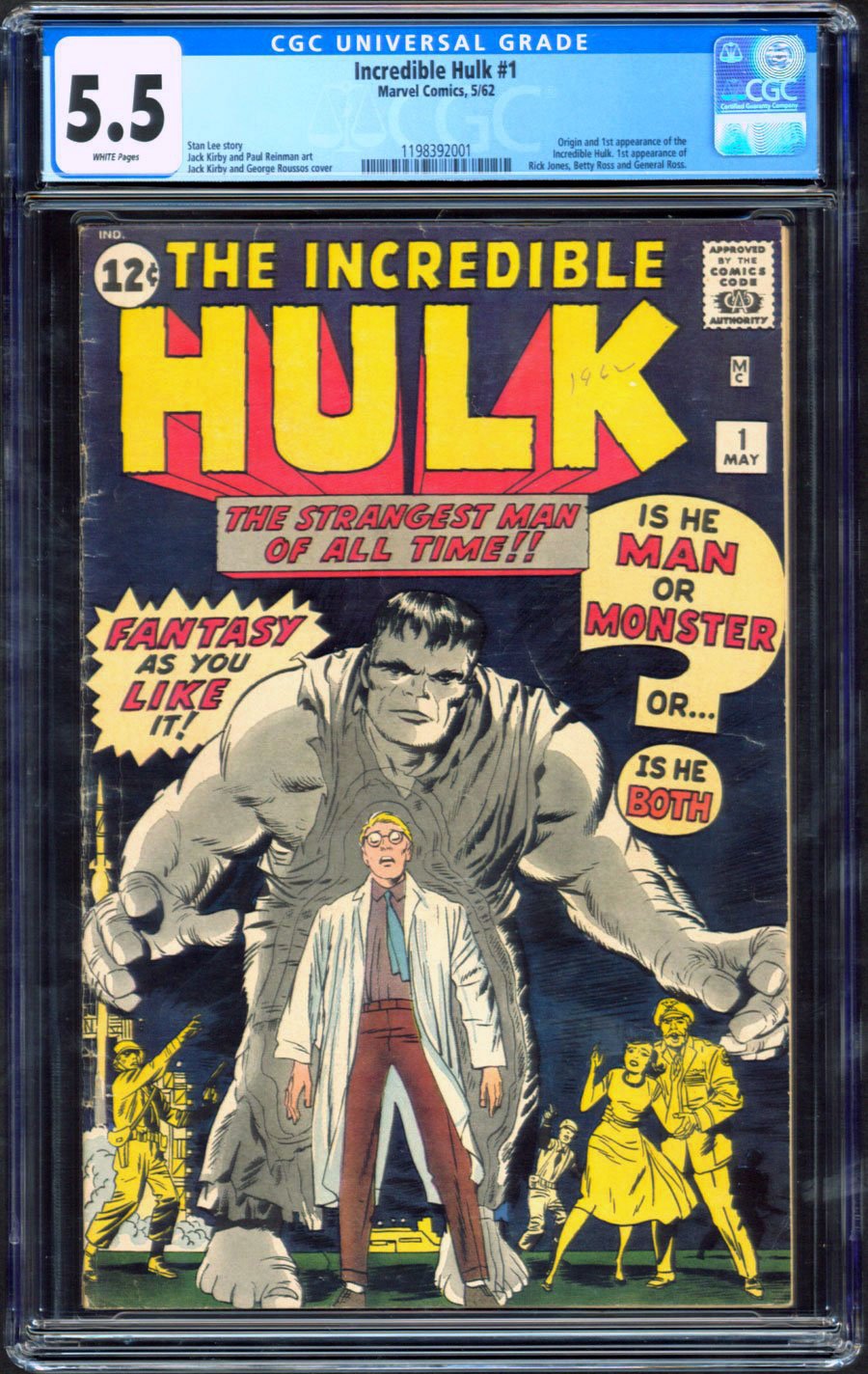 One of three copies of the first appearance of the Hulk in this auction, each at a different grade and price point, this FN- example is in the sweet spot between condition and affordability. Sunny yellow tones and an array of grays stand out against the dark background wash, making this iconic Jack Kirby cover appealing and impressive. The Green Goliath is due for a cinematic return to the MCU in the near future so now would be a good time to get in on the action.