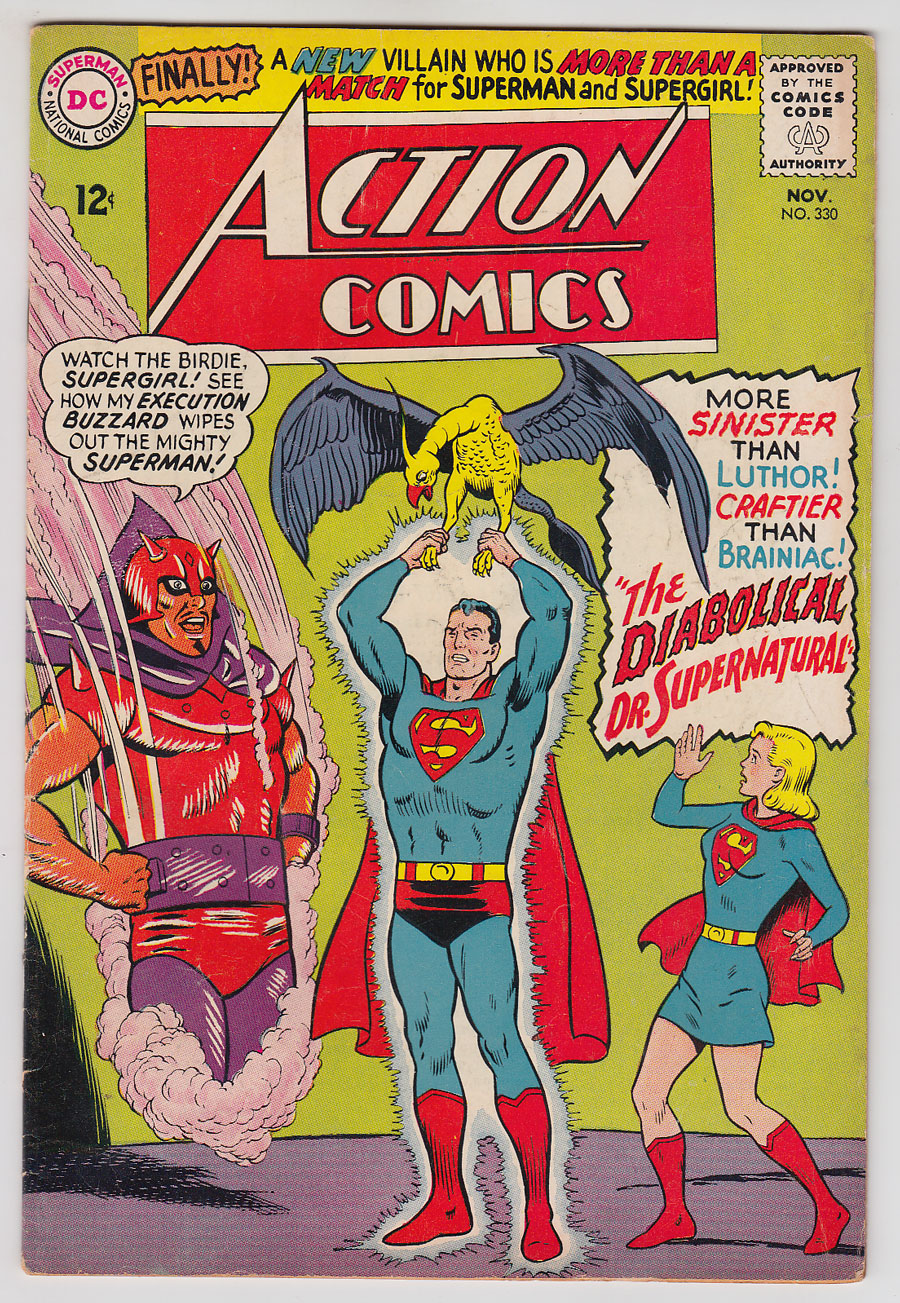 Watch
ow/white pgs
Supergirl cover (11/65)Cover pencils by Curt Swan, inks by George Klein. "The Strange 'S' Spell on Superman!", script by Edmond Hamilton, pencils by Curt Swan, inks by George Klein; Red Kryptonite causes Superman to steal things beginning with the letter "S" and give them to the poor. Justice League of America ad. "Supergirl's Duel with Dr. Supernatural!", script by Leo Dorfman, art by Jim Mooney; On the Purple Planet, Supergirl battles Drang, who has imprisoned the heroes of many different planets.
Artists Information