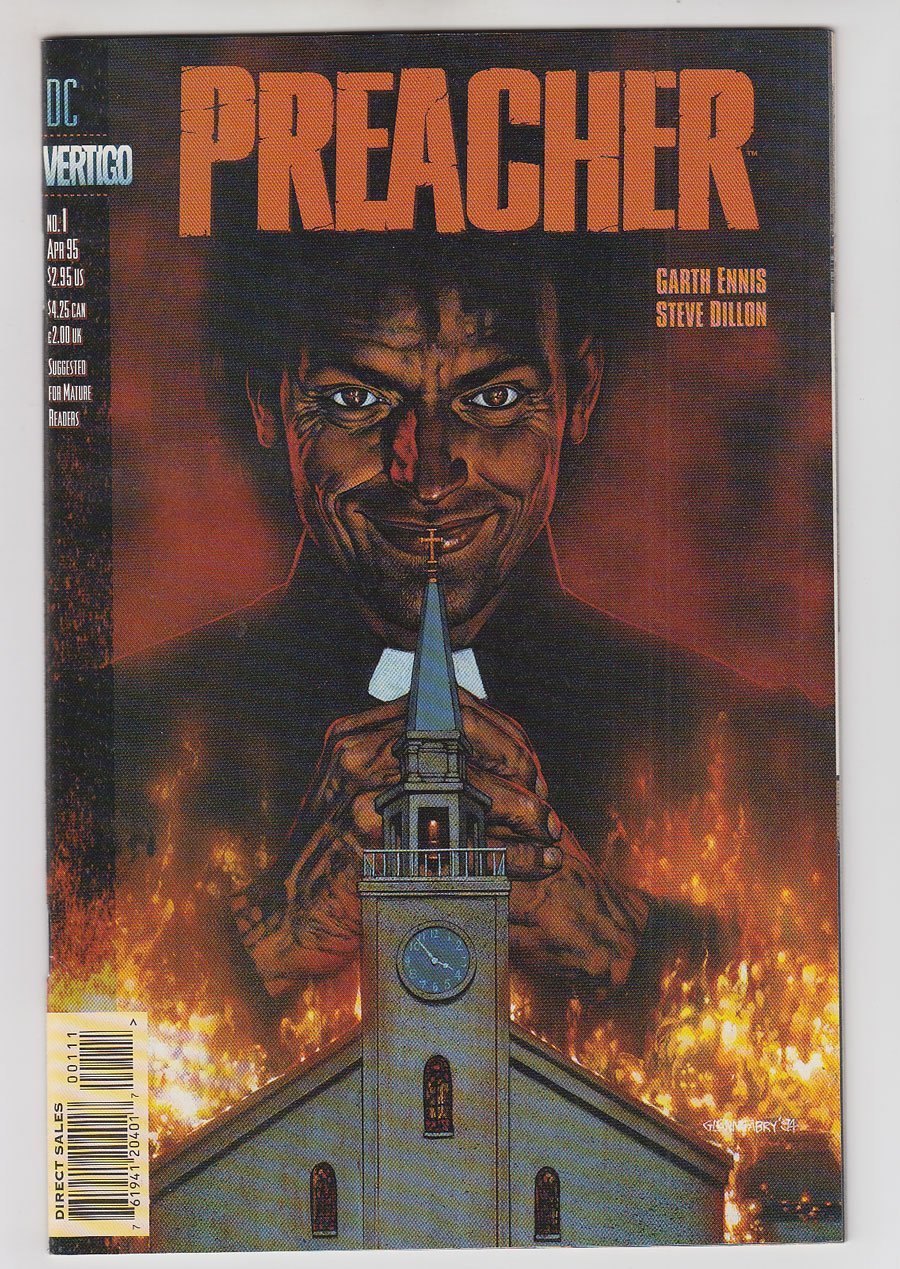 Watch
white pgs
Fabry cvr; 1st app. Jesse, Tulip, Cassidy, Saint of Killers (4/95)Created by writer Garth Ennis and artists Steve Dillon and Glenn Fabry, Preacher is a comic book released by Vertigo that tackles the very controversial topic of religion. Jesse Custer is a Preacher in a small town in Texas who becomes gifted/cursed with a power named Genesis, which is the ethereal form of the child born from the union of a demon and an angel, which is considered an abomination by God, who decides to step down from his throne and travel the Earth as a result. Custer is given the power to cause people to do his bidding simply by speaking commands to them, and, seeing as he is carrying one of the most potent forces in the universe around in his body, he himself may be the most powerful being on the planet. Along for the ride are Jesse’s ex-flame, Tulip, and a wisecracking Irish vampire by the name of Cassidy. The series was a limited run of seventy-five issues, sixty-six in the original run, and the balance is comprised of miniseries. The grandiose implications of the comic are tempered by the down and dirty everyday existences of the characters. After a couple of false starts at Miramax and HBO, Preacher was eventually adapted into a hit TV series on AMC, which is said to run four seasons, and has certainly made this introductory issue a bit of a hot property among the collecting crowd.