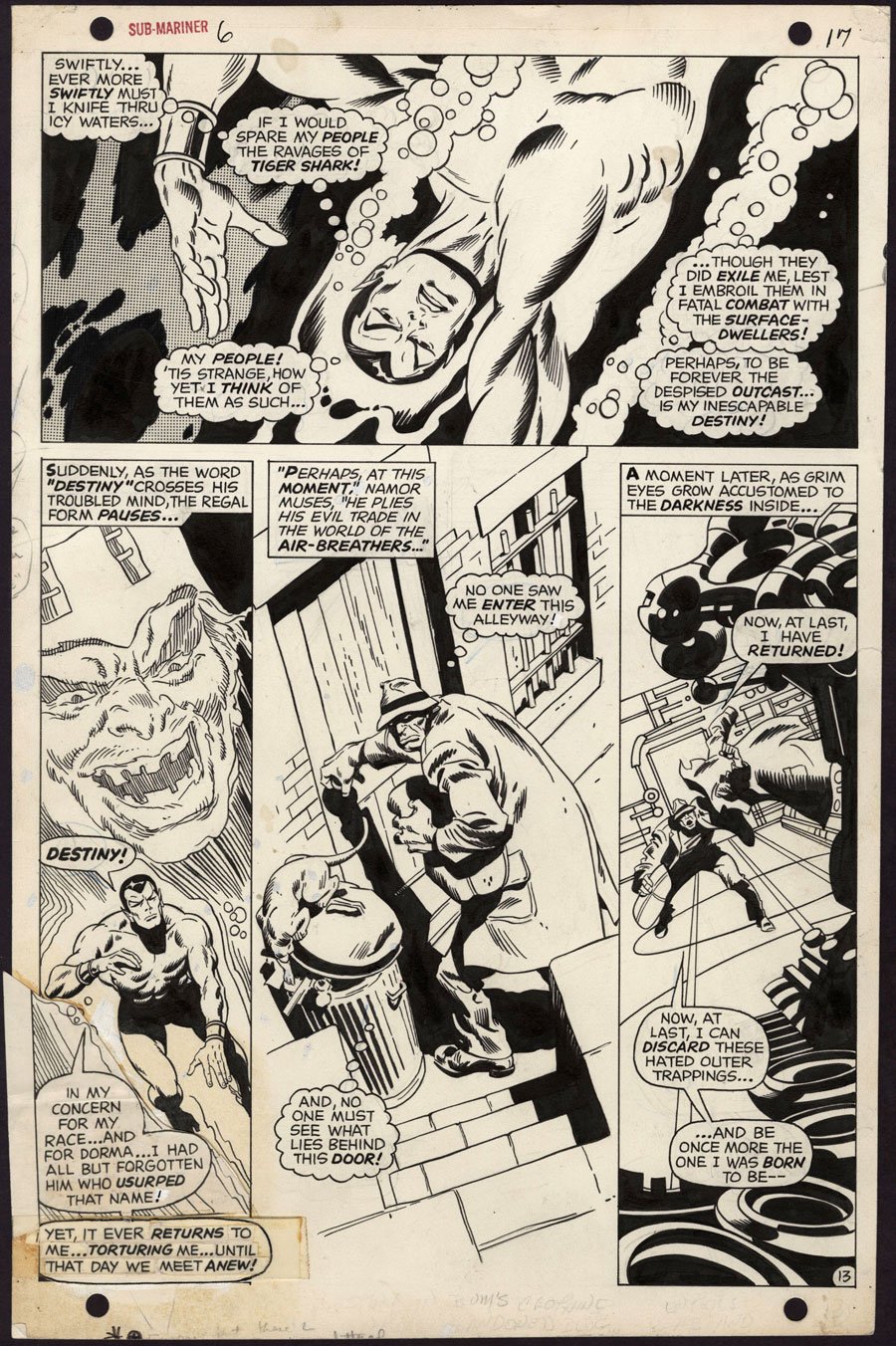 John Buscema seemed to master mood and dynamic figure drawing right from the get go, as can be seen here on one of his earliest high profile gigs.