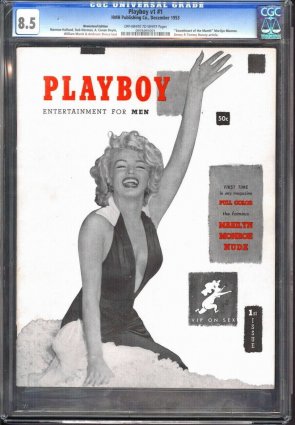 $1.00
Starting Bid
--
Bids
BID:
Bid Confirmation
You are about to submit a bid of . If you win this auction, you are legally obligated to purchase the book. Are you sure you want to continue?
Don't Show Again (except when higher than min. bid)
(No Reserve)
PUBLISHER: HMH Publishing Co.
COMMENTS: ow/white pgs - Newsstand Edition
"Sweetheart of the Month" Marilyn Monroe
Read Description ▼
Sell One Of These Inquire About This

DESCRIPTION
Share This:
ow/white pgs - Newsstand Edition
"Sweetheart of the Month" Marilyn MonroeMarilyn Monroe. We know her, and we love her, that is one of the reasons she was chosen by Hugh Hefner to grace the cover of the very first Playboy Magazine. The premiere of Playboy was undated as Hef was unsure there would be a second issue when he put this magazine together in his kitchen in Hyde Park. The centerfold was not original content produced for Playboy, but was actually an unused image from a photoshoot for Monroe's popular calendar. The marketing strategy was centered around the starlet's nudity and, the strategy worked, Playboy was a respectable success, the first issue sold out within weeks of release. Since the known circulation was less than 55,000 that makes this example an amazing find.

CGC #1 Playboys, Newsstand Edition, do not grow on trees as evidenced in the CGC census where sightly less than 5% of all those graded have achieved a grade of 8.5 or better.This ultra-rare copy is in elite company, indeed. Also, you've got America's Beloved Beauty, Marilyn Monroe, on the cover and inside as the One-and-Only "Sweetheart of the Month": her nude layout is, literally, the stuff dreams are made of. Inside, as well, there is "Sherlock Holmes" fiction by Sir Arthur Conan Doyle, "VIP On Sex" cartoons by Virgil Partch, a "Big Band" article featuring Tommy and Jimmy Dorsey, sports ("The Return of the All-Purpose Back") and much more. Here, then, is "The Holy Grail" of all Playboys, the magazine that launched the Playboy Empire and a must for any true collector of Americana! 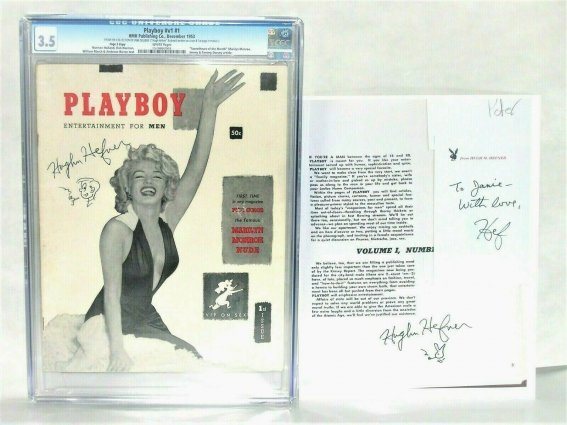 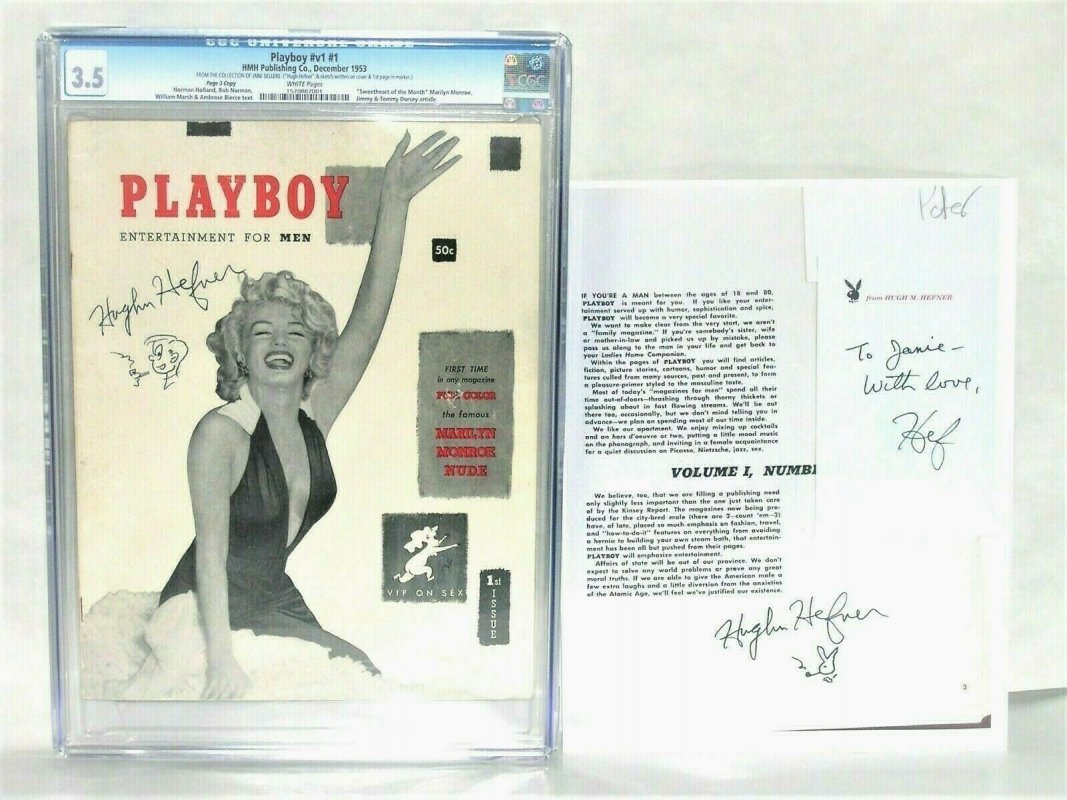 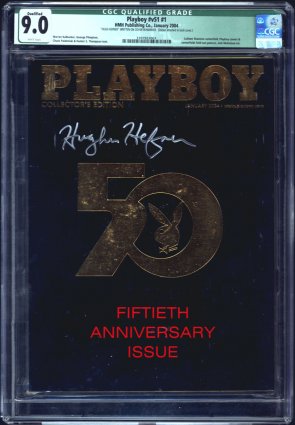 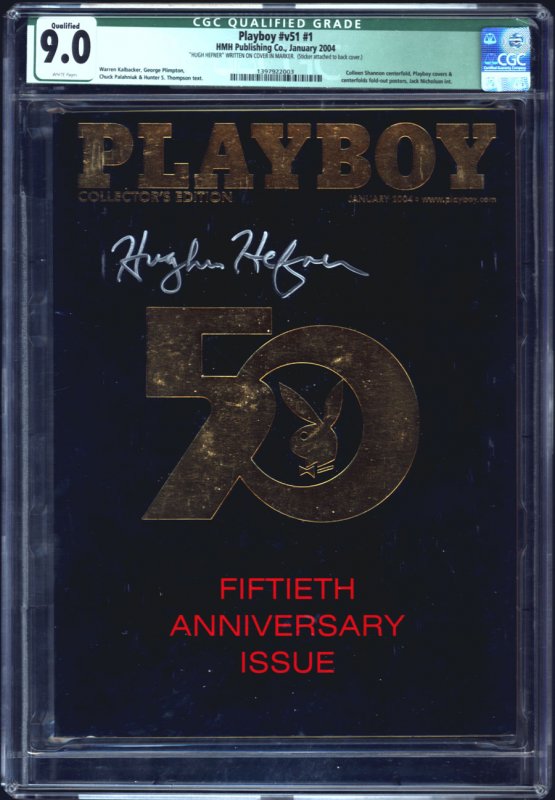