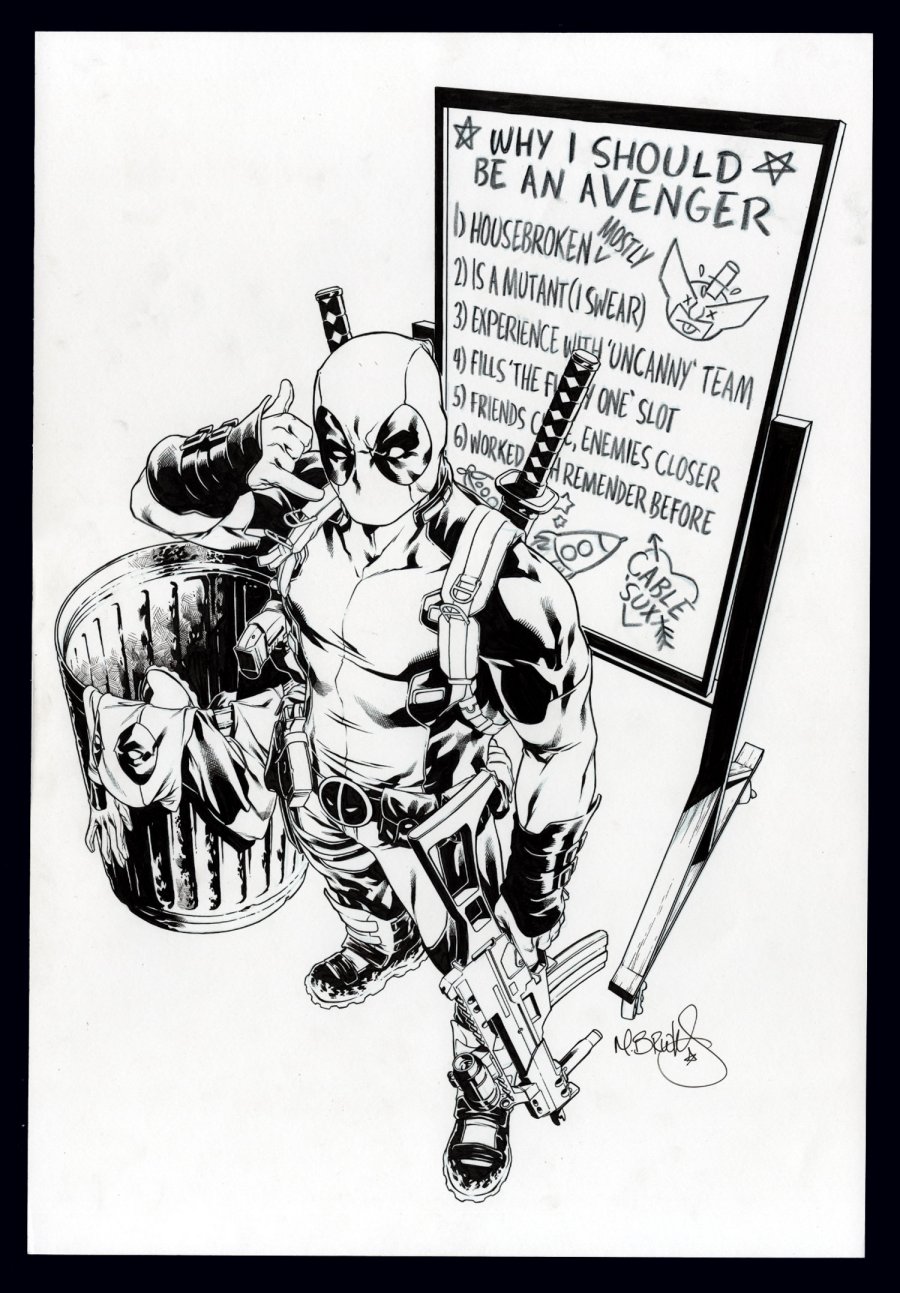 $2,758
Sold For
54
Bids
This auction has ended.
PUBLISHER: Marvel
COMMENTS: Deadpool "Call Me Maybe" Variant Cover; Mark Brooks pencils and inks; 2012; image size 12" x 17.5"
Read Description ▼
Sell One Of These Inquire About This

Watch
Deadpool "Call Me Maybe" Variant Cover; Mark Brooks pencils and inks; 2012; image size 12" x 17.5"Planned to coincide with Marvel’s “Marvel Now” relaunch of existing titles, the creative team of Rick Remender and John Cassiday introduced the Uncanny Avengers, a mash up of the two hero teams Avengers and X-Men. This first issue has a plot that involves Red Skull obtaining the brain of the recently deceased Charles Xavier for nefarious purposes no doubt. The issue had many variant covers released upon publication, including this awesome Mark Brooks Deadpool cover, showing the sardonic superhero making the “Call Me Maybe” hand gesture as he stands in front of a list of comically clever reasons he should be allowed to join the Avengers. Brooks is primarily known for his work on Deadpool and the character's extended universe, so this is guaranteed be a popular item for his legion of devoted fans.

Deadpool is fast becoming the most lovable hero in comics and his recent series of films only solidifies his place in the pop culture pantheon. This spectacular variant cover for Uncanny Avengers by Mark Brooks is a steal at any price and is sure to turn heads whenever someone sees it hanging on your wall! Certainly a sound investment as, like all original art, it is the only one in existence and is sure to climb in value. Pen and ink. Art is in excellent condition. Signed by Brooks.