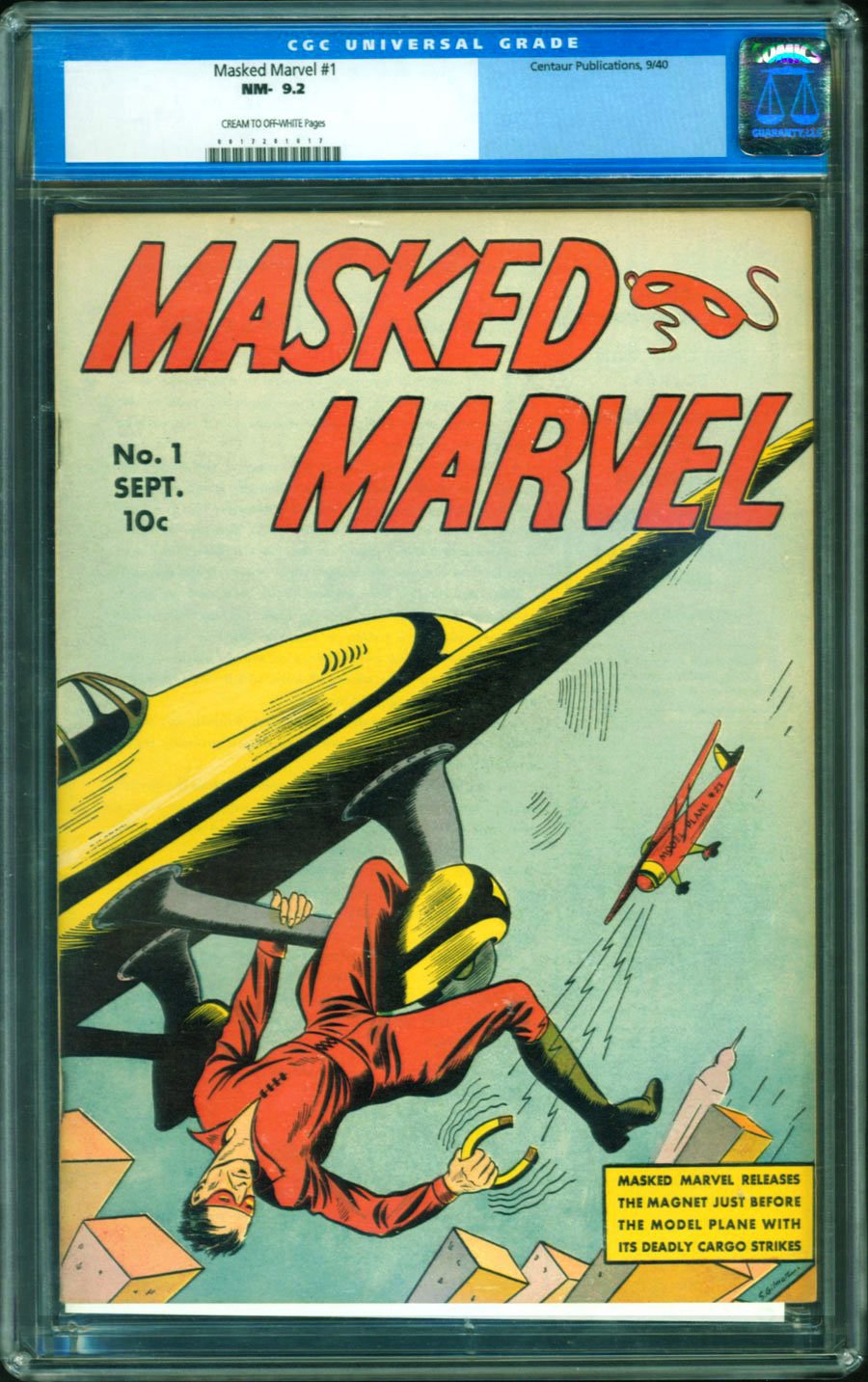 $3,350
Sold For
17
Bids
This auction has ended.
PUBLISHER: Centaur
COMMENTS: cream/ow pgs; 2nd highest graded!
rare!! first Masked Marvel in own title (9/40)
Read Description ▼
Sell One Of These Inquire About This

Watch
cream/ow pgs; 2nd highest graded!
rare!! first Masked Marvel in own title (9/40)The "secret identity" trope is one of superhero fiction's great standbys, as caped do-gooders and night-crawling baddie-fighters keep their private lives private, to protect those they love and have a moment's peace from nefarious villains. In most instances, we, the reader, are allowed into the hero's inner sanctum, privy to their mysterious double-life. Then there's the Masked Marvel, whose unusual gimmick was... well, that we have no idea who he was. While in later incarnations during his Malibu Comics revival allowed him the luxury of a civilian identity, the original Golden Age hero was mysterious even to his readership, his true name never revealed to audiences, allowing him an extra layer of interest and mystery that helped him stand out from the army of Super-copycats that littered newsstands in the post-Action #1 era. Centaur knew a good thing when they saw it, and hastily promoted him from the pages of Keen Detective into his own solo title in this pre-war rarity beloved of obscure Golden Age superhero strips.