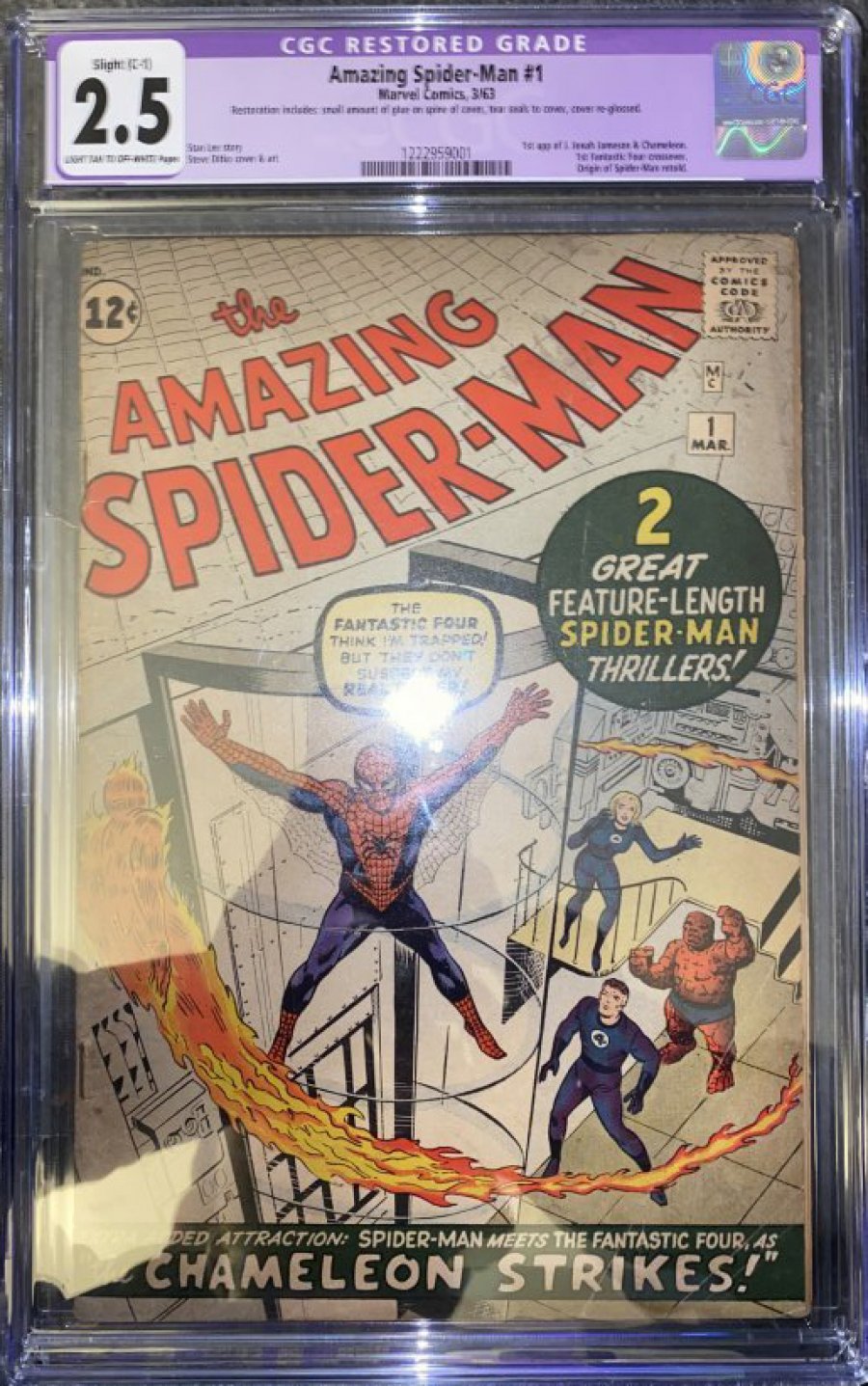 Watch
Light Tan to Off-White pgs; CGC#1222959001
Ditko cvr/art; origin retold; 1st Chameleon; 1st J. Jonah Jameson; Fantastic Four cover (3/63)Where previous heroes had their origin stories based in spectacular events, dramatic twists, and high tragedy, Stan Lee and Steve Ditko firmly planted their flagship character's feet in the hard ground of daily life in the big city. Shy, insecure, lower-class teen, Peter Parker, drawn to scrawny imperfection by Ditko, transforms into a freakish, wise-cracking daredevil, tortured by guilt over the loss of his father figure, all while scrambling to make a quick buck from his sudden brush with semi-greatness. Spider-Man's first appearance in Amazing Fantasy #15 was like nothing anyone had seen before and was an overnight sensation, leading to a hurriedly prepared solo debut issue. Note the use of the Fantastic Four on the cover as insurance, as their group exploits were Marvel's one real box-office draw at the time, and the hungry, ambitious Lee was taking no chances. One of the most important comics of the Silver Age, and the book that proved the Marvel Age was no fluke. Spider-Man's first self-titled issue demarcates a new era of superheroes that is characterized by humanistic protagonists and energetic art that stands apart from the clean-cut crusaders of the Golden Age.