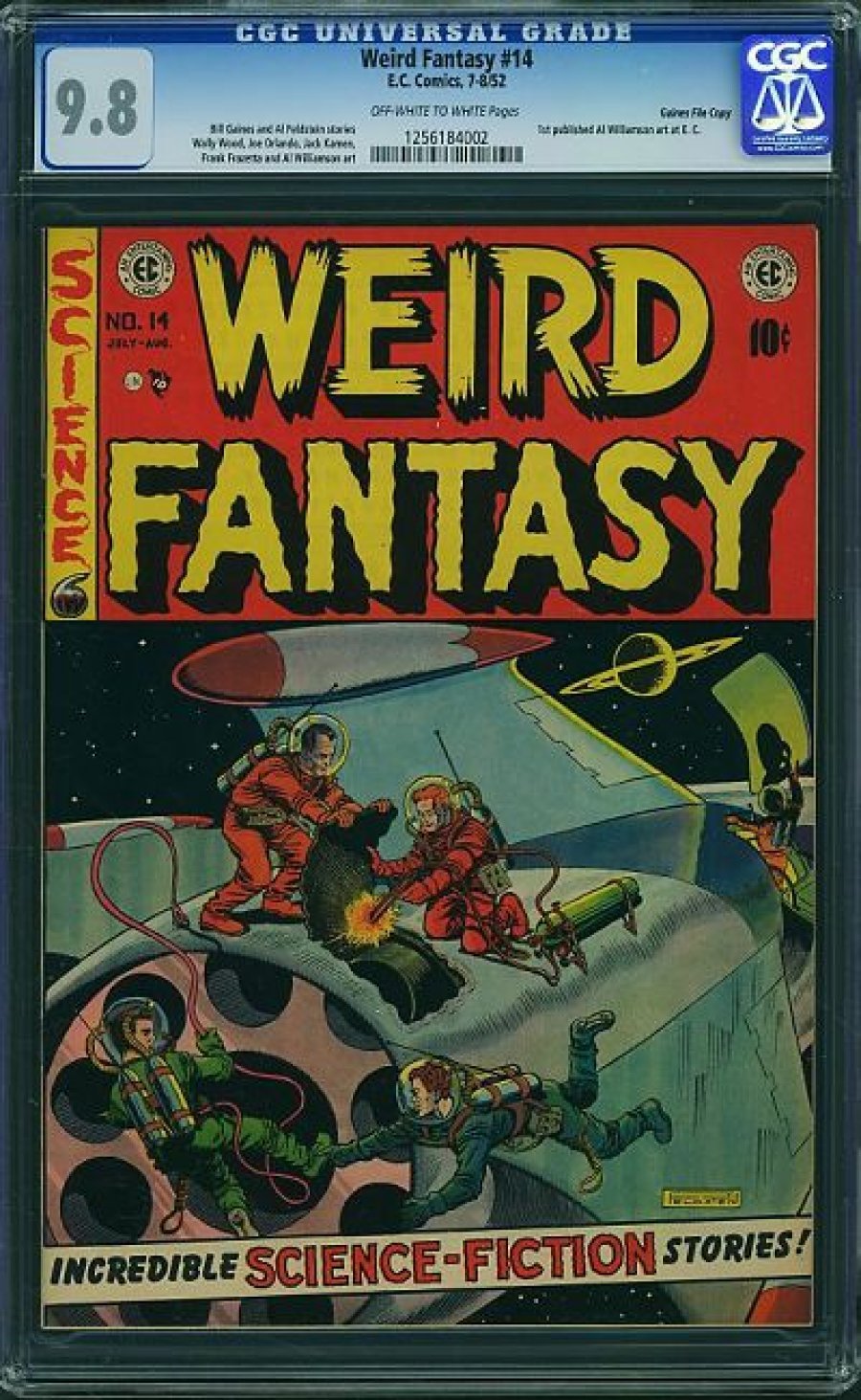 Watch
Off-White to White pgs; CGC#1256184002
1st EC Al Williamson art; 2nd issue, atomic explosion cvr, panels
Gaines File Copy
Highest GradedWilliam Gaines probably didn't set out to change the course of American popular culture when he took the reins of EC, originally Educational Comics, in the early 1950s. Over a four-decade career, he did just that. Starting with the gutsy and willfully anti-authoritarian EC horror and crime titles, then with the sci-fi series that introduced young readers to the revelatory genre that had flourished since its ratty pulp origins. And finally, his groundbreaking Mad Magazine which influenced nearly every major humorist and comedian of the late 20th Century.
When he opened his vaults in the mid-90s, collectors were astonished at the high-grade EC classics contained therein, which formed the beloved Gaines File Copy pedigree. Possessed of unusually bright pages (a rarity for remaining ECs in any grade) and vivid colors, these copies are greedily sought by devoted EC collectors as they are invariably among the highest graded. In recent years, ECs have once again become red hot, as Silver Age collectors, tired of cape books, fall in love with the garish covers and overwhelming imagery. The demand for crime and horror covers makes these sci-fi series the next frontier of Silver Age collecting.