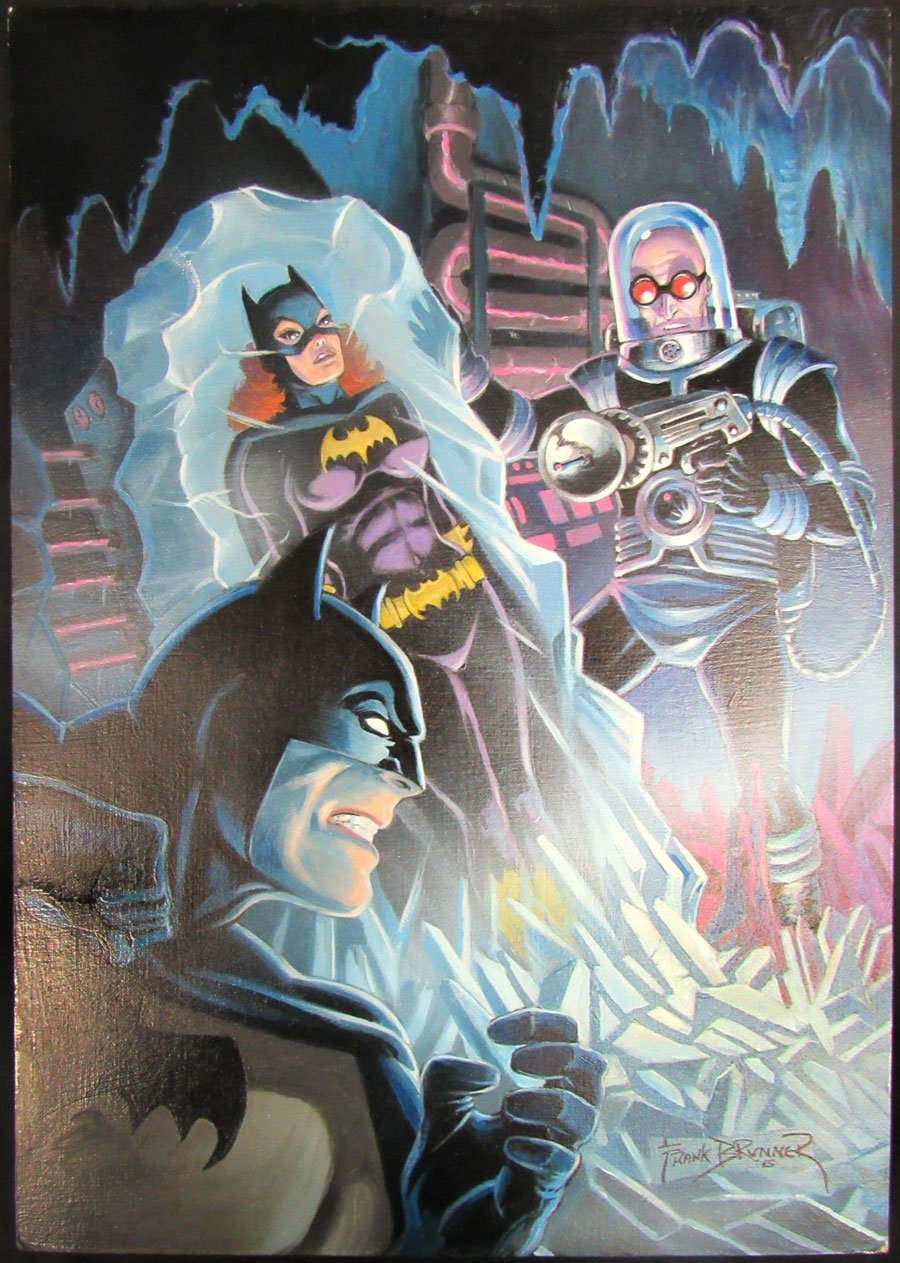 Watch
Batman, Batgirl and Mr. Freeze; Frank Brunner painting; 2015; image size 12" x 17"Chillingly rendered depiction of Batman coming to the rescue of Batgirl who is in the clutches of the diabolical Mr. Freeze. Brunner, one of the standout artists of comics' Bronze Age, shows off his painting skills in this wonderful image. Acrylic on illustration board, Art is in excellent condition. Signed and dated by Brunner.

Frank Brunner got his start drawing stories for Warren's horror magazines like Creepy, Eerie and Vampirella. He would go on to his best success as one of the stlawarts of Marvel's Bronze Age with memorable runs on Doctor Strange and Howard the Duck.