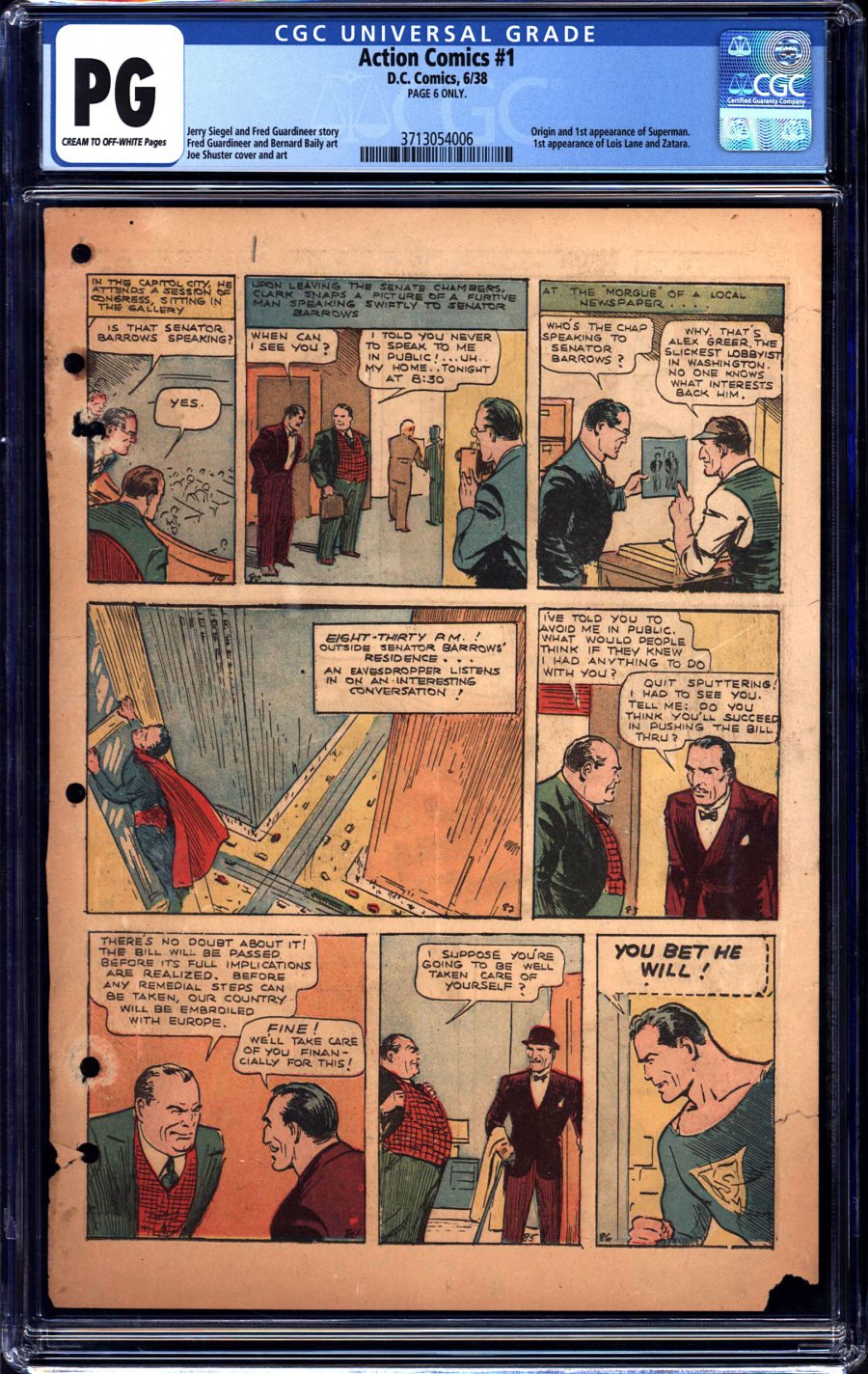 $5,200
Sold For
28
Bids
This auction has ended.
PUBLISHER: DC
COMMENTS: crm/ow pgs; Page 6 only; features Action 7 cover in panel
origin & 1st app. of Superman by Siegel and Shuster
Read Description ▼
Sell One Of These Inquire About This

Watch
crm/ow pgs; Page 6 only; features Action 7 cover in panel
origin & 1st app. of Superman by Siegel and ShusterThe most important comic book in history, Action #1 stands as the introduction of the archetype of all other heroes to come as Superman transcends comics and pop culture as an icon of truth, justice, and the American way!