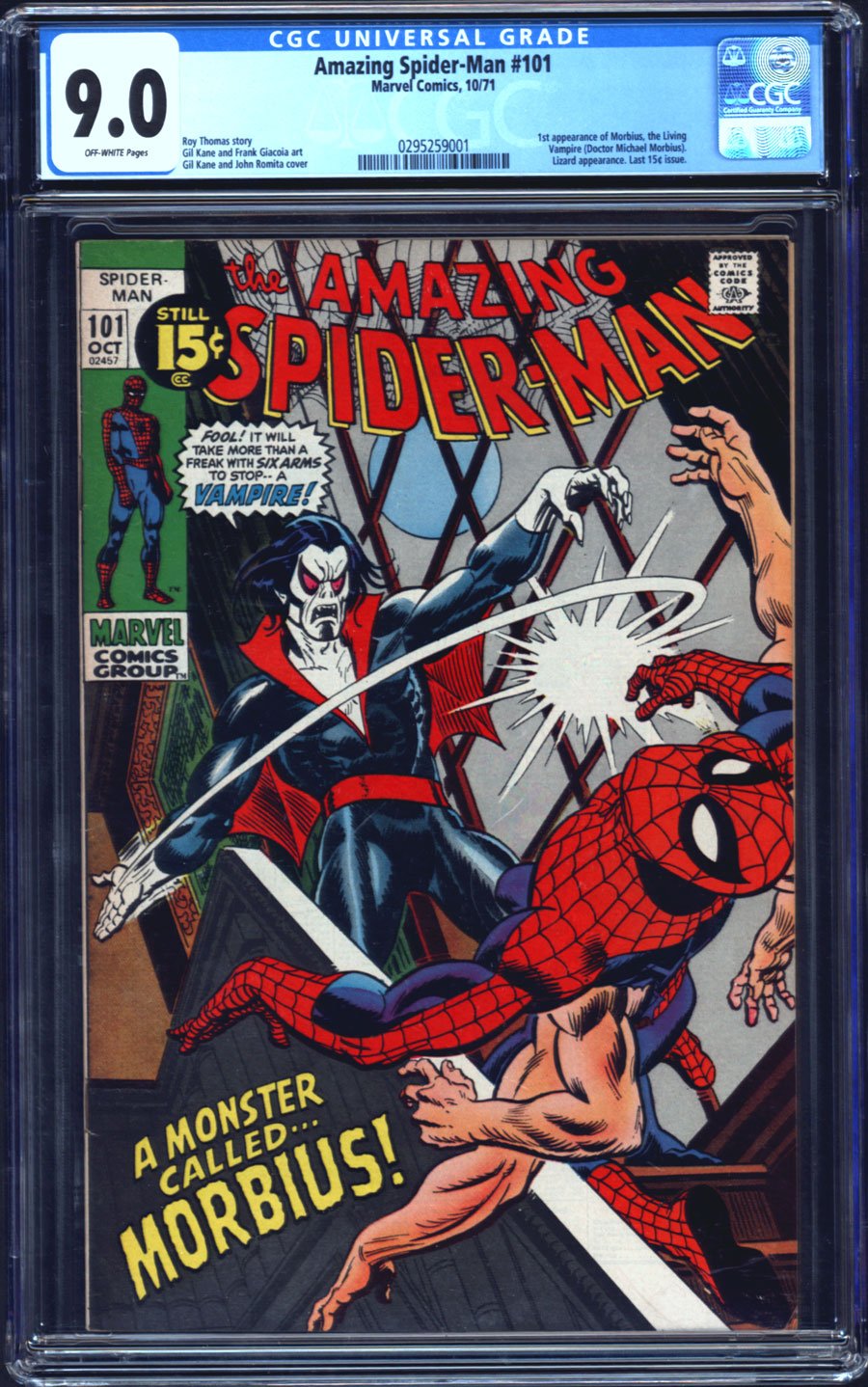 Watch
off white pgs
Gil Kane cover/art, John Romita cover; 1st app. Morbius;
film starring Jared LetoMarvel’s cinematic output has the power to turn a somewhat overlooked comic into a key issue overnight, simply by mentioning an upcoming project, and this book, ASM #101 is one of the lucky issues to be granted this lofty status. Back in the early 70s the CCA lifted their ban on supernatural content in comics, for years vampires, mummies, zombies and the like were not allowed to be featured in comics unless they were overtly benign and childish, but once moral straightjackets started loosening, Marvel was quick to jump at the chance to unleash their modern monsters upon the comic reading world with relish. Mere months after the ban was lifted, Roy Thomas and Gil Kane created Morbius, the Living Vampire, Thomas was actually the first writer besides Stan Lee to work on ASM, in this very issue he broke Stan’s 100 issue streak, and another point of interest, Kane based Morbius’ look on actor Jack Palance, whose chilling demeanor is known by many a fan of cinema. This first appearance features the origin story of Dr. Michael Morbius, whose bloodlust is sparked not by a vampiric attack, but a science experiment, meant to cure a blood disease, gone awry. The character would go on to star in the B&W magazine Vampire Tales and continues on throughout Marvel history as a tortured antihero. The recent announcement of the Jared Leto “Morbius” movie has driven prices of this book into the upper echelons of Bronze Age books, now is the time to invest in this popular and accessible key.