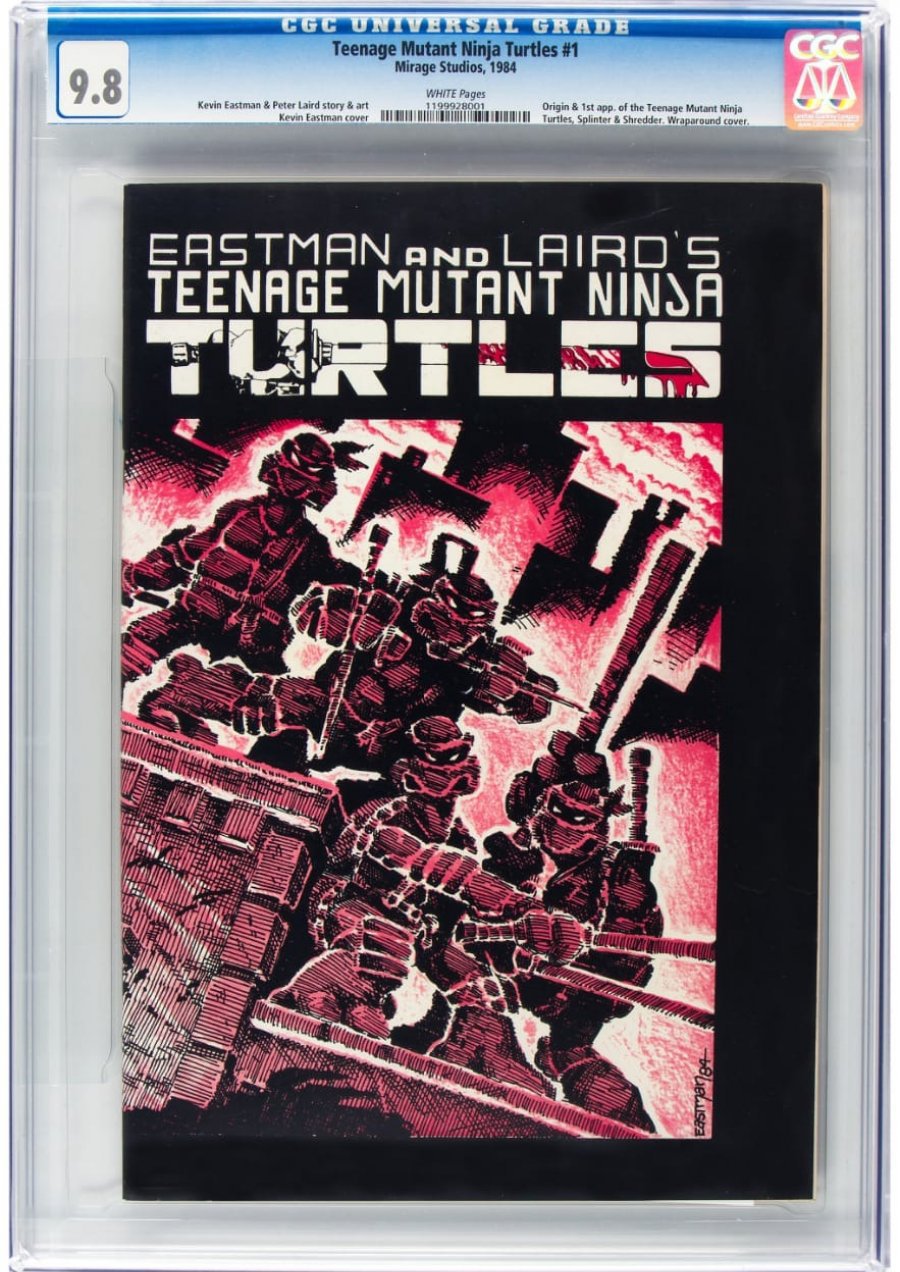 $59,000.00
Sold For
1
Offers
PUBLISHER: Mirage
COMMENTS: white pgs; highest grade!
origin and 1st app. of the TMNT; most valuable comic of the Copper Age!
Highest Graded
Read Description ▼
Sell One Of These Inquire About This

Watch
white pgs; highest grade!
origin and 1st app. of the TMNT; most valuable comic of the Copper Age!
Highest GradedAnybody who grew up in the 1980s understands the significance of this comic book. It is the Action #1, the Showcase #4 and Amazing Fantasy #15 of the 80s. Self-published by scrappy creators Kevin Eastman and Peter Laird, this book contains the origin stories of the Ninja Turtles and the Splinter, as well as the introduction of Shredder, and the Foot. The moody cover, an homage to Frank Miller's Ronin mini-series, features deep blacks and bloody reds with muscular cross-hatched renditions of our heroes standing ready against the forces of evil. Eastman and Laird's characters were soon to be toned down and made more child-friendly, but in these early books, they pulled no punches on the way to devouring their beloved pizza pies.
A Copper Age classic, not many comics can be referred to as that, but this particular issue, one which gave rise to numerous films, cartoons, video games and the like, has truly earned those accolades. This book is notoriously difficult to find in such good condition, the black motif displays creases and dimples as easily as light covers show dirt and stains. With a sequel to the latest iteration of TMNT released upon the world the time is nigh to grab your own copy before the price begins to climb once again.