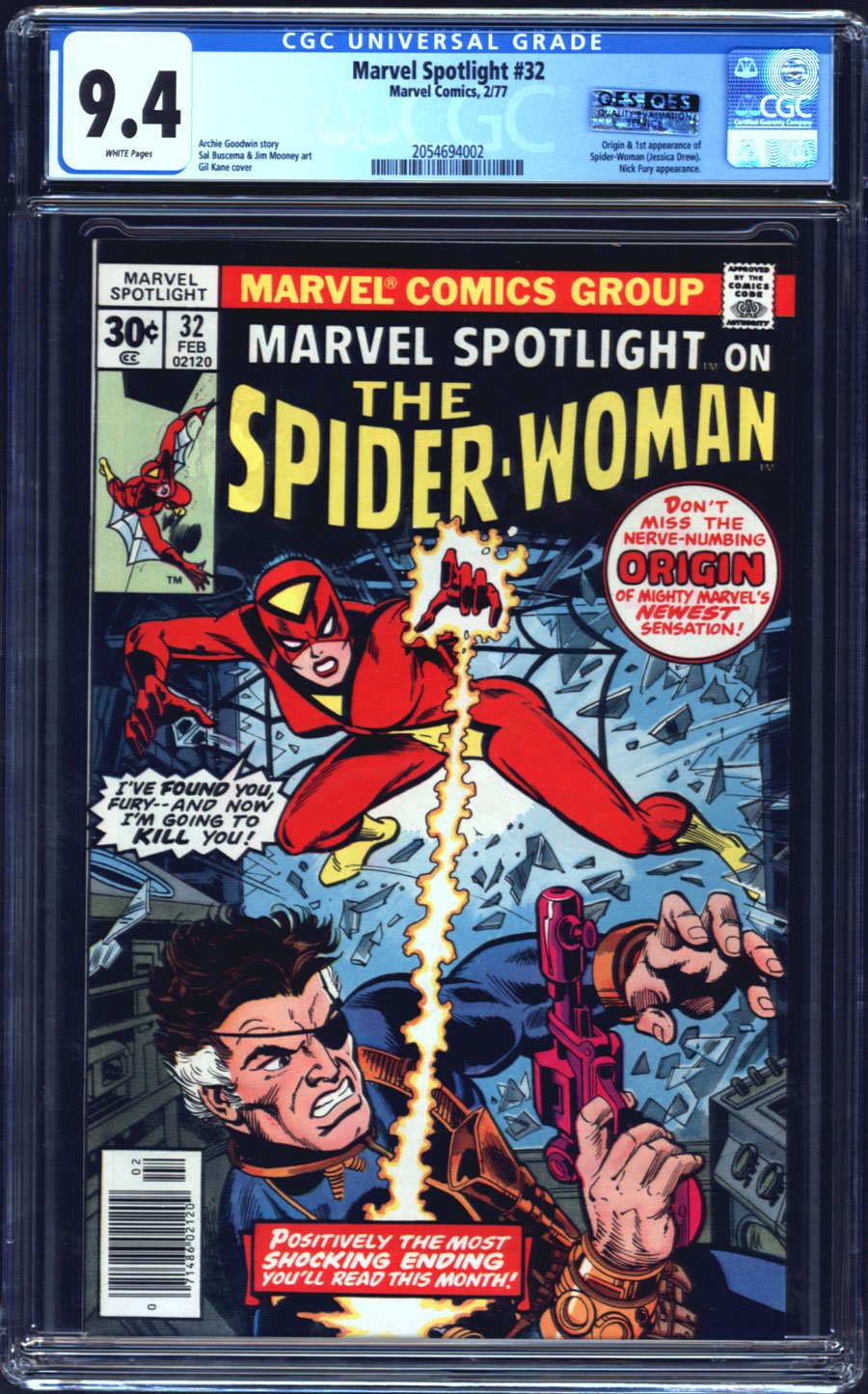 Watch
white pgs; QES Certified: Criteria met: impressive prime focal area + deep color strike (black, red & blue)
origin and 1st app. Spider-Woman (Jessica Drake)Marvel Spotlight #32 features the origin and first appearance of Spider-Woman (no relation). Originally created by writer Archie Goodwin as a one-off character, the issue did surprisingly well and writer Marv Wolfman was tasked to take on the new heroine. Wolfman gave Spider-Woman the alter-ego of Jessica Drew, a combination of his daughter’s first name and the last name of fictional detective Nancy Drew. Her second appearance saw a retcon of her origin to that more of a traditional super-hero, as she took on the nefarious Hydra. Fluctuating sales and creative differences led to the writers killing Spider-Woman off after a fifty-issue run, upsetting fans around the world. Although she was later resurrected Spider-Woman's appearances in comics would be scarce for the next 10 years, often not even in costume. The year 2005 saw a major revival of the character when writer Brian Michael Bendis featured Spider-Woman as a member of "the New Avengers,” where she would become prominent in comics for the next decade and a key figure for 2009's Secret Invasion storyline. Due to her major resurgence, a solo series for the character was in high demand, and she was ranked #20 in IGN's Top 50 Avengers even after being a member for just over a decade. Although she shares no connection in origin or powers to Marvel’s most popular web-slinger, Spider-Woman has teamed up with Spider-Man on many occasions and there are plans to feature her in the sequel to 2018's highly praised "Into the Spider-Verse.” With the MCU gearing up for the movie adaption of the Secret Invasion storyline, Spider-Woman is likely going to become a household name in the next few years, driving up the value of her first appearance for collectors and aficionados alike.