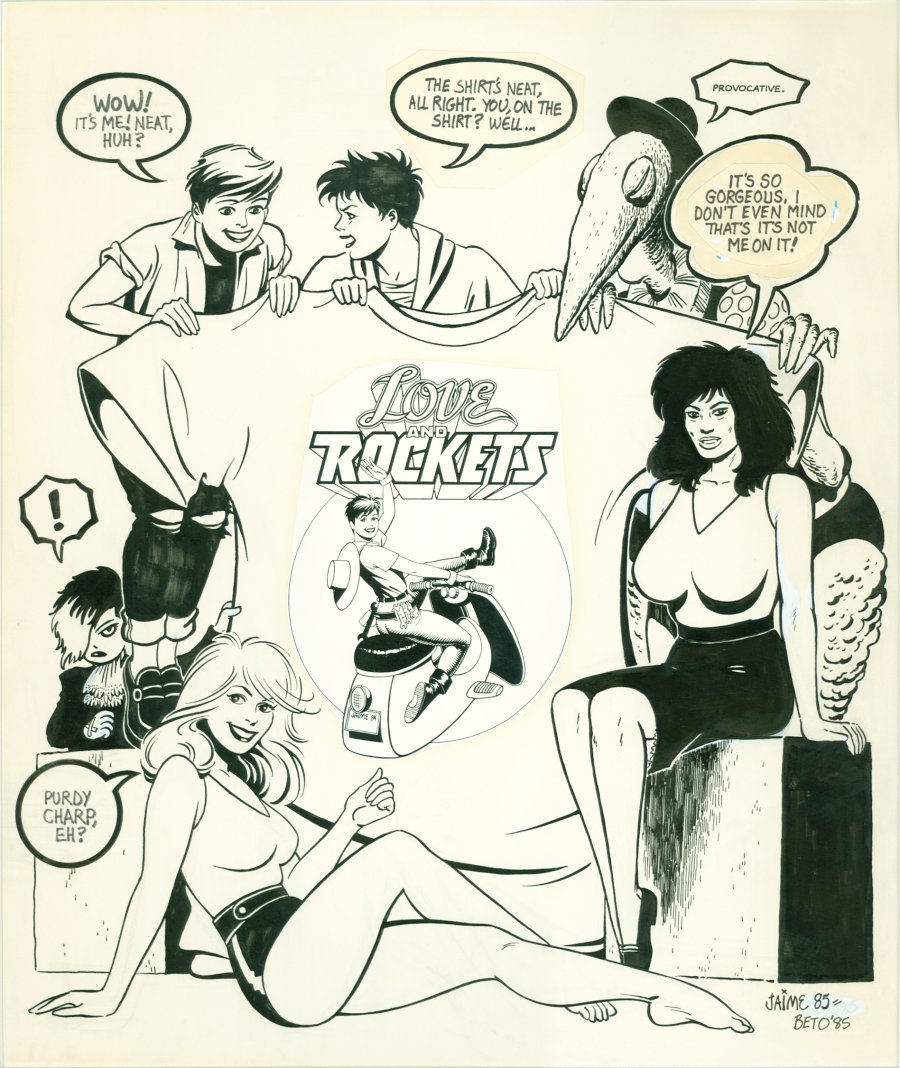 $4,074
Sold For
42
Bids
This auction has ended.
PUBLISHER: Fantagraphics
COMMENTS: Jaime and Gilbert Hernandez pencils and inks; Ad for L&R T-Shirt;1985; image size 12.5" x 15"
Read Description ▼
Sell One Of These Inquire About This

The image on the T-shirt is a photostat, the rest is all original drawing.

Jaime and Gilbert Hernandez's Love and Rockets is perhaps the most important title to emerge out of the early 80's independent comics scene, with it's humanistic stories and indelible characters it would influence a generation of comics creators and readers alike. From Jaime's East L.A. new wave opus Locas starring Maggie and Hopey along with a long list of supporting players to Gilbert's Palomar stories following the life of Luba, a hard traveled family matriarch. These stories spanned years and included all the ups and downs that we all experience. Though the format has changed more than once the Hernandez's continue to churn out these stories with semi-regularity ensuring that they will endure for generations to come.