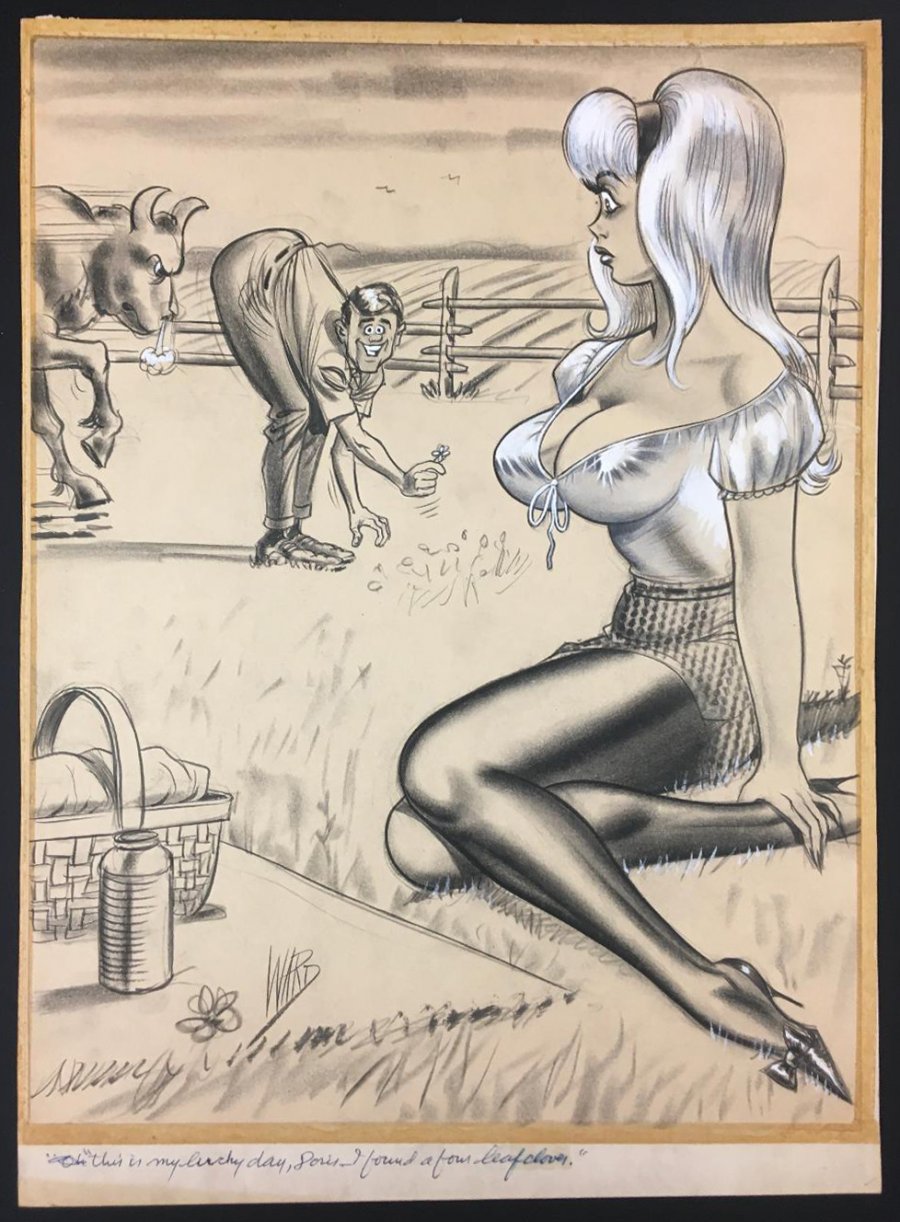 Watch
Bill Ward art; Humorama pin-up; circa 1960's; image size 13" x 17"'This is my lucky day Doris, I found a four leaf clover". Beautiful Humorama pin-up by Ward featuring one of his trademark curvy women. Ink wash w/white paint and conte crayon. Art is in very good condition, there is some glue residue from where the art has been mounted. Mounted to 15" x 21.5". Signed by Ward.

Bill Ward is known as perhaps the quintessential 'good girl' artist, but his career goes much farther than that. Ward began in the early days of comics' Golden Age drawing for Fawcett and Quality Comics. In 1946 Ward would create Torchy for Quality and that would lead to his transition from comics to more pin-up and gag work for humor and men's magazines. His work with different mediums and embrace of texture in his drawings would inspire many that followed.