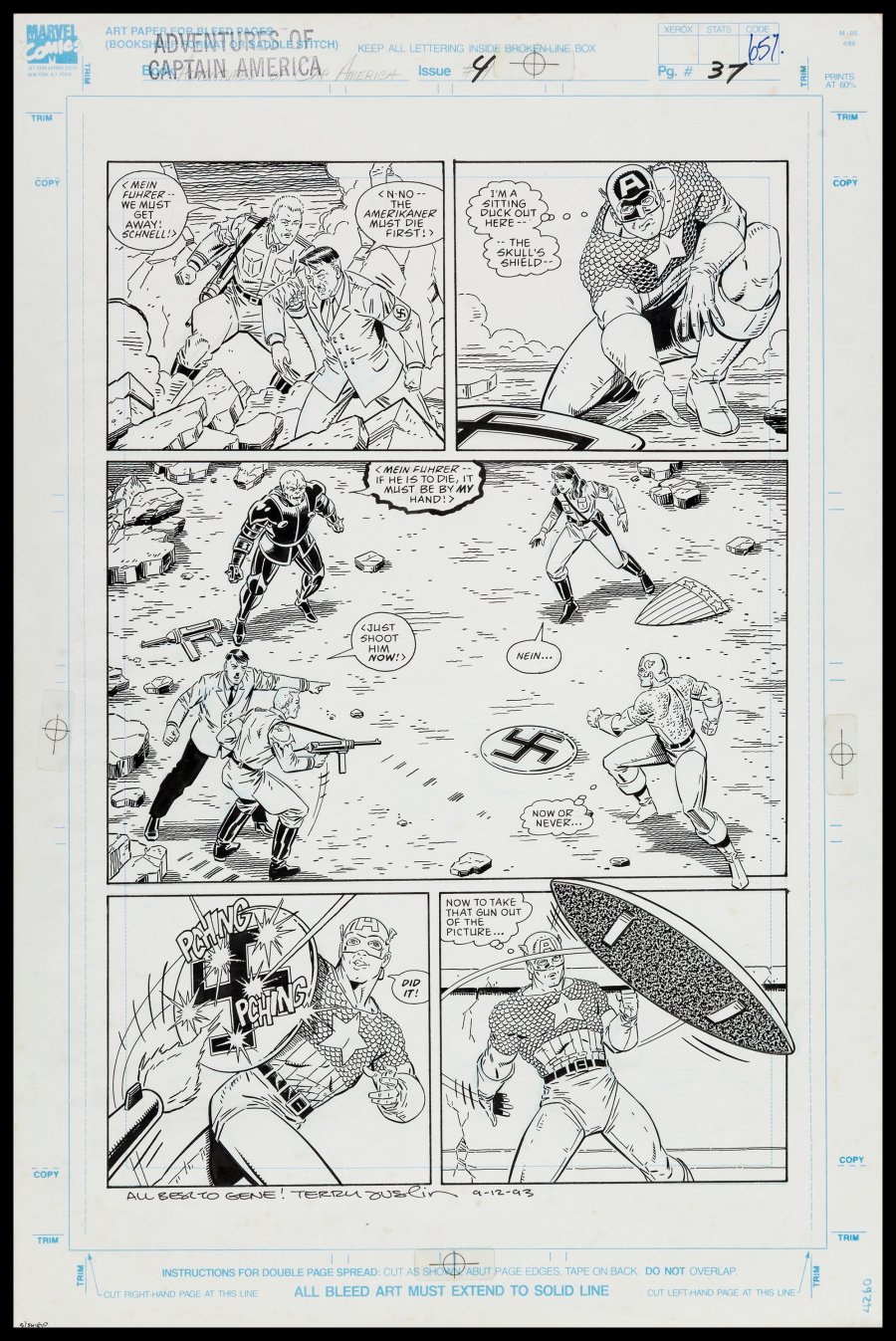 Watch
Terry Austin inks; page 37; 1992; image size 10.5" x 15.75"The pencils on this book were credited to Kevin Maguire, Kevin West, and Steve Carr, so it's hard to know who worked on this particular page. No matter who drew it, it's a super cool Cap page with Hitler and the Red Skull in it. Pen and ink. Art is in excellent condition. Signed and inscribed by Austin.
Artist Information