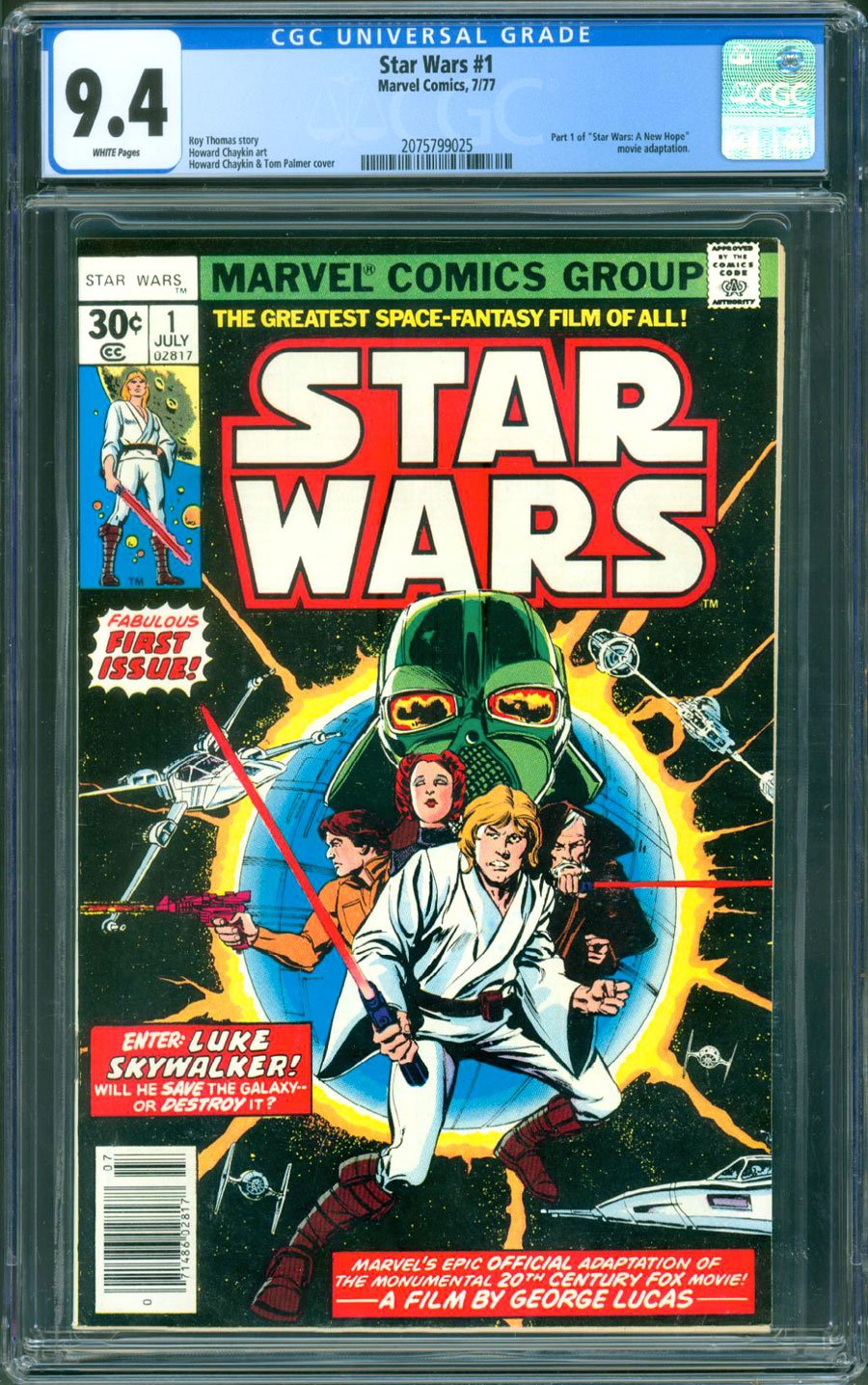 $580
Sold For
12
Bids
This auction has ended.
PUBLISHER: Marvel
COMMENTS: white pgs
Howard Chaykin cvr/art; part 1 of the children's movie classic: Star Wars: a New Hope
Read Description ▼
Sell One Of These Inquire About This

Watch
white pgs
Howard Chaykin cvr/art; part 1 of the children's movie classic: Star Wars: a New HopeSure, it's the movie that changed cinema, but it was also the comic that saved Marvel, kinda. When Marvel bigwig and comics legend Roy Thomas got a sneak work-in-progress screening of the risky, widely derided space oater in early 1977, he cannily browbeat a skeptical Stan Lee into snagging the comics rights to the future mega-franchise. It didn't take much to convince filmmaker George Lucas, as the notorious fanboy was a long-time Marvel maniac and knew that the House of Ideas was the only logical home for his daring new project. After months of furious work on the part of Thomas and artist Howard Chaykin, the first issue hit stands in advance of the film's premiere, making it a novelty amongst Star Wars tie-ins. Of note are the off-model portraits and color choices littering these early issues, as Chaykin and company had only stills and workprints off of which to craft the book, leading to a surprisingly beefy Luke, a zaftig Leia, and...a green Vader? Forget all that, it's Star Wars, the most significant pop-cultural creation of the past 40 years, and you love it, you know you do.