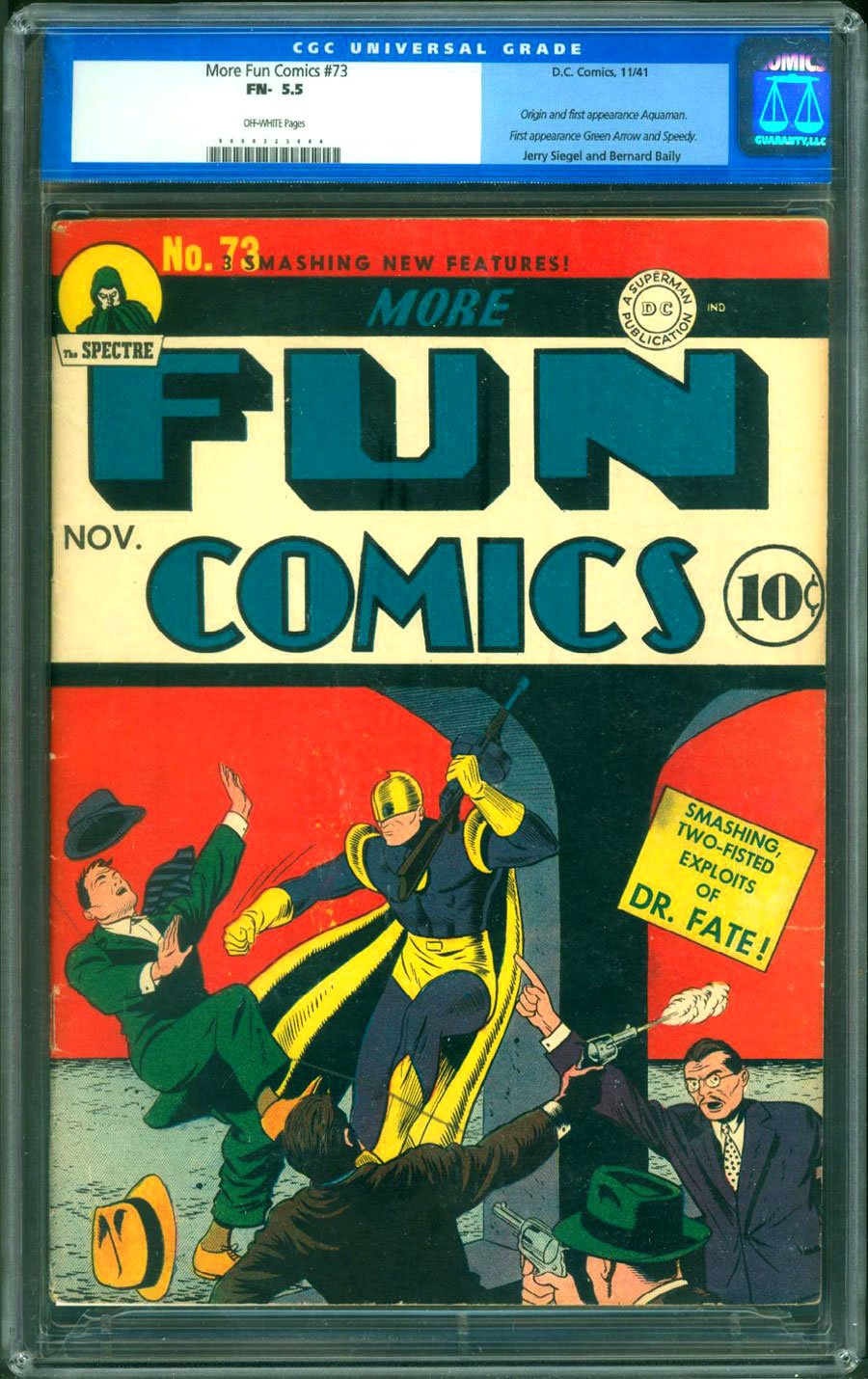 Watch
ow pgs
Origin and 1st app. Aquaman! 1st app. Green Arrow and Speedy!
DC Premiere CollectionThis issue features the first appearance of not one, not two, but three major superheroes of the DC Universe. Both Green Arrow and his sidekick Speedy, as well as Aquaman, make their comic book debuts in More Fun #73. Inspired by Robin Hood and a movie serial hero called the Green Archer, Green Arrow was created by the team of Mort Weisinger and George Papp. The character later gained new life as a wisecracking political crusader in the 60s. Today, Arrow has his own hit television show, which has recently concluded its 8th and final season. The Aquaman franchise has also enjoyed a great deal of success due to DC's "Justice League" film and his own self-titled feature. As a result, there's no slowing in demand for this investment collectible.

It was recently announced that Doctor Fate will be appearing in the upcoming DCEU entry “Black Adam” so this comic is likely to see an uptick in interest and value once the movie is released, with just over fifty copies on the census, it will be difficult to lay claim to this elusive Golden Age classic. Deep blues contrast against bloody reds and stark whites on this memorable cover. This book has always been a big draw thanks to Aquaman, Green Arrow, and Speedy, and now you can add Doctor Fate into the heady mixture, driving this already valuable comic through the roof!